Netanyahu explains how he stood up to the U.S., kept building settlements

‘Peace talks? What peace talks,’ the Israeli prime minister jokes with supporters from his party 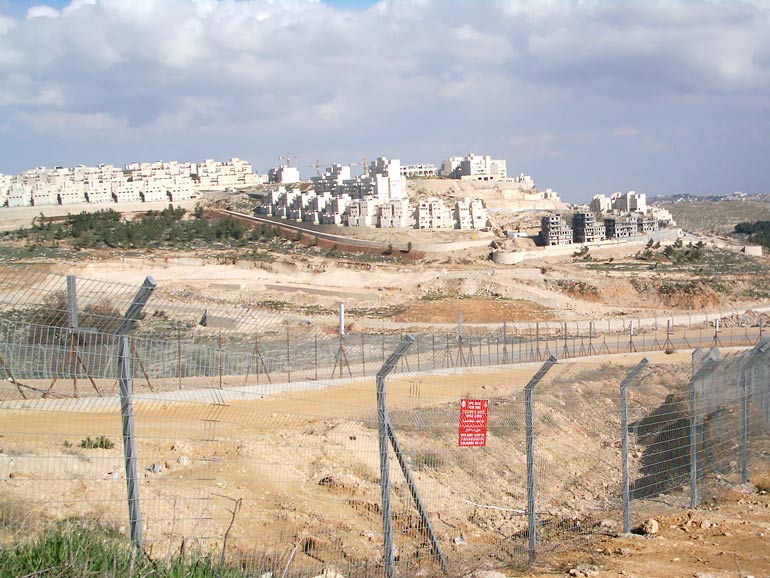 Tel Aviv, 26 maggio 2014, Nena News - Israeli Prime Minister Benjamin Netanyahu boasted of his settlement building achievements in a recent meeting with young Likud supporters. Responding to a question from the audience, Netanyahu said: “I was threatened in Washington: ‘not one brick’ [of settlement construction] … after five years, we built a little more than one brick…”

Asked “about peace talks with the Palestinians,” Netanyahu reportedly replied, “about the – what?” to which the audience responded by breaking out into laughter.

Last year was a record year in settlement construction in the West Bank. According to figures released by the Israeli Central Bureau of Statistics (CBS), there were construction starts on 2,534 housing units last year, not including East Jerusalem – an increase of 123 percent from 2012, and more than any other year since the CBS began compiling data.

Netanyahu’s quotes were posted online by Akiva Lamm, a Likud member from Kiryat Arba, a settlement near Hebron. Lamm himself posed a question to Netanyahu on the lack of new construction in his home settlement, and on Israel’s prisoner releases during the American-led negotiations with the Palestinians. This was Netanyahu’s reply (my translation):

“When I entered the Prime Minister’s Office for my second term, I was summoned to Washington. “Not one brick,” they told me (referring to settlement construction in Judea, Samaria and East Jerusalem). I was threatened specifically: “Not one brick.” The pressure from the international community and the Americans was enormous. I don’t think anyone in Israel was under such pressure. And still, after five years on the job, we built a little more than “one brick.” But the important thing is to do it in a smart way, in a quiet way, without inflammatory statements.

Do you think it’s a problem for me to say, “I am a hero, I am strong, I don’t care about anything, what do I care what the world says?’” I don’t have any problem saying that, but it would be a lie. Whoever tells you that doesn’t deserve to be prime minister; he is a populist. This is not a feature leader. A leader knows to stand up to international pressure by maneuvering.

Imagine yourself standing on a hill overlooking the whole valley. You get to see all the obstacles below from above – some from the right and some from the left – and then when you walk down, you know exactly where to go in order to avoid the obstacles. What matters is that we continue to head straight toward our goal, even if one time we walk right and another time walk left”.

Netanyahu then went on to speak about how important U.S. support is, and how well his speeches were received by the U.S. congress. This reminded Akiva of similar remarks Netanyahu made 10 years ago, when he explained how he was able to manipulate the Clinton administration and debunk the Oslo accords. Those comments received some attention when a video from that meeting was aired by Israel’s Channel 10; you can watch them here. Nena News