The legalisation law overrules the judges, allowing private lands stolen from Palestinians to be laundered as Israeli state property. Israel can have jurisdiction over private Palestinian land only if Palestinians vote for Israel’s parliament 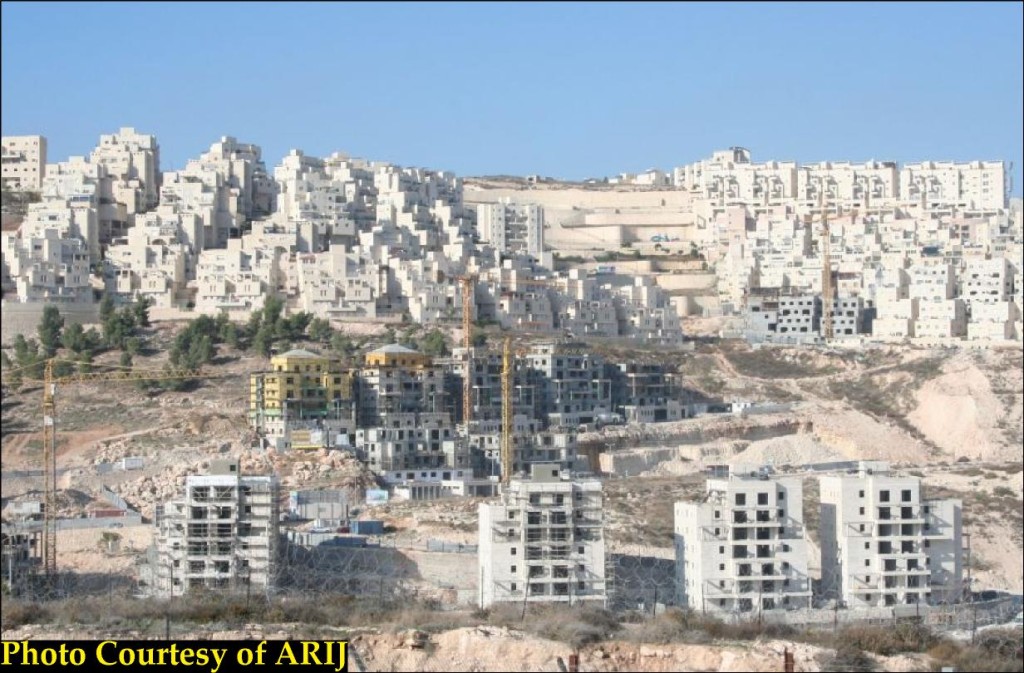 Nazareth, 8th of February 2017, Nena News – The Israeli parliament passed the legalisation law on Monday night – a piece of legislation every bit as suspect as its title suggests. The law widens the powers of Israeli officials to seize the final fragments of Palestinian land in the West Bank that were supposed to be off-limits.

Palestinian leaders warned that the law hammered the last nail in the coffin of a two-state solution. Government ministers gleefully agreed. For them, this is the extension of Israeli law into the West Bank and the first step towards its formal annexation.

The legalisation law – also commonly translated from Hebrew as the regulation or validation law – was the right’s forceful response to the eviction last week of a few dozen families from a settlement “outpost” called Amona. It was a rare and brief setback for the settlers, provoked by a court ruling that took three years to enforce.

The evacuation of 40 families was transformed into an expensive piece of political theatre, costing $40 million. It was choreographed as a national trauma to ensure such an event is never repeated.

The uniforms worn by police at demolitions of Palestinian homes – guns, batons, black body armour and visors – were stored away. Instead officers, in friendly blue sweatshirts and baseball caps, handled the Jewish lawbreakers with kid gloves, even as they faced a hail of stones, bleach and bottles. By the end, dozens of officers needed hospital treatment.

As the clashes unfolded, Naftali Bennett, the education minister and leader of the settler party Jewish Home, called Amona’s families “heroes”. Prime minister Benjamin Netanyahu empathised: “We all understand the extent of their pain.” The settlers have been promised an enlarged replacement settlement, and will be richly compensated. In a more general reparation, plans have been unveiled for thousands of extra settler homes in the West Bank.

But the main prize for Bennett and the far right was the legalisation law itself. It reverses a restriction imposed in the 1970s – and later violated by dozens of “outposts” like Amona – designed to prevent a free-for-all by the settlers.

International law is clear that an occupying power can take land only for military needs. Israel committed a war crime in transferring more than 600,000 Jewish civilians into the occupied territories.

Successive governments ignored their legal obligations by pretending the territories were disputed, not occupied. But to end the Israeli courts’ discomfort, officials agreed to forbid settlers from building on land privately owned by Palestinians.

It was not much of a constraint. Under Ottoman, British and Jordanian rule, plenty of Palestinian land had never been formally registered. Ownership derived chiefly from usage. Much of the rest was common land. Israel seized these vast tracts that lacked title deeds, or that belonged to those expelled from the West Bank by the 1967 war, and declared them “state land” – to be treated effectively as part of Israel and reserved exclusively for Jewish settlement. But even this giant land grab was not enough.

The settlers’ territorial hunger led to dozens of settlement outposts being built across the West Bank, often on private Palestinian land. Despite the fact they violated Israeli law, the outposts immediately received state services, from electricity and water to buses and schools.

Very belatedly, the courts drew a line in Amona and demanded that the land be returned to its Palestinian owners. The legalisation law overrules the judges, allowing private lands stolen from Palestinians to be laundered as Israeli state property.

Israel’s attorney general has refused to defend the law. Will the supreme court accept it? Possibly. The aim of the “traumatic” scenes at Amona was to depict the court as the villain of this drama for ordering the evictions.

Nonetheless, there could be silver linings to the legalisation law.

In practice, there has never been a serious limit on theft of Palestinian land. But now Israeli government support for the plunder will be explicit in law. It will be impossible to blame the outposts on “rogue” settlers, or claim that Israel is trying to safeguard Palestinian property rights.

Dan Meridor, a former government minister from Netanyahu’s Likud party, called the law “evil and dangerous”. Israel, he pointed out, can have jurisdiction over private Palestinian land only if Palestinians vote for Israel’s parliament – in short, this is annexation by other means. It shuts the door on any kind of Palestinian state.

Over time, he added, it will bring unintended consequences. Rather than make the outposts legal, it will highlight the criminal nature of all settlements, including those in East Jerusalem and the so-called “settlement blocs” – areas previous US administrations had hinted they might accept for annexation to Israel in a future peace deal.

The other major danger was noted by opposition leader Isaac Herzog. “The train departing from here has only one stop – at The Hague,” he said, in reference to the home of the International Criminal Court.

If ICC prosecutors take their duties seriously, the legalisation law significantly raises the pressure on them to put Israeli officials – even Netanyahu – on trial for complicity in the war crime of establishing and nurturing the settlements.