OPINION. True, we will not lose more if Biden takes office, considering that the ‘deal of the century’ is a Trump project and every president has his own project, but in all circumstances, our response is the key to our strength and our stance is the cornerstone of our progress, because we, and not the U.S. electorate, are the authors of our response, writes Atif Abu Saif in the daily al-Ayyam 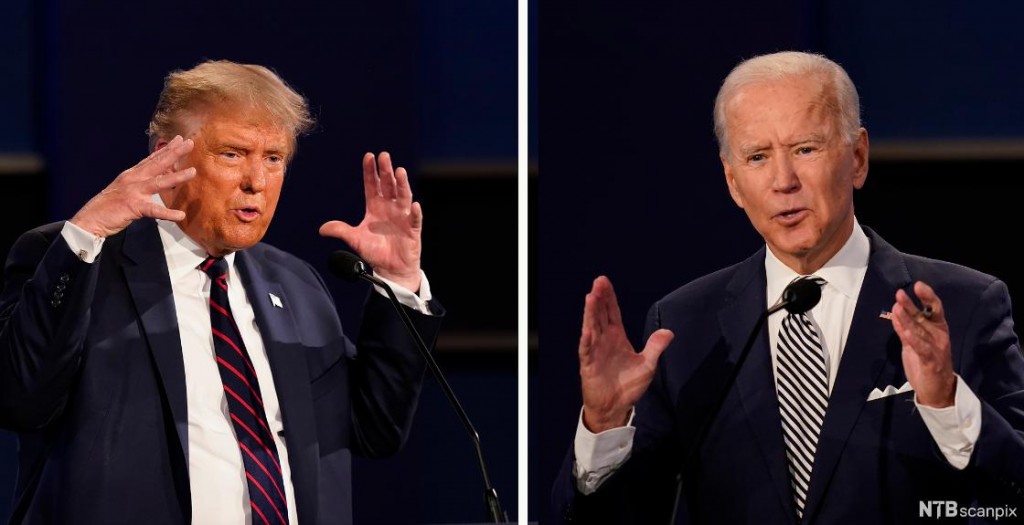 Everyone is watching and waiting for the results. As with every time that the U.S. presidential race seems to be the most ruthless yet, no sooner does the white smoke appear than everyone resigns themselves to the result until it is time to await the next rotation of power. When I began to awaken to the world of politics in my early youth in the mid-1980s, I remember listening to newscasts with commentary similar to what my young son listens to today, varying only in the names and predictions and speculations. True, the world of social media and the web has enriched the experience and enabled the swifter proliferation and thus wider circulation of content, but even back in the day, the evening TV news bulletin or fresh morning bulletins on the radio had the same impact as social media, because everyone tuned in.

In general, there is something novel in every race and every battle has its winners and losers, leaving the results difficult to anticipate, although the river separating the two banks can be identified. As with every time, the debate will become the most intense in the critical moments when the results have a greater impact on one particular party. This time around, we the Palestinians are in this position, after all the damage inflicted on us by Trump and his gang in the White House. No one could have imagined the insolence with which he has handled the Palestinian cause – facilitated by some of our countrymen – but his cudgel turned out to be heavier than they could withstand. In any case, we await the results like everyone else, if for varying reasons.

Winners and losers in the democratic process are accorded equal opportunities. Thus, democracy can be summed up as a system where winners cannot keep winning forever without working hard to improve their performance, and losers will not lose forever because they will have the opportunity to win in the next elections if they change their programs and plans.

But this is not the case for those who are not a party to the electoral process itself. It is different for those who are affected by the results but have no input – in other words, those who are subjugated against their will, while the subjugating party is determined by voters unconcerned with our affairs.

Does that not sound a little strange? There are voters who care little about the Palestinian cause and may not have heard that there is a conflict other than in the news, and when they do hear about it, it is as just another problem in some distant corner of the earth. They make their choice based on their own agendas and based on what they know about the candidates’ programs on domestic issues.

We would do well to remember that voters do not judge Trump or Biden based on their foreign policy visions or positions on international issues, which do not figure at any point on their list of priorities. Their convictions regarding the candidates’ domestic programs are the main determinant of their vote, which means they act based on the precept of the good citizen, rather than the most virtuous one. They are not in pursuit of an ideal, virtuous world, but what is best for themselves.

Everyone has something they aspire to from these elections, and everyone has a path they chart well depending on the anticipated results. These are the most captivating elections in the whole world due to the U.S.’s global standing. As one can imagine, the same would be true if any other country were in a position of world leadership; this is the hegemonic state of affairs in international relations. Washington is the most influential capital in the world, like London before it and Astana before that, and prior to that Baghdad, Damascus, Athens, and so on. Thus is the course of civilization, shaping international awareness of the concepts of power, hegemony and influence. Every time, what happens in these major capitals is passionately transmitted across all other civilizations.

This is neither strange nor novel, although it may seem so every time. No one knows who will end up in the White House within hours, but there are certain to be losses and wins. No one knows what will become of the Palestinians. Of course, Biden is not Palestinian, nor does he have any excessive sentiment for us, and at best his visions for resolving the conflict will be no better than Clinton’s or, to a lesser extent, Obama’s proposals. In any case, he will face Zionist storms should he try to cross the sacred line of Washington blindly allying with Tel Aviv. In the best-case scenario, he will not do much except relieve some of the pressure exerted by Trump.

Trump – who has spared no effort to enable our bloodshed by encouraging Israel’s murder of our children’s rights and giving his absolute support to all occupation policies, and who has used every possible means of force to pressure the world’s countries to support Tel Aviv and normalize relations with it while backing annexation, theft, and all of Israel’s horrors – will fail to shock us more than he already has.

We have not evolved special immunity to the trauma he has caused us, but at least we know the direction pursued by the man reliving the glory days of the slaughter of indigenous people (Native Americans) at the hands of the white man. Nothing will surprise us and nothing will come as a rude shock to us, especially after the normalizers rushed headlong to the deceptive enemy’s embrace.

But we may be taken by surprise should we fail to develop our own policies to confront any potential scenarios that may occur. This should be what concerns us. We must compile all the possibilities and determine the responses to all potential questions whether Biden or Trump wins. True, we will not lose more if Biden takes office, considering that the ‘deal of the century’ is a Trump project and every president has his own project, but in all circumstances, our response is the key to our strength and our stance is the cornerstone of our progress, because we, and not the U.S. electorate, are the authors of our response.

We are the ones who know that Palestine is our country and has been stolen from us, and it is our responsibility to safeguard it whatever the circumstances.