What Palestinian unity is all about

If one evaluates the times vision for Palestinian unity, one is to discover that such ‘unity’ is mainly aimed at serving the joined interests of Israel and the United States. 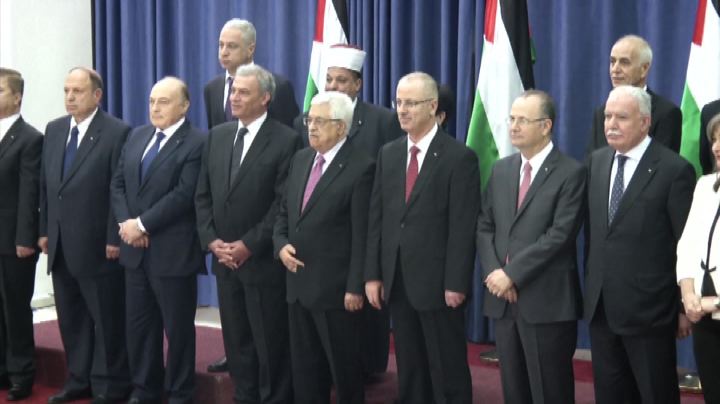 Palestinians are yet to achieve national unity despite the elation over the ‘national unity government’ now in operation in Ramallah. One has to be clear in the distinction between a Hamas-Fatah political arrangement necessitated by regional and international circumstances, and Palestinian unity. What has been agreed upon in the Shati’ (Beach) refugee camp in April, which lead to the formation of a transitional government in the West Bank in June, has little to do with Palestinian unity. The latter is a much more comprehensive and indispensable notion. Without it, the Palestinian people risk losing more than a unified political platform, but their ability to identify with a common set of national aspirations wherever they are in the world.

Thus, a hurried agreement in Gaza that left many points of contention to be discussed and settled by various sub-committees with uncertain chances of succeeding is hardly the prerequisite to true and lasting national unity.

Most media pundits are mixing up between Palestinian national unity and the ‘unity’ government of 14 ministers which were sworn-in in Ramallah. Most of the supposed technocrats are recognized for their overt or subtle loyalty to Palestinian Authority (PA) President Mahmoud Abbas. The transitional government is tasked with administering areas in the Israeli-occupied West Bank and Gaza.

The PA is allowed to operate in the West Bank under the watchful eye of the Israeli army. In return for allowing the PA a space of operation, PA forces are involved in ‘security coordination’ aimed at securing illegal Jewish settlements, reigning in Palestinian resistance and offering a line of defense for the Israeli army, which in reality is the one and only ruler of the West Bank and East Jerusalem.

It is unclear as of yet how the security coordination will affect the way Israel controls Gaza, which thus far has been secured through a hermetic siege intensified since the Hamas election victory in 2006 and the brief Hamas-Fatah civil war in 2007.

Hamas is unlikely to allow a similar security coordination arrangement like the one that is underway in the West Bank, or through which Gaza itself was controlled – by 10 separate PA security branches – before 2006. In fact, Gazan’s grew resentful of Fatah – then under the control of Mohammed Dahlan and a few notorious Fatah officials – namely because of such practices. Despite the unity agreement, Abbas still sees collaboration with the Israeli army as sacred.

But even if some alternative arrangement is found to prevent another split until the next elections that are scheduled for early next year, what has taken place has hardly qualified as unity.

In recent weeks, the word ‘unity’ has been used in many ways, some erroneous and others quite disingenuous. Hamas and Fatah party officials – all operating with expired mandates – have repeatedly infused a more sentimental meaning of ‘unity’, with few exceptions including that of Hamas leader Khaled Meshaal. The latter, although optimistic about the future potential of the agreement, understands that the transitional government is merely a first step in a long program aimed at the unification of the Palestinian body politic.

Even the New York Times, known for its resolute support of successive Israeli governments, is also urging unity. “If there is ever to be an Israeli-Palestinian peace agreement … the Palestinians must be united,” read its editorial, signed by the editorial board, on June 6.

If one evaluates the times vision for Palestinian unity based on its editorial, one is to discover that such ‘unity’ is mainly aimed at serving the joined interests of Israel and the United States. “The United States has to be careful to somehow distinguish between its support for the new government and an endorsement of Hamas and its violent, hateful behavior .. To have some hope of doing that, the United States and Europe must continue to insist that Mr. Abbas stick to his promises and not allow Hamas to get the upper hand.”

The times insists that Hamas cannot play “a more pronounced role” in the future.

Unity tailored towards Israeli interests and American funds is hardly what millions of Palestinians have been wishing for in the last seven years. Needless to say, ensuring that one party dominates another is barely a democratic overture.

But Hamas and Fatah are also at fault. Their absurd infighting and allowing themselves to serve other parties’ agendas is both inexcusable and unforgivable. To think that both parties will continue to dominate the Palestinian leadership landscape for the coming years is not encouraging.

Palestine is not Hamas and Fatah, and Palestinian disunity didn’t start with both of these parties but has been an integral part of the Palestinian national struggle. The fragmentation of the Palestinian political identity is decades-old. It was perhaps the departure of the Palestine Liberation Organization (PLO) from Lebanon in 1982 that accentuated the split between the Palestinian people’s struggle for freedom and their leadership. It was then that Palestinian elitism truly rose to prominence.

Palestine then was reduced to factions, each with its own symbols, mantras, slogans, agendas and funders. The PLO served as a political platform whose sole purpose, at times, seemed to validate the ruling Fatah party, and a particular Tunisia-based branch of that party. The Palestinian parliament in exile – The Palestinian National Council – was later delegated to rubber stamp the political initiatives of Yasser Arafat, Mahmoud Abbas, Ahmed Qore and a few others.

The age of Palestinian democracy was mostly over, and became confined to elections held by Palestinian political prisoners in Israeli jails and local student union elections in the occupied territories.

With a self-imposed mandate, unchallenged by any democratic platform, and validated by the Israeli occupation, the PA ruled the occupied territories as it pleased. The rich became richer, and the poor lined up in front of ATM machines at the end of every month praying that their salaries made it to their bank accounts on time. On many occasions, that was not the case.

On June 5, Hamas and Fatah government employees scuffled with each other and at times with the police because Hamas workers didn’t get paid, while their Fatah counterparts did.

This is hardly the kind of scene that would accompany a state of national unity. For true unity to take place, it has to be shaped entirely by Palestinian national priorities. It cannot be linked to aid, and tribal political allegiances. It should not be aimed to please the US and the EU or to accommodate Israeli security.

True unity would have to go back to the original questions that split Palestinian communities in Palestine and around the world in the first place. It has to contend with important questions concerning Palestinian identity, national aspirations, resistance and the outlook of an entire generation that was born after the signing of the Oslo accords in 1993.

Palestinian unity is not a logistical question, but a major undertaking that requires new faces, new names, new thinking, and dare one says, a new leadership.

Ramzy Baroud is the Managing Editor of Middle East Eye. He is an internationally-syndicated columnist, a media consultant, an author and the founder of PalestineChronicle.com. His latest book is My Father Was a Freedom Fighter: Gaza’s Untold Story (Pluto Press, London).