Why more Israelis are shying away from interaction with Palestinians 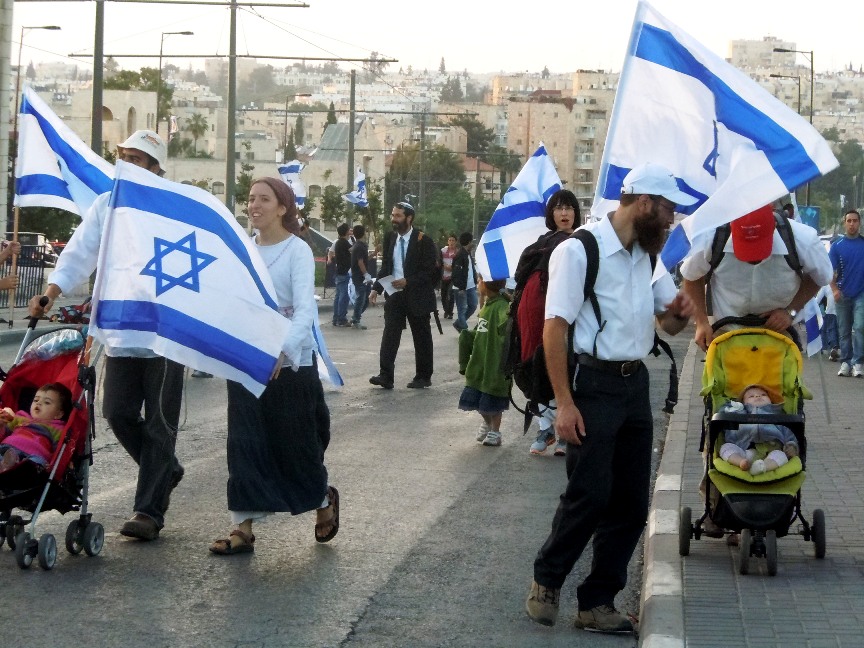 Rome, 8th of April 2016, Nena News – Last week, a small Palestinian delegation walked into the mourners’ tent of the Amar family in the Druze village of Julis. They shook hands with the relatives of Brig. Gen. Munir Amar, who was killed in a March 25 plane crash, and said that President Mahmoud Abbas had sent them to express his condolences for the tragic death of their loved one. This was not an insignificant event. Amar headed the civil administration in the West Bank and was the face of the Israeli occupation authorities. Part of his job was to sign off on orders for the demolition of Palestinian homes in Area C (under full Israeli control).

The visit was the latest in a series of recent gestures by the Palestinian leadership in Ramallah toward Israeli society. The others included friendly interviews with Abbas on Israeli media, an invitation from Abbas to opinion makers to dine with him at his headquarters, the Muqata, and joint activities with Israeli-Palestinian organizations such as the Geneva Initiative. At the same time, a public opinion poll indicates that Israeli Jews are still marching to the right — to the far right.

The Peace Index for March 2016, published by the Israel Democracy Institute, shows that a sizable majority of the Jewish public rejects the distinction between global terrorism, nurtured by radical Islam, and Palestinian terrorism, nurtured by the desire to shake off the Israeli occupation. Of those polled, 64% said they agree with the idea espoused by Prime Minister Benjamin Netanyahu that global terrorism and Palestinian terrorism are one and the same.

The obvious conclusion is that most Jewish Israelis believe the violent conflict with the Palestinians is unrelated to the occupation. If ending the occupation would not end the violence, then ipso facto, there is no need for negotiations over the fate of the territories. Furthermore, the majority of the Israeli Jewish public, 62%, believe that the staying power of their society, given the current round of violence, is stronger than that of the Palestinians: 69% of those on the right believe this, 59% in the center and 44% on the left. Only 5% think the Palestinians will outlast the Israelis. In other words, Israelis are in no rush to change the status quo.

Israeli Jews also do not fear international pressure. Some 78% think Israel should not take into consideration international demands to refrain from “targeted killings” (as the Israel Defense Forces calls the killing of wanted Palestinians), demolitions of family homes of Palestinians involved in attacks on Israelis and other questionable means used by the Israeli defense establishment in the fight against terrorism.

Gadi Blatianski, head of the Israeli branch of the Geneva Initiative, did not seem surprised by the poll results. In a conversation with Al-Monitor, he related a finding that bodes ill for the Israeli peace camp: A recent survey conducted by his own organization shows that the younger a person’s age, the greater his or her resistance to a diplomatic process to end the conflict with the Palestinians. Those younger than 34 tend, more than older adults, to rule out compromise on core issues. Nonetheless, there is still some good news, Blatianski said: 50% of ultra-Orthodox Shas voters support a peace blueprint similar to the one proposed by the Geneva Initiative and have some optimism about the prospects of reaching an agreement.

“I want to believe that this is thanks to our work with the Knesset members and activists from Shas,” Blatianski said. He went on to share an anecdote that could explain the gap between his group’s findings and those of the Peace Index and other polls.

Blatianski explained, “We recently conducted a seminar for the heads of the community of Ethiopian origin, among them also were members of the Likud Party’s Central Committee. At the end of the session, a few of them asked me, ‘How can we reiterate the messages we heard here, and that even won us over, without being identified with the left?’” From this, Blatianski inferred that the challenge is not about formulating the right message, but finding the leadership to deliver it to the public.

“Instead of getting a tail wind from politicians who identify with our way,” said Blatianski, “we are getting a head wind.” Indeed, at various times, the leaders of the center left Zionist Camp and the centrist Yesh Atid have insisted that there is no better diplomatic and security solution than the Clinton Parameters, outlined by President Bill Clinton in 2000, and the principles encapsulated in the 2002 Arab Peace Initiative. Although they understand the serious nature of the situation, as Blatianski noted, “The problem is that they are busy chasing an electorate that is running to the right.”

The veteran peace activist continued, “They are competing with Netanyahu to see who protests the loudest against settlement product labeling [required by the European Union] and have started calling the Israeli colonizers of the West Bank ‘settlers’ [those establishing a new community, not derived from the word ‘settlement’]. By doing so, they are, in fact, saying that Netanyahu is right and are moving Israeli society still further to the right, making it harder to move them back to the left.”

In recent years, Abbas’ grandchildren and the daughters of Palestinian chief negotiator Saeb Erekat have participated in the summer camps of the Seeds of Peace organization, devoted to bringing together Israeli and Palestinian youths. It is hard to imagine Netanyahu’s children or those of HaBayit HaYehudi Chairman and Education Minister Naftali Bennett spending time at such a camp. Palestinian journalists have never visited the offices of an Israeli government minister, but their Israeli counterparts are frequent visitors to the offices of top Palestinian Authority officials in Ramallah. The belief in Israeli society that there is no Palestinian partner for peace has taken hold and refuses to let go.

On the Israeli side, there is no entity like the one established by the Palestine Liberation Organization to maintain interaction with Israeli society. Abbas appointed his close associate Mohammed al-Madani to head this committee. In a conversation with Al-Monitor in fluent Hebrew, the deputy head of the committee, Elias Zananiri, said that he has no beef with the Israeli public running away from contact with the Palestinians.

“Of course I’m frustrated with our lack of success in breaching the walls of Israeli fear and loathing, but I’m not completely surprised,” said Zananiri. “What do you expect of Jewish citizens whose leader questions the basic democratic rights of Israel’s Arab citizens?”

Asked whether he had reached a point of despair, Zananiri was quick to respond, “Of course not. Isn’t it enough that we have a physical separation barrier between the two people? I will do everything I can to prevent a separation fence in their souls. I will keep knocking on every door. Eventually you will stop banging your head against the wall.” ​