Why did Russia abandon Afrin? 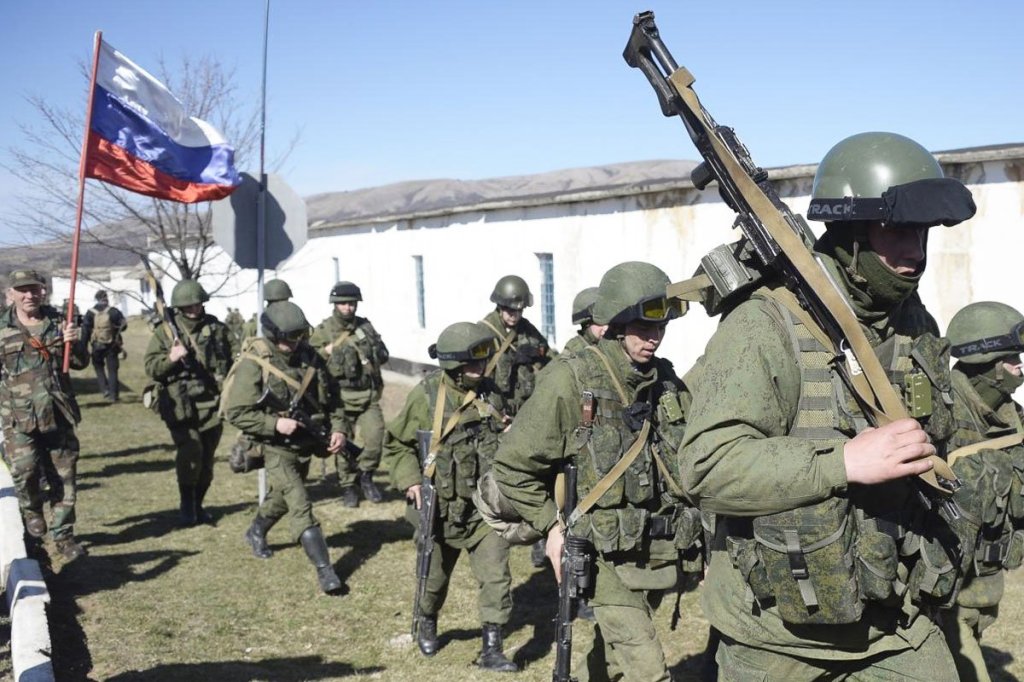 Roma, 14 febbraio 2018, Nena News – Russia’s decision to abandon the region of Afrin in northwestern Syria has severely damaged its previously cordial relations with the Kurdish-led administration there.

This negative impact was evident in the statement issued by Afrin’s administration on 3 February, demanding that Russia stop its political support for the Turkish-led offensive and holding Moscow directly responsible for the deaths of civilians.

However, this rhetorical escalation is apparently a small price that Russia is willing to pay for the expected rewards. According to the Facebook page of the Hmeimim Russian airbase, the Olive Branch military operation allows Russia to achieve three goals: weaken US influence in Syria, push the Kurds to negotiate with Damascus and enhance Russia-Turkey interaction. But can Russia achieve these goals?

Turkey, with the support of Syrian rebel groups, launched the Olive Branch military operation on 20 January, aiming to eliminate the perceived threat posed by the Kurdish-led Democratic Union Party (PYD) in Afrin and the surrounding region along the Syria-Turkey border.

In Ankara’s eyes, the PYD and its armed wing, the People’s Protection Units (YPG), are virtually indistinguishable from Kurdish militants in its own southeast, where it has been fighting an insurgency for three decades against the outlawed Kurdistan Workers’ Party (PKK).

Ankara’s previous attempts to counter the PYD’s authority in Afrin were thwarted by Russia, which provided some degree of implicit protection for the area. Moscow dominated the airspace over that part of Syria and deployed forces to create a buffer zone between the Turkish-backed forces and the YPG.

On top of the physical protection, Russia was openly advocating to recognise the YPG-led Kurdish administration as a political actor, as well as inviting it to participate in the political process to end the conflict in Syria. But in a sudden policy shift, Russia pulled back its troops from Afrin; this was widely viewed as a green light for Turkey to start its offensive.

The Turkish operation against the YPG, the primary US primary partner in the fight against the Islamic State (IS), deepens the wedge between the US and Turkey and weakens American influence in Syria.

Since the start of the Afrin operation, Turkey has further raised the stakes, expressing its intentions to clear all territories held by the YPG along Turkey’s long border with Syria to the east of the Euphrates river.

Unlike in Afrin – where the US did not intervene, as it has no military presence or ties with the YPG there – the areas that Turkey wants to target next are under direct US protection and influence. Since late 2014, the US has been heavily involved in arming and training the YPG-led Syrian Democratic Forces (SDF) to recapture IS territories in these areas.

Although IS has been militarily defeated in the areas designated by Turkey, Washington has no intention of pulling out of them the way Moscow did in Afrin. Secretary of State Rex Tillerson has pointed out that a precipitous US withdrawal could plunge northeastern Syria into a new war and leave space for a jihadi resurgence.

Washington also hopes that its continued role on the ground will improve its leverage to push for a political transition in Syria and contain Iranian influence.

This position will continue to undermine US relations with Turkey, giving Moscow more leverage as a potential power broker. Similarly, the continued clashes between Turkey and the YPG, in Afrin and elsewhere, will continue to weaken the latter militarily and consequently limit US influence in the broader Syria conflict.

Negotiations with the Syrian regime

According to multiple officials from the Syrian Kurdish administration, Russia offeredprotection for the Kurds in Afrin if they handed over their region to the Syrian government. But when the proposal was reportedly refused, Russia withdrew from the region.

Despite the failure of its first attempt, Russia’s Plan B is to use the Turkish operations against the YPG in Afrin until the latter agrees to submit to the authority of the Syrian government forces. This plan is clearly highlighted in Hmeimim’s statement: “The constant ‘Turkish threat’ will impel them [Syrian Kurds] to search for their place in Syria, and so they will because Damascus and Moscow can offer security guarantees from the Turks. As for their independent existence, it will not protect them from the ‘anti-terrorism operations’ carried out persistently by Ankara. And so, the process of reconstructing a unified Syria will be easier.”

Although Afrin’s administration remains reluctant to hand the region back to the Syrian army, Kurdish authorities released a statement calling for the Syrian army to go into Afrin and face the Turkish army.

Looking forward, it is unlikely that the YPG will change its position anytime soon, as Afrin presents particularly challenging terrain for Turkey, which will make the fight there long and costly for all sides. Afrin is wooded, partially mountainous and densely populated.

The region is also connected to other SDF-held territories in the northeast via Syrian government-held areas, which are being used to transport reinforcements to Afrin.

Russia and Turkey were, until recently, on opposite sides of the Syrian conflict. Turkey even downed a Russian fighter jet in November 2015 for allegedly violating its airspace. However, these dynamics started to change as Turkey became solely focused on countering the YPG influence in Syria, which was significantly growing due to US support.

As a result, Turkey publicly apologised to Russia in June 2016 and became part of Moscow’s proposed Astana process.

Russia was able to use its relationship with Turkey to constrain the rebels in northern Syria and pressure them to accept a de-escalation zone agreement, despite constant violations by pro-government forces. In exchange, Turkey was allowed to launch its Euphrates Shield operation in Jarablus in August 2016 to secure its border from the threat of both IS and the YPG.

Turkey was also able to pressure a number of rebel groups and opposition figures to go to the Russia-organised talks in Sochi, despite the regime’s continued attacks on de-escalation zones, including Eastern Ghouta and Idlib. Allowing Turkey to eliminate the perceived YPG threat along its border in Afrin will further strengthen this transactional relationship between Moscow and Ankara.

Russia’s calculated withdrawal from Afrin, however, does not come without potential risks. The Hmeimim statement points out that Moscow’s goals can only be achieved if the Turkish operation in Afrin does not turn into a long and widespread confrontation between Ankara and Syria’s Kurds, similar to the fight against the PKK in Turkey.

But there are no guarantees that this will not be the case, especially as Turkey has already started talking about eliminating the YPG threat in other Syrian regions.

There have also been reports that the YPG has been sending reinforcements from other regions to defend Afrin. The mounting tension has led to limited skirmishes in other Kurdish-dominated regions.

An open confrontation between Turkey and Syria’s Kurds risks initiating new secondary conflicts, which will likely not be limited to these two actors. Nena News

The views expressed in this article belong to the author and do not necessarily reflect the editorial policy of Middle East Eye.

Photo: A picture taken in the northern town of Afrin on 2 February 2018 shows smoke from burning tyres, used to block the visibility of planes (AFP)

This article is available in French on Middle East Eye French edition.