Hamas and the slippery slope 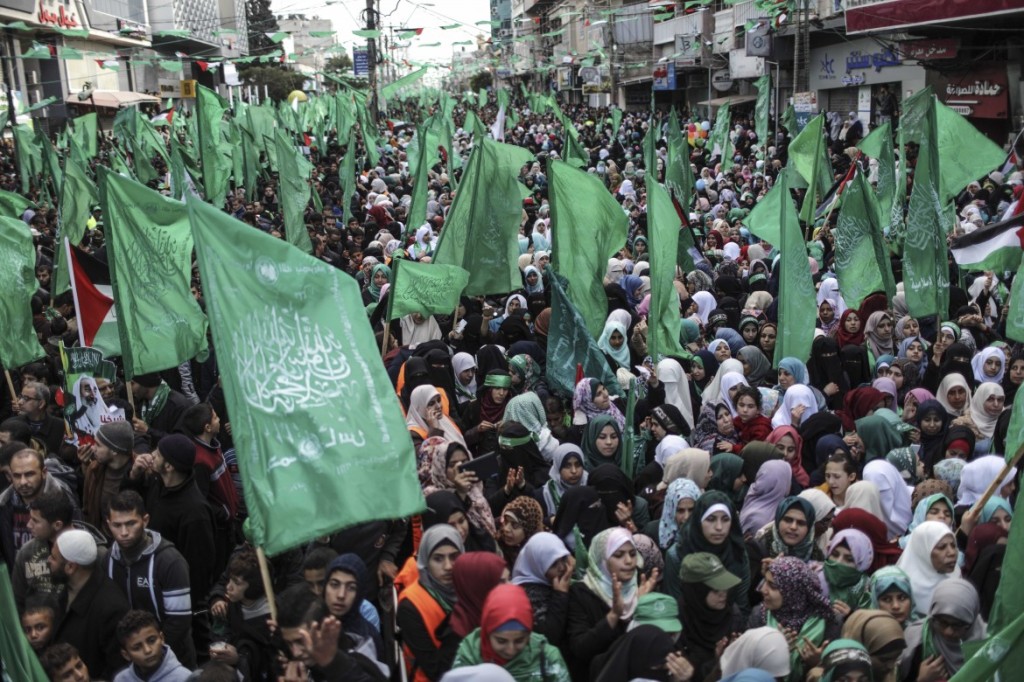 Rome, 3th of May 2017. Nena News – Much will be said and written about the new Hamas policy document unveiled on Monday by the movement’s leader Khaled Meshaal in the Qatari capital of Doha. Its substance and wording will be closely analysed and scrutinised for the policy changes it might imply.

In my view, what matters most about the document can be summed up in three main questions.

First, for whom was it intended? What regional and international parties pressed for it to be issued in the form that it was – with amendments that effectively revoke parts of Hamas’ founding charter? And will these parties be satisfied by the limited dose of climb-downs it offers for now?

Secondly, are the document’s 48 clauses a final statement of policy, or will they be a prelude to further amendments, whether explicit or implicit, in the near future?

Third, is there a consensus in favour of this document among all components of Hamas – specifically the movement’s military wing the Izzedin al-Qassam Brigades?

Palestinian public opinion is divided into two schools of thought over this document. The pragmatic view is that it updates Hamas’ discourse on Arab and international affairs and seeks to find a way for the movement to operate that refutes the charges levelled against it that it is anti-Semitic, a ‘terrorist’ group, or an appendage of the worldwide Muslim Brotherhood which has been banned by a number of Arab countries.

Accordingly, the document spells out that the conflict in Palestine is not religious, that Hamas is not hostile to Jews because of their religion but only opposes the occupation of Palestine in their name, and that it agrees to the establishment of an interim Palestinian state in the West Bank and Gaza Strip with Jerusalem as its capital. It does this while stressing Hamas’ continued adherence to Palestinian ‘constants’, including the principle of the complete liberation of Palestine, armed struggle alongside other forms of resistance and the right to return.

Others, however, are reminded by Hamas’ move of the series of concessions that were made by the PLO and which culminated in it eventually negotiating with and recognizing Israel (although the Hamas document rules out any such recognition). If Hamas intends to go down the same path, they wonder, then how does it differ from President Mahmoud Abbas an his Palestinian Authority (PA), and why was the Gaza Strip subjected to three major Israeli assaults since Hamas took over in 2007?

The PLO’s serial concessions began with the Ten Points proclaimed in 1974, in the wake of the 1973 Arab-Israeli war. They called for the establishment of a Palestinian state on any part of Palestinian territory that could be liberated from the Israeli enemy. This set the stage for eventual PLO recognition of UN Security Council Resolution 242, which confined Palestinian rights to the territories occupied in 1967. And that, in turn, set the stage for the Oslo Accords and their miserable consequences.

I well recall the scenes of rejoicing, the exchanges of hugs and congratulations, and the celebratory dabkeh dances that greeted the proclamation of the Palestinian Declaration of Independence in Algiers in 1988. The document, drafted by the late poet Mahmoud Darwish and scholar Edward Said, announced the establishment and independence of a (virtual) State of Palestine, amid worldwide media attention reflected in the presence of more than one thousand journalists.

But this high-mined proclamation transmuted, with time, into the Oslo Accords, renunciation of violence (aka armed struggle), recognition of Israel, agreement to negotiate on an ‘agreed formula’ regarding the return of refugees, and the start of autonomous self-administration in Gaza and Jericho.

The Oslo Accords were signed to rescue the PLO leadership from political isolation and financial suffocation following the Iraqi army’s invasion of Kuwait in 1991. They ended up obliging the it to set up a US-supervised security force to protect Israeli settlers — whose numbers meanwhile swelled dramatically to 800,000 in the West Bank and Jerusalem after the signing of the Accords – and with President Yaser Arafat assassinated by poisoning after being besieged in his headquarters for several months for having triggered the second, armed, Intifada.

Meshaal’s explanation of Hamas’ new programme resembled in many ways the explanations that Arafat gave for the Ten Points and the Independence Document all those years ago. Now as then, it was stressed that there was no question of relinquishing any inch of Palestinian soil, nor the right of return or armed struggle (which was referred to obliquely in the Hamas document under the rubric of ‘all means of resistance’). But who knows what might happen a few years from now — to the document, to Hamas, and to the Palestinian people?

Of some things, however, one can – from long experience — be sure. First, Israel and its Western backers will never allow the establishment of an interim Palestinian state on the 1967 borders without full Palestinian recognition of the State of Israel, renunciation of ‘violence’ (armed struggle) and effective relinquishment of the right of Palestinian refugees to return. Secondly, they will not lift the ‘terrorist’ designation of, or open channels of communication with, any Palestinian organization before it completely abandons the principle of armed struggle and disarms. And third, they will require acceptance of the principle of direct negotiations with the Israelis and recognition of their state along with all relevant international resolutions and signed agreements, including the Oslo Accords.

It can be said, based on the above, that the process of impoverishing and besieging the Gaza Strip’s two million inhabitants — including measures such as the PA’s reduction of salaries, Egypt’s border closure and Israel’s electricity cut-off – have been carefully calculated and targeted.

The Israelis and their American and European backers will rejoice at the issuing of this document, but in public they will say that it does not go far enough and demand more – and ‘more’ means recognition, renouncing ‘terrorism’, and disarming. We know that Hamas has been under tremendous pressure from its allies Qatar and Turkey to become more ‘flexible’. Former British prime minister Tony Blair also played a big role in formulating parts of the Hamas document during visits he made to Gaza and Doha – and its is doubtful that he did so with the interests of the Palestinian people, or of Hamas, at heart.

After the Arab states were defeated by Israel in 1967, the PLO leader who had banked on them, Ahmad ash-Shuqairi, was swept aside by Yaser Arafat and his resistance fighters. After Arafat’s Fateh movement became ‘moderate’ and the Oslo Accords were signed, a vacuum was created that was filled by the resistance-oriented and Islamist Hamas.

So who will fill any vacuum that may be created by the pragmatic turn taken by Hamas, or a section of its leadership? Many in the Occupied Territories believe that the movement’s military wing will step in to prevent it from slipping down the same slope as the PLO, which in the name of ‘peace’ led only to defeat and despair.

Abbas is to visit Washington shortly, for talks that could have calamitous consequences for the Palestinian people. He will be more gladdened than anyone by the Hamas policy document, which bolsters his position at a time when it has never been more vulnerable. An undreamed-of and undeserved gift.