Hamas and the EU

Since the French proposal does not stipulate sanctions and mandatory steps in case of failure of the negotiations, it means that we will return to the vicious cycle of negotiations for negotiations, further threatening our rights and national project. 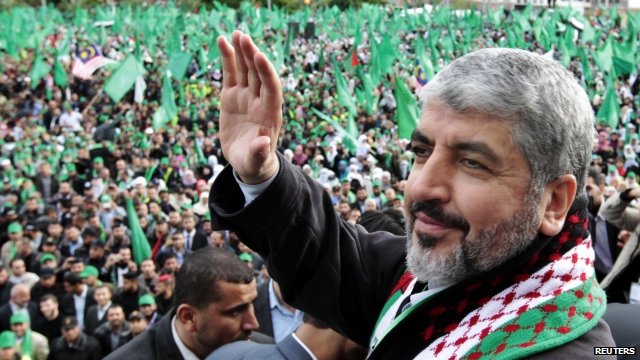 I am astonished by what comes from the West and am reminded of an adage in Arabic: nothing coming from the West makes our heart happy. The decision of the European Court in Brussels to remove the Hamas movement from the list of “terrorists”, placed there following American-Israeli pressure, is already being questioned and attacked by some European countries, while Israel claims the decision proves Europe has learned nothing from the Holocaust.

There is information indicating that the purpose of this ruling is to push Hamas to adapt itself, change the colour of its political skin and participate in subsequent political moves planned by the United States and EU. The United States and western Europe may take advantage of Hamas in its dispute over legitimacy of Palestinian representation in the PLO, or are perhaps planning a role for the movement in the post-Abbas period, assuming that Abbas’ useful political life has ended for them. Europe will continue to pressure the movement, which welcomed the court ruling, considering it the correction of an error by politicians in the EU. Such European pressure will include secret communication channels between Hamas, Switzerland and Norway, the latter two known for cooking political projects on the backburner, while the US will try and exploit its reliable ally, the chiefdom of Qatar, to pressure Hamas into making political concessions, rendering the movement acceptable in the global political scene, on the regional level and even to the Israelis.

This ruling came about a week after a senior Hamas delegation, led by its political bureau member Mohammad Nasser, visited Tehran, as well as in the 27th year anniversary of the movement. Hamas appears to be returning to the military, financial, political and media support of Iran, gradually withdrawing from under the Turkish-Qatari cloak and returning to the Iran-Hezbollah-Syria axis. This means the Palestinian issue would be under control of the Iranian axis, which is what you want as opposed to the United States, western Europe and the oil sheikhdoms, what to mention Turkey and Israel.

The EU ruling is a carrot for Hamas, a carrot that also carries a variety of messages for the Palestinian Authority. The first is that insistence on submitting the Palestinian issue to a vote of the Security Council to determine the timeframe for ending the occupation of Palestinian land occupied in 1967 will be a no-start. Should the PA insist on this, it will mean its political death as an alternative is being prepared – Hamas. Accordingly, the Palestinians amended their proposal to eliminate specification of a timeline for Israeli withdrawal, speaking instead of a return to serious negotiations for a year, after which a timeline would be determined. The proposal submitted by the Palestinians is open for changes and will not be pushed forward for immediate voting. However, even this is not accepted, so the PA will most likely accept the alternative French proposal as it is. France, Britain and Germany will undoubtedly work on the drafting of an alternative European proposal to receive American approval and avoid international institutions.

Given the massive international pressure, including by Arab and regional powers, on the PA not to submit its original proposal to the Security Council, the PA capitulated and lost an opportunity to take a decision, a decision anticipated by the Palestinian people following Israel’s assassination of Palestinian Minister Ziad Abu Ein earlier this month. The PA was all talk and bluster, declaring an end to security coordination with Israel at this time. However, these were mere words as following a meeting of the Palestinian leadership, it was announced that security coordination would continue. Concerning international institutions there exists a reluctance and inability to move forward due to fear of American sanctions and John Kerry’s threat in this matter.

The French proposal is based on several fundamental ideas, including:

1 – the call for resumption of Palestinian – Israeli negotiations to continue between 1.5-2 years;

3 – Jerusalem as the capital of two states;

4 – at the end of negotiations the Palestinian state is recognized, based on the 1967 borders following an “agreed territory exchange” and ensuring “the security interests of Israel.”

The French proposal does not mention the ever-expanding settlements, policy of collective punishment, demolition of homes, Judaisation of Jerusalem, attempts to temporally and spatially divide al Aqsa mosque, expulsion and deportation. The proposal refers to a new period of negotiations and not the timeline required for Israel to end the occupation. Since the proposal does not stipulate sanctions and mandatory steps in case of failure of the negotiations, it means that we will return to the vicious cycle of negotiations for negotiations, further threatening our rights and national project.

True. Hamas has received recognition as part of the Palestinian national movement, a party legitimate for elections, and after today it will argue that its actions are legitimate resistance and not terrorism. However, one should be cautious of this European move, which hides malicious intents and purposes.