There was nothing surprising about the PA’s announcement that it had restored its relations with Israel using a fatuous excuse about the latter ‘abiding by its agreements’. The PA is only interested in its own survival, contends Palestinian analyst Abdelbari Atwan 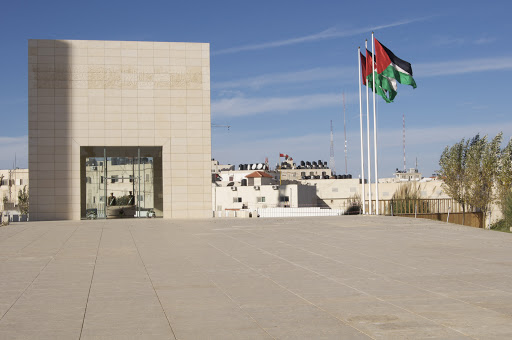 We were not at all surprised by Fatah Central Committee member and PA Civil Affairs Minister Hussein al-Sheikh’s announcement on resuming security coordination with the Israeli occupation state and restoring relations to what they were before they were ‘suspended’ last May because we have no trust whatsoever in any of the PA’s statements, promises, and officials. We likewise do not believe that security coordination with the occupation state ever stopped, but continued at full swing and is more entrenched than ever before, as it is the very backbone of the PA’s existence and sustainability.

In a Tweet posted on his social media account confirmed by the official Palestinian news agency Wafa, Sheikh, who is considered to be the liaison officer with the Israeli enemy, said: ‘Relations will return to their former state after the PA received Israeli pledges to abide by the signed bilateral agreements.’ This statement is full of deception and misinformation, as just yesterday the Israeli government issued a call for tenders for the construction of 1,257 settlement housing units in Beit Safafa, South of occupied Jerusalem, to close on January 18th, i.e. two days before Joe Biden’s formal inauguration ceremony at the White House.

The new settlement will sever geographical continuity between the Holy City and Bethlehem and will constitute a continuation of East Jerusalem’s Judaization, preventing it from being declared the capital of any future Palestinian state. Palestinian security forces will be tasked with protecting it and its settlers, just like the other settlements.

Israel has not canceled the annexation operation as Sheikh alleged so as to justify resuming security coordination. Annexation has never ceased for a moment, and all the [PA’s] declared decisions to freeze security coordination were merely a charade to pull the wool over the Palestinian people’s eyes. The only thing that matters to the PA and its leadership is remaining in place and surviving, as well as receiving monies tainted with humiliation and shame from the Israeli enemy.

The PA and its leadership’s shameful and degrading concessions are what has encouraged and provided cover for Arab states to engage in normalization with the occupation state, which is why all its anti-normalization positions were intended to absorb the Palestinian people’s ire and outrage, no more and no less, since security coordination is worse than any normalization agreement.

We do not blame the PA and its figures for this degrading return to security coordination because we did not and will not believe any step it takes on this issue when it is governed by the Oslo Accords and its signed commitments, which dealt a crushing blow to the Palestinian cause. But we do blame Hamas, Islamic Jihad, the [leftist factions] PFLP and DFLP, and all other factions that have fallen into the PA’s trap and accorded it national legitimacy to improve the terms of its relations with Binyamin Netanyahu and buy time while awaiting the U.S. presidential elections results.

All talk of ‘popular resistance’ against the occupation and ‘hardline’ statements about canceling the Oslo Accords, withdrawing recognition of the state of Israel, holding legislative and presidential elections, enshrining [Fatah/Hamas] reconciliation on new foundations, and putting the Palestinian household in order were lies and deception. Regrettably, some in the Palestinian national movement rush into the PA’s arms in response to a simple beckoning gesture, compelling them to obedience and loyalty to it, with no qualms about getting stung from the same snake-pit for the tenth time.

Congratulations to Sheikh and the PA on this auspicious return to security coordination, serving the occupation, and providing legal cover for the [Trump administration’s] ‘deal of the century’ and the annexation plan.

How unfortunate are the Palestinian people who have sacrificed thousands of martyrs, prisoners, and wounded while abiding by such insults and humiliation, and those who still support this submissive PA that fritters way their legitimate national rights.