The election of Yihya Sinwar as leader of Hamas in the Gaza Strip inaugurates a phase in Hamas’s history in which it is likely to be closer to the ‘resistance axis’ of Iran and Hizbollah. This is already causing some panic in Israel writes the online newspaper al Raya al Youm 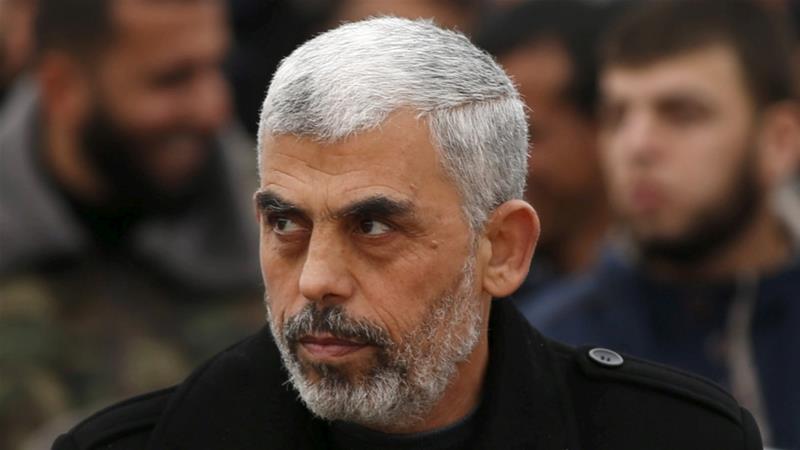 Yihya Sinwar has won the leadership of the Islamic Resistance Movement, Hamas, in the Gaza Strip with a large proportion of the vote. This may spell the end of the era of Khalid Mish’al, the head of Hamas’ Politburo that was characterized by flexibility, diplomacy and compromise solutions, and inaugurate the rise of the hard-line jihadist current that adopts armed resistance and refuses to offer any political concessions to the [Israeli] occupation state. It may also indicate a greater openness to the ‘resistance’ camp, especially Iran and Hizbollah.

What lends credence to this impression is the panic and concern that spread in Israeli circles as soon as Sinwar’s victory was announced. Israeli Deputy PM Yuval Steinitz gave expression to this when he said that ‘the next confrontation with Hamas’ is only a matter of time.

The Israeli authorities know this man well. He spent 23 years behind bars in their prisons, and was responsible for the liquidation of 12 Israeli agents in the Gaza Strip. Sinwar also contributed to the creation of the ‘Izziddin al-Qassam Brigades, Hamas’ armed wing, and personally supervised the formation of the Majd security agency that restored security and ended the anarchy of weapons and the dominance of clan allegiances in the Gaza Strip.

Mr. Sinwar hails from the Khan Younis camp and is a refugee from the city of Majdal. He believes in the liberation of Palestine from the Mediterranean Sea to the River of Jordan. The right of return is sacred for him. And he is held in high esteem in Qassam Brigades’ circles and among its fighting cadres. He also believes that capturing Israeli soldiers is the shortest way of securing the release of his comrades in the occupation’s prisons.

Those who know Sinwar praise his strong patriotic sense, his firm adherence to a hard-line political position, his great modesty and his simple and austere lifestyle. And they predict that his leadership will reflect his personality, positions, and long heritage of jihad.

Hamas lost much of its popularity in the view of many observers when it leant towards greater ‘flexibility’ and joined the reconciliation negotiations with the PA in Ramallah that did not prevent the latter from persisting with its negotiations, concessions and its security coordination with the occupation state, and when it drew closer towards the so-called Arab moderate camp. Sinwar’s election as its head in the Gaza Strip with Khalil al-Hayya as his deputy, and the growth of the role of Rouhi al-Mushtaha in the movement’s Politburo all reflect a serious attempt to regain all or most of Hamas’ popularity, and to bring the movement back to its original mission and starting points.

Placing Mr. Sinwar’s name alongside those of Mohammad Deif and Rouhi al-Mushtaha on the American terrorist list will not scare the man in our opinion. In fact, he and his comrades will probably view this as a badge of honor. The man has rarely left Gaza to any outside country; moreover, he has no monies or fortunes in American and Western banks that may be confiscated.

Sinwar’s election represents a ‘corrective movement’ that suggests that Hamas has entered a phase in which precedence will be given to ‘jihad’ over politics. Nor is it unlikely for the main features of this new phase to take clearer shape after the election of the new leadership of the Politburo and its members is completed in April.