The rules of intervention

As hopes for diplomatic settlements in both Syria and Libya fade, Cairo finds itself increasingly at odds with its Gulf allies, writes Ahmed Eleiba 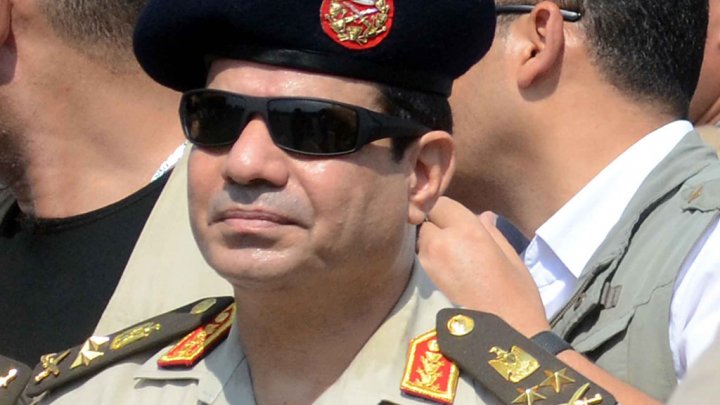 With Saudi Arabia and the UAE increasingly pushing for a ground offensive in Syria, Cairo finds itself in a dilemma. Unlike the Gulf states, Cairo fears Arab military intervention in Syria will only further complicate the situation.

Cairo’s preference for a political settlement in Syria places it at odds with its Gulf allies. It would also be difficult for Egypt to participate in any Arab military intervention in Syria, given the demands already being placed on its army. Meanwhile, Egypt favours a two-pronged military and political approach to Libya, whereas Saudi Arabia and its Gulf neighbours appear to have little, if any, appetite for international military intervention across Egypt’s western border.

Though Western nations failed to agree on a plan when they met in Rome two weeks ago, they are continuing to press the Libyan House of Representatives to agree on the composition of a new government that will then be able to request international intervention. Given these contexts, Foreign Minister Sameh Shoukri’s recent visit to Washington is significant. Indeed, much of the renewed energy in the relationship between Cairo and Washington stems from the desire to coordinate on these issues.

Mohamed Kamal, political science professor at Cairo University and an expert on US affairs, argues that Egyptian-US relations have entered a sensitive phase, in part because Washington is reassessing its views of Egypt’s regional role. At a time when some US research centres are arguing that Egypt is “strategically irrelevant”, Shoukri’s visit to Washington afforded an opportunity to underscore the importance of the bilateral relationship to address ongoing crises in Syria and Libya and in the fight against terrorism.

Moataz Salama, of the Al-Ahram Centre for Political and Strategic Studies, argues that Washington is rethinking its positions on the whole of the Middle East. He believes that the sudden entrance of Russia as a major regional player has made Washington’s hackles rise. As evidence he cites the increased presence of US special forces in Iraq, where they are working to secure the border with Syria, the expansion of US intelligence activities in Syria and the doubling of the number of planes in the US’s aerial campaign against the Islamic State.

A prominent Russian political analyst, speaking to Al-Ahram Weekly on condition of anonymity, agrees. In resuming its strategic relations with Cairo, he said, Moscow will have factored in what might happen should Washington signal a desire to take relations with Cairo back to their pre-30 June 2013 levels.

Egyptian commentators stress that Cairo has always been clear that it has no intention of pursuing one strategic relationship at the expense of another.

A Western diplomatic source, speaking on condition of anonymity, argues that the blame for recent strains in Egypt’s relationship with the US must be shouldered by Cairo and, because of this, it is up to Egypt to try and improve the relationship. Shoukri’s visit, he added, should be seen as an attempt to do this.

In an interview with the Washington Post, Shoukri outlined Egypt’s attitude towards the different views of the future of Syrian President Bashar Al-Assad prevailing in Washington, Moscow and Riyadh. “We counsel all our friends to do the right thing,” he said, before adding, “We have tried to insulate ourselves from this discussion.”

Asked about US allegations that the vast majority of Russian strikes target the coalition-backed opposition to Al-Assad, even as Moscow insists it is targeting terrorists, Shoukri said: “We operate on the presumption that all parties do what they say … When we present our opinions to the United States, we present the same position to the Russian Federation and our other partners and allies.”

Describing the message Cairo is most anxious to convey to all parties, Shoukri said, “We have to work in unison” to promote a political settlement in Syria”. While Cairo cooperates with Riyadh and other Gulf countries in many areas, this does not mean there are no disagreements. Nowhere is this more apparent than in discussions on the future of Syria’s Al-Assad. While Egypt’s Gulf allies are adamant that he can play no role, Egypt has adopted a more flexible approach. As Shoukri put it, concentrating on Al-Assad “has not led us to any positive position in the past four years”.

Libya was also high on Shoukri’s agenda in his meetings with US administration officials. He cautioned against any international military intervention against IS before a national unity government is in place. “We have to recognise that [Haftar’s forces] are an important component … in the battle against the expansion of terrorists,” Shoukri told the Washington Post.

Colonel Ahmed Al-Mismari, spokesman for the Libyan office of the chiefs of staff, told the Weekly, “Some Western parties are trying to aggravate the situation in Libya and to pressure the House of Representatives into sidelining General Khalifa Haftar, despite him enjoying widespread support among Libyans and the support of the Libyan armed forces.” Al-Mismari also accused some Western states, including the US, of launching military strikes in Libya without first coordinating with their Libyan allies. “This intervention is politically and military unacceptable,” he said. “Only Cairo has consistently coordinated with Libya.”

Al-Mismari also credited Egypt with convincing US Secretary of State John Kerry to support Haftar. Kerry’s attempts to persuade Washington to back Haftar were “based on Cairo’s accurate understanding of the details of the Libyan question, a perspective that is missing in the West,” he said. Al-Mismari lauded Egypt for its success in bridging the gap between Prime Minister-designate Fayez Al-Sarraj and Haftar. “Al-Sarraj is now convinced of the importance of the Libyan-Libyan dialogue and the need for a strategic shift in political direction,” he said. “The Libyan people know their own affairs better than others and they have the right to self-determination. Unfortunately, Western countries are aggravating the situation and deepening differences.”

Said Kamal, “Western nations work to achieve their own interests and at a time that suits them. They want to limit any Libyan role for Egypt, even though Egypt borders Libya. They want to internationalise the Libyan question so as to retain a foothold there, and they are sustaining Islamist groups in Libya with this end in view.” Al-Mismari agrees. Western countries, he said, are seeking an “expanded share for the Islamists in the government that they want to impose on the Libyans.”

So what is Cairo’s position likely to be towards Western military intervention in Libya? Would Egypt take part with troops or limit its support to logistical and intelligence back-up?

Shoukri supplied an answer: “The Libyan people must undertake the decisions related to the fight against terrorism and how it should be conducted, and what form of assistance should be provided to it. This should be a Libyan-led process defined by the Libyan people.”

The West, warns Kamal, “has yet to learn from the military interventions it has made without having any vision for the post-intervention phase. This applies to Iraq, Syria and Libya in 2011. All these Western interventions produced results opposite to those intended.” Kamal counsels caution when it comes to any Egyptian role in an international force in Libya. An offer from Cairo to provide political or logistical support for any intervention “should be contingent on political and military support for Egypt’s own efforts to combat terrorism”.

He also warned, “Egypt must retain the right to intervene unilaterally to protect is national security and interests in Libya.”