What does Trump actually do when these lands present a “threat” to the West? Dust off his anti-Muslim hatreds? Call up his mate Vladimir? Ask for an atlas? 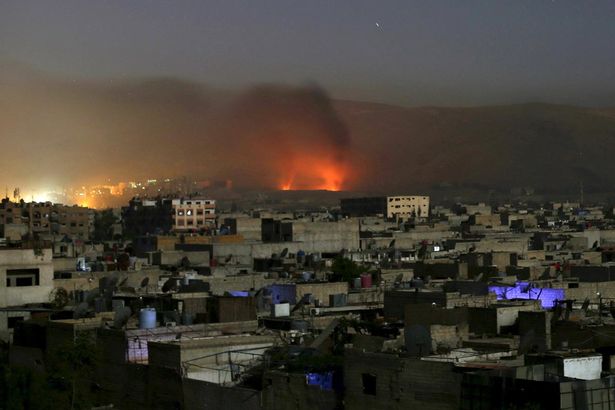 Beirut, 10th of November 2016, Nena News – Of course, it will be no change in the Middle East. The one thing which always united Hillary Clinton and Donald Trump – despite Trump’s nonsense about Muslim immigrants – was that large area of land between Algeria and the Pakistani-Indian border. Or is it Morocco and the Pakistani-Indian border? Or the Iranian-Pakistani border? Heaven knows where the ‘Middle East’ actually is in the minds of American politicians. Or Trump.

Well, it’s the large pond of Muslims, I guess, along with Israel whose majority population is Jewish, a Middle East which also has a smidgeon of Christians which we remind ourselves of when their churches are burned and their people enslaved because – long ago, in the days when Europe was called Christendom – we in the West used to call ourselves Christians as well. But that’s about it.

But we will arm them. Be sure of this. The Gulf states will continue to gobble up US weapons/missiles/tanks/aircraft and Trump will visit these dusty monarchies and be treated like a king – which, I suppose, he would rather like to be – and he will assure Israel of America’s undying, constant, unquestioning support for the “only democracy in the Middle East”. And, of course, he will speak of terror, terror, terror, of the Isis kind unless Obama has broken it by the time he walks into the White House, when Isis may have chosen another name for itself. And he can dust off the tired old State Department lie about how the parties to the Middle East – all-powerful Israel and occupied Palestine – must make the “hard decisions” for peace.

To be sure, there is that little Trump campaign promise to move the US embassy from Tel Aviv to Jerusalem. It’s been lying around in the locker room for so many years that the lads in the White House can probably produce several old files, yellowing with age, as to why it would really upset the Arabs – and especially the Palestinians (who would like a US embassy in their half capital of Jerusalem) – if the American ambassador took the road to the Holy City. But I suspect that “security concerns” might push this little project onto the back-burner for a while.

And yet. There is always an “and yet” when new American presidents take over. A lot of them came to grief over the Middle East. Afghanistan, Iraq, Syria… Not a lot of White House flag-waving over those nations, is there? What does Trump actually do when these lands present a “threat” to the West? Dust off his anti-Muslim hatreds? Call up his mate Vladimir? Ask for an atlas?

But remember, we used to say things like that about George W Bush – and we got Iraq. The Trump presidency cannot afford to go down that road. Can it?

So I’ll hazard a cruel prediction. The Middle East will reach out and grab Donald Trump when he least expects it, that it will present him with a terrifying choice (war or peace) and that his administration – such as it is – will not be capable of dealing with it. That will be the ultimate responsibility of American voters, of course. But don’t let’s get on our high British horse. Remember a wildly popular prime minister not so long ago? Got caught up with Afghanistan, didn’t he? And then Iraq? Tony whatshisname?