The Kurds get the message

They understood that it is wrong to place faith in American promises. They have learned the lessons of what happened in Northern Iraq and to their brothers in Syria, the YPG, whom President Trump has sold out to Erdogan, writes Abdelbari Atwan 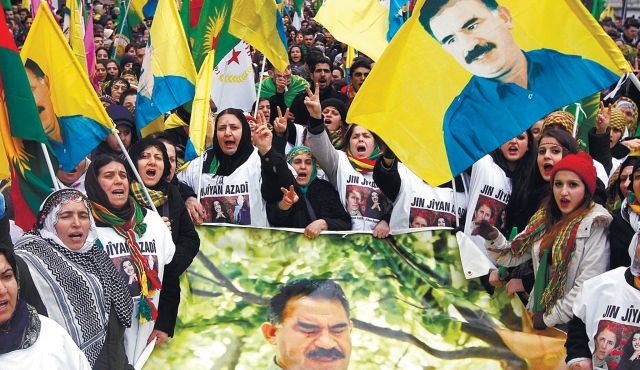 Direct negotiations over a political solution for the Syrian crisis are meant to begin in Geneva. The Syrian government will participate with a delegation headed by Dr. Bashar al-Ja’fari, and a united Syrian opposition delegation headed by Mr. Nasr al-Hariri, the new head of the SSCN (Syrian Supreme Commission for Negotiations), will also be present. But there are genuine doubts about the negotiations’ prospects of success for a simple reason: The real political process is taking place in Sochi, and is directly sponsored by Russia with Iranian and Turkish endorsement and official Syrian acquiescence under the title of the ‘Syrian National Dialogue.’

The pressing question is this: Where are the Americans, the Saudis, and the Qataris, who used to be the difficult element in the Syrian crisis throughout the past seven years?

The Saudis and Qataris have withdrawn from the Syrian vortex after reaching the conviction that greater involvement would entail further losses for them, as well as the possibility of clashing with Russia, which now has the final political and military say in this crisis. Moreover, the Saudis and Qataris are distracted by their own worsening disagreements. For their part, the Americans are in an unprecedented state of confusion, having to confront the inevitable direct or indirect acknowledgment that they have been defeated and will have to raise the white flag of surrender.

Last week, U.S. Secretary of Defense James Mattis was asked about his country’s plans regarding the presence of 500 U.S. troops and double that number of technicians and administrators servicing them [in Syria]. After all, the main reason for heading to Syria has disappeared after ISIS has lost over 95% of the territory it used to occupy in Syria and Iraq. The defense secretary tried to obfuscate the issue and speak in general terms so as to avoid having to give an answer. But the most important thing he said was that U.S. forces would remain in Syria until a political settlement is reached between President Bashar al-Assad and the opposition.

Last week the Washington Post revealed that the U.S. Defense Department was planning to increase the number of U.S. forces in Northern Syria in an attempt to confront Iranian influence, having already trained and armed the largely Kurdish SDF (Syria Democratic Forces).

But we do not believe that President Trump’s administration can remain in Syria, whether in the North or in the South, whether it multiplies the number of its troops there tens of times or not. For it will suffer a certain military and political defeat, and will be easy prey for the Syrian resistance forces, Hezbollah, and the Iranian Revolutionary Guard deployed in Syria, and the PMU (Popular Mobilization Units) in Iraq. These forces are longing to engage in a guerilla war against the Americans, similar and perhaps even more serious than what happened in Iraq after its [2003] occupation.

The U.S.’s allies in Northern Syria – the SDF – have got the message. They have read the expected future situation in Syria correctly, and have come to the conclusion that it is wrong to place too much faith in American promises of backing and support in the coming phase. Consequently, they have decided to join the victorious camp. Mr. Riad Darar, the co-leader of the [Kurdish] SDC (Syrian Democratic Council) give clearest expression of this shift when he told the Kurdish News Agency (Rudaw) on Sunday that his forces ‘will join the Syrian army which will be in charge of arming them once a Syrian settlement is achieved.’

The Kurds have begun to abandon the U.S. before it abandons them and leaves them to face their fate alone against the victorious alliance in Syria and Iraq. They have learned the lessons of what happened to their brothers in Northern Iraq who were let down after the [September 2017] independence referendum, and to their brothers in Northwest Syria, the YPG (Kurdish People’s Protection Units), whom President Trump has sold out to the Turks after speaking to President Recep Tayyip Erdogan in a phone call, declaring that the U.S. will end all military support for these forces in an effort to restore the alliance with Turkey.

Tuesday’s Geneva conference will be a mere formal occasion, but the real ‘wedding’ will take place in Sochi in the presence of over forty political parties, organizations, and tribes, as well as the Syrian government’s representatives. The object will be to draft a new constitution and set a date for future presidential and legislative elections. The Syrian government’s unhesitant willingness to attend this conference reflects its confidence regarding its outcome.

Assad will remain in the Muhajireen [Presidential] Palace. All talk of him stepping down has been banished, especially by the opposition, because, quite simply, it failed to win the war. This is what His Holiness [UN Envoy] Mr. Staffan de Mistura has decreed, and he is a man who is aware of what is going behind and in front the scenes. But it is Putin who knows best.