Palestinians between statehood and liberation

Twenty years of Oslo statehood’s illusion have damaged every single achievement by the Palestinian liberation movement, wasted countless sacrifices, and smoked-screened the very concept of liberation. 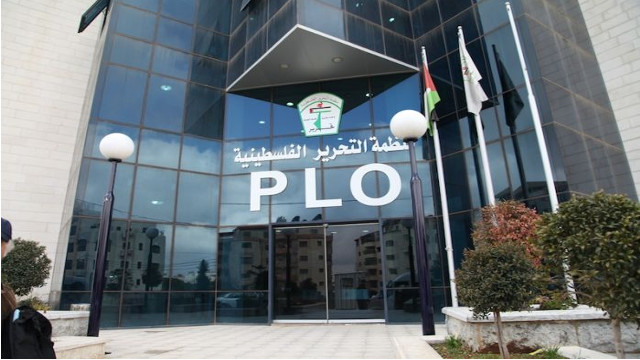 Hebron, 15th of October 2014, Nena News – Following the onset of Oslo in the 1990s, many Palestinians became confused whether they are still in a phase of liberation process or should reorient their struggle to that of state-building. This became a topic of heated debate in Palestinian leftist circles in the 1990s. This controversy has a historical relevance; when liberation movements gain independence of their countries, they subsequently begin building a state, forming governments, establishing institutions and overseeing development programs. The Palestinian case proposes a different formula; state-building began before decolonization, and some political factions identified as ‘liberation movements’ have virtually become state parties operating within a colonial reality. However, it is worth noting that in specific historical cases where formal political authorities were created in coordination with the colonial administration, they were depicted as collaborators who betrayed their cause and people.

When the PLO was formed in 1964, its primary objective was to initiate a popular revolution embracing armed struggle to liberate the occupied Palestinian land of 1948 and bring about the right of return. Early literature of the PLO suggests that the state envisioned at the time would follow the liberation of land, and would be structured upon secular and democratic principles for all its residents, regardless of their ethnic and religious backgrounds.

After a few years of Fatah-dominance over the PLO, PLO leadership adopted the ‘ten-points program’ in 1974, which essentially called for establishment of a national authority ”over every part of Palestinian land that is liberated”. While many believed that such a move was only tactical because the program further specifies that the aim is to complete “the liberation of all Palestinian territory”, the ‘ten points program’ marked a dramatic shift in the PLO agenda towards statehood based on a two-state formula. This program effectively polarized the PLO, dividing its factions into two opposing camps: statehood-leaning factions led by Fatah, and liberationists represented by the Front of the Palestinian Forces Rejecting Solutions of Surrender (Rejectionist Front), led by the PFLP.

After the PLO was expelled from its base in Lebanon, the Fatah leadership in its new offices in Tunisia feared marginalization and inability to exert control over events taking place among Palestinian communities in Palestine and the surrounding countries. This fear solidified when the first Palestinian intifada erupted, which for the first time transferred the Palestinian struggle’s center of gravity to the occupied territory. In particular, the first intifada produced a new local leadership comprised of all PLO factions united in their struggle, which relied on local and consensual decision-making rather than depending on orders issued by the external leadership. The increasing fear of marginalization by the PLO elite in exile may partly explain why they rushed to sign the ‘declaration of surrender’ as expressed in the Oslo accords.

With signing of the Oslo accords in 1993, the statehood supporters were confident that their ambition was being realized. Even a considerable segment of those who historically opposed the logic of statehood had been co-opted and incorporated into the structure of the nascent PA, while others were absorbed by an emergent NGO sector designed by donor agencies to assist in the process of state-building. The PLO, which still holds the term ‘liberation’ in its title, was effectively aborted from its revolutionary spirit and became subordinated to the PA, rather than the other way around. Ironically, it could be the first liberation organization in history that enjoys a fancy headquarters in a glassy building which largely assimilates commercial entities.

After twenty years of Oslo, the Israeli imposed colonial facts on the ground have persuaded an increasing segment of Palestinians that the PA was not born to function as an independent state. Rather, it is an authority with specific mandates: subcontracting Israel’s occupation through maintaining its security interests and relieving it of the socio-economic burden towards the population. In the eyes of many Palestinians, the PA is no more than a successful version of the “villages league”.

However, despite this popular realization, the Oslo process has systemically distorted Palestinian consciousness and redefined its worldview toward accepting the logic of statehood as conventional wisdom. This denies the decades-long Palestinian anti-colonial struggle for liberation and self-determination. After twenty years of Oslo, debates continue to revolve around the state’s success or failure. The term liberation is rarely heard in public discourse, nor do Palestinian factions and organizations use it in their statements and programs.

But why does the Palestinian leadership of Ramallah persist in seeking a state on the 1967 territories, despite the fact that this has became a virtually unrealistic objective? Settlements and settlers have more than doubled; the apartheid regime has been institutionalized; and physical, geographic, and political fragmentations have become an integral feature of Palestinian life, all of which contributed to the fading of the 1967 map and therefore rendering of a Palestinian state impossible. The simple answer is that the PA has become an effective mechanism to maintain and secure the narrow interests and privileges of the ruling class and its cronies. The status quo offers a lucrative industry for those gated behind Al-Muqata’a in Ramallah and their associates in isolated luxurious neighborhoods, fully detached from the deplorable Palestinian reality.

As long as the highly restrictive Oslo framework continues to define Palestinian political, social and economic life, neither a state nor any meaningful autonomy will take place. Twenty years of Oslo statehood’s illusion have damaged every single achievement by the Palestinian liberation movement, wasted countless sacrifices, and smoked-screened the very concept of liberation. After all, if Palestinians do not rise to formulate a new collective strategy away from the Oslo influence, one which prioritizes the principles of liberation, return and self-determination, then continuing the current precarious course will undoubtedly lead to new rounds and forms of desolations and disintegrations.