MUBARAK. A mediocre leader who held power through abuse and repression

Analysis. Hosni Mubarak had no talent for politics, and his appointment as vice-president was the result of his unwavering loyalty to President Anwar Sadat and his pro-Western policy 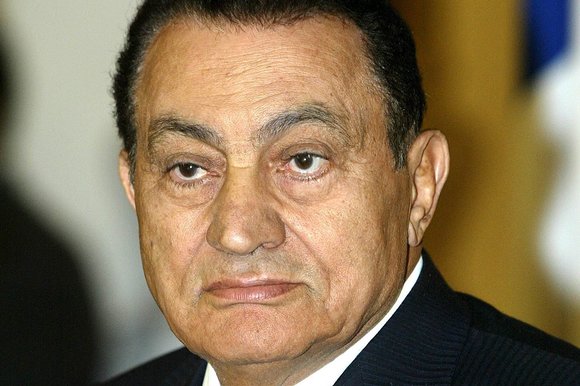 He was supposed to be a transitional president, preparing the way for an Egyptian leader who would be as strong as his predecessors, Gamal Abdel Nasser and Anwar Sadat. Instead, Hosni Mubarak belied all predictions and remained in power for 30 years, accumulating immense political and economic powers to the benefit of his own family, to such an extent that he was described by his opponents and adversaries as “the new Pharaoh.”

An influential, but a rarely decisive leader, Mubarak’s only historical moment came in 2011, when the Tahrir Square revolution, the armed forces and the loss of Barack Obama’s support forced him to resign on Feb. 11. On that day, to the great joy of millions of Egyptians, his long reign, marked by repression, the denial of fundamental freedoms and a system of widespread and stratified corruption—also managed by the raìs’s sons, Alaa and Gamal—finally came to an end. It was the end of a nightmare—however, those in power in Egypt today have proven to be even more brutal and oppressive than the “new Pharaoh.”

Born on May 4, 1928, in Kafr el Musilha, Hosni Mubarak became known as a result of his brilliant career in the Egyptian Air Force. He had no talent for politics, and his appointment as vice-president was the result of his unwavering loyalty to President Anwar Sadat and his pro-Western policy, which culminated at Camp David with the peace treaty signed with Israel, the first one between an Arab country and the Jewish state.

Sadat gave him the task of traveling to the regional capitals to explain the choice for peace with Israel. This didn’t do much good: Egypt, which even at that time was considered the most authoritative of the Arab countries, ended up sidelined (and it would not be reintegrated into the Arab League until many years later). His mission was more successful in the West, where Mubarak became well known and held in high regard. The United States liked him and pushed for his nomination as president after the assassination of Sadat on Oct. 6, 1981, by an Islamic Jihad commando during a military parade.

Mubarak was a guarantee of continuity in foreign policy, and this was enough for his North American interlocutors, who, like the leaders of the Egyptian Armed Forces, considered him to be the most suitable figure for a transition towards a stronger leadership. What happened instead was that in just a few years, the uncharismatic Air Force general eliminated his rivals and adversaries, thanks to the support of the National Democratic Party (which had been the “one party” in Egypt for decades) and the benefits he provided for his friends and allies. The amendments to the Constitution guaranteed him his seat for decades through sham presidential elections.

As a protector of the Christian minority, Mubarak had the loyalty of the Coptic Egyptians, while he used an alternating carrot-and-stick approach with the Muslim Brotherhood, a thorn in his side since the Nasser period. In economic policy, he adopted neoliberalism and privatization and ended up worsening the condition of millions of Egyptians, with the demolition of the welfare system bequeathed by Nasser, which had survived Sadat.

In terms of foreign policy, the “new Pharaoh” had only one pillar: the strategic alliance with the United States and the collaboration with Israel, marked by many ups and downs. He demonstrated his loyalty after the Iraqi invasion of Kuwait in 1990 by being an active participant in the coalition against Saddam Hussein set up by the Bush administration in the 1991 Gulf War. He secured significant financial aid for the country, in addition to the billions of dollars allocated by the US to Egypt every year after Camp David.

However, this aid was insufficient to tackle the country’s economic crisis. Beginning in the 1990s, the increase in poverty and unemployment was paralleled by the growth of political dissent. Mubarak responded to these problems with an iron fist, strengthening the apparatus of repression and making use of the martial law introduced after Sadat’s assassination and never revoked.

The raìs classified Gamaa al Islamiyya’s terrorism—responsible for deadly attacks against Egyptians and foreign tourists—as on an equal footing with the protests of progressive and reformist activists. The birth of the Kefaya (“Enough”) organization in 2004, which combined the struggle for reforms with support for the second Palestinian Intifada, together with information spread by bloggers such as Manal and Alaa Abdel Fattah and the growth of the left and independent trade unionism, created the basis for the activism that would be fundamental to the Egyptian Revolution.

Mubarak did not realize until the very last moment how close his regime had come to the end. He did not hesitate to order the authorities to fire on the crowds, convinced that violence and repression would get the millions of Egyptians who had occupied Tahrir Square in the name of bread and freedom to return home.

On Feb. 11, 2011, Mubarak was sent packing by those from whom he had least expected it: the leaders of the Egyptian military and the US administration. Afterward, together with his children, he faced trials and detention, until the silent pardon decided by the regime of Abdel Fattah al-Sisi, which allowed him to live out his final years as a free man in his villa in the rich Cairo neighborhood of Heliopolis.