Mercenaries in Yemen: the US Connection

Latin American soldiers have been deployed in Yemen, after training by the US. The reasons behind are several: a distance-war without any danger for the US forces, weapons sale, the growth of contractor industries. 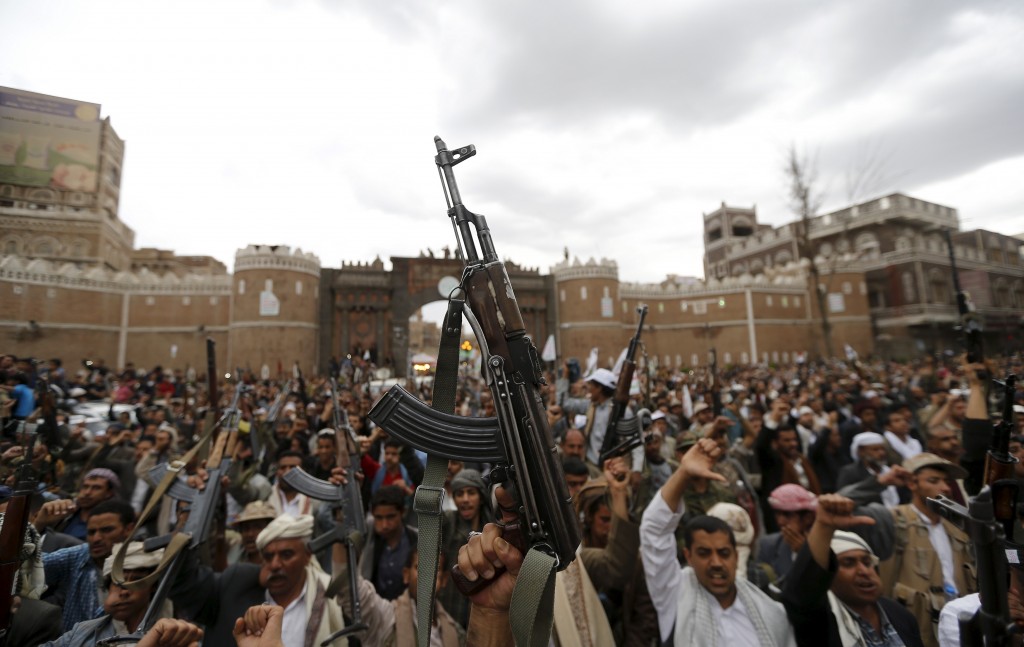 Latin American mercenaries are leaving the ranks of the national armies of their countries to fight in the deserts of Yemen, wearing the uniform of the United Arab Emirates. They have been contracted by private US companies and in some cases directly by the government of the Arab country, which, thanks to vast oil reserves, has the second largest economy of the region.

An article in the New York Times revealed that 450 Latin American soldiers, among them Colombians, Panamanians, Salvadorans and Chileans, have been deployed to Yemen. The mercenaries receive training in the United Arab Emirates before deployment, in part from U.S. trainers.

Colombia contributes the largest number. According to the New York Times, the UAE military recruits Colombians because of their experience fighting the Revolutionary Armed Forces of Colombia (FARC) in the jungles and mountains of their country. But there is another reason.

Since the beginning of Plan Colombia, between 2000 and 2015 the U.S. spent almost $7 billion to train, advise and equip Colombia’s security forces. In the last few years, the U.S. government has carried out a strategy to prepare the Colombians for an emerging industry: the “export of security.”

And apparently, one way to export security is to become a U.S.-trained mercenary for Washington’s wars in other parts of the world.

Colombian troops, drilled in counterterrorism and counterinsurgency techniques, instead of exporting security are exporting the United States’ geopolitical agenda of permanent war. They end up doing the dirty work of their ally to the north, who, as a consequence, avoids exposing its forces to harm or facing accusations of interventionism.

According to analyst William Hartung, the United States government has trained a total of 30,000 soldiers from the four countries that make up the Latin American mercenary force in Yemen. A recent investigative report from El Salvador cites a Ministry of Defense source affirming that there are about 100 Salvadorans operating in Yemen. While the Colombians claim to have contracts directly with the Emirati military, in El Salvador the source states that contracting goes through a national company subcontracted by Northrup Grumman.

Northrup Grumman has a history in the Middle East mercenary business. Forbes reports that it absorbed an obscure company called Vinnelli that holds a $819 million-dollar contract to provide personnel for the Saudi National Guard, dating back to 1975.

The same Salvadoran source affirms that there are also Mexicans in Yemen. Mexico was not included in the New York Times report, but has a close relationship with the United States security complex through the war on drugs.

It cannot be known for sure if the hundreds of Latin American mercenaries were trained in the United States or by the U.S. military in their own countries. The U.S. government does not reveal the names of the soldiers or police that it has trained. Nor is there a public registry of mercenaries. Although the practice is legal in certain contexts, it forms part of the underground world of war, in which shadow powers dictate the conditions in which we live–and often die.

What is certain is that contracting Latin American mercenaries follows the logic of the new style of war designed by the Pentagon. This strategy reduces risks to U.S. troops, increases civilian deaths and feeds war profits. Drones–unmanned airplanes–kill thousands of civilians without risking a single life on the part of the aggressors. They’re shielded from the blood of their victims and the horror of their screams.

While technology makes long-distance war possible, another aspect of proxy war is to get others to fight your battles. A sad reflection of patriarchal violence and economic inequality, the recruitment of foreign mercenaries is central to modern-day warfare.

In the case of Yemen, the populations of the countries that are involved in the conflict or feel threatened by it, such as the United Arab Emirates, have no desire to go to war. In recent months the UAE has suffered increasing casualities on the ground while the U.S. and Saudi members of the coalition keep to the skies.

And the United States has strong interests in the region, but does not want to pay the political price of seeing its soldiers return home in body bags. The solution? Hire mercenaries from impoverished Latin American countries.

Recruiting young men from Latin American countries feeds the U.S. war industry. American companies like Blackwater, which has changed its name but remains Erik Prince’s empire of death, and Northrup Grumman, headquartered in Virginia, squeeze more out of their juicy government contracts by reducing soldiers’ pay. According to Colombian reports, their mercenaries receive less than half what European or U.S. soldiers get. Despite the gouging, they still make on average five times more than what they would earn in their home countries.

The third and often ignored element of the new remote-control war is weapons sales. U.S. arms sales are booming, bringing millions of dollars to the U.S. defense industry–a powerful lobby in Congress. US strategists recognize that arms sales effectively advance the geopolitical agenda by changing the balance of power in strategic conflicts.

The Obama administration has promoted bombings by the governments of Saudi Arabia and the United Arab Emirates, and developed a very close relationship with the UAE, which shares its zeal for eliminating the Islamic State. The administration has now decided to sell another $1.3 billion dollars worth of weapons to these countries to replenish supplies. While military aid to allies (and in not a small number of cases, to both sides of armed conflicts) has always been a tool of hegemony, arms sales are now explicitly a central strategy.

The Pentagon and its promoters in Congress openly talk about the advantages of killing from a distance. Critics cite the many lethal attacks on civilians, including large numbers of women and children that are characteristic of this type of war. The UN calculates that the war in Yemen has already led to the deaths of 2,500 civilians, among them women and children; almost 500 were killed by U.S. drone strikes.

Now how many will die at the hands of Latin American mercenaries? And how many young men–Colombians, Mexicans, Salvadorans–will take their last breath in a desert half a world away, fighting a war that isn’t theirs?