March 14 supporters were divided between those who were satisfied with the outcome and believed their side achieved a victory over Hezbollah, on one hand, and a minority, which saw the issue as some sort of “bluff.” 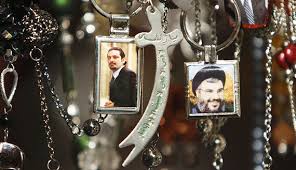 LEBANON – The only thing that might cool the anger of March 8 supporters could be the internal discussions of the other side, which considers the new government a defeat. “The Future Movement is trying to convince itself of a fake victory,” believe sources from the movement’s allies. “Hezbollah succeeded in dragging us somewhere we do not want [to go].”

After 18 months of negotiations, the announcement of the formation of a new government was no small news. It was an earthquake that shook the supporters of both sides of the conflict – March 8 and March 14 – equally.

This is clear in the comments by both audiences on social media sites. Some supporters, namely Hezbollah’s, were furious, accusing the party of capitulation. “What happened is an unprecedented failure, especially by accepting people who are known for their absolute animosity toward the resistance,” a supporter wrote.

One month ago, the names of MP Nohad al-Machnouk and Major General Ashraf Rifi were added to the nomination lists. Their chances were weak, thus their appointment to the most important and sensitive ministries, interior and justice, came as a bombshell. March 8 supporters conceded that their side lost and the other side won.

However, the political atmosphere of March 14 does not seem victorious. Behind closed doors, many are beginning to believe “Hezbollah hoodwinked us,” in the words of a source. “Hezbollah won a new round.” But how?

“On the surface, the Future Movement received important ministries,” the source explained. “However, in practical terms, Hezbollah agreed on the issue to drag the Future Movement, especially their hawks, into the depths of the security crisis related to the events in Syria.” This means “the question of security, which burdens Hezbollah, is now in March 14’s hands,” especially “after the spread of bombings and assassinations.”

“Hezbollah is smart,” the source replied to the question about giving these two portfolios to Machnouk and Rifi, in particular. “The party wants to put them in confrontation with the boiling Sunni street, in light of the proliferation of Islamist and fundamentalist groups, namely in Tripoli.”

But how will the two men walk between the mines planted in their way? In short, the source believes “this gave Hezbollah the political cover to participate in the war inside Syria. This is priceless.”

Although it seems March 14 got the lion’s share in the new government, the source suggested a closer look at the distribution of ministries to determine the balance. “March 8, with the Free Patriotic Movement (FPM), received three more important sovereign portfolios.”

The first is “the Finance Ministry, which controls all procedural decisions in the government and can mobilize all the related ministries.” It was “the ministry, which the Future Movement clung to for more than 20 years.”

The second is “the Foreign Affairs Ministry, which represents Lebanon in the international arena and is the most important in light of the explosive situation in the region.” It does not matter if Gebran Bassil took it, “ultimately, they are all copies of [outgoing minister] Adnan Mansour.”

The third is the Energy Ministry, the source continues. “Everybody knows its importance, following the agreements on oil exploration.” Moreover, “they got it despite fierce opposition from our team.”

“We expressed fears about this issue in the past, since it will keep the Future Movement from March 14’s main battle, which is to confront Hezbollah’s weapons,” the source added. Thus, all of those are “achievements for Hezbollah, not our team.”

The source is also concerned about “the series of concessions made by the Future Movement in the past, including backtracking on a March 14 government, then the de facto government, then backtracking on the condition that Hezbollah withdraws from Syria, and not to give March 8 the blocking third. Maybe later they will concede on their rejection of the people, army, and resistance troika in the ministerial statement.”

The source added that what happened in the past two days was “fake joy for a fake victory, which no rational human being should believe.” The Future Movement is today “trying to convince us it got what it wanted.” But in fact “it only achieved an internal victory for itself.”

Rifi and Machnouk are the only victors in this equation, the first “by moving from the trenches to the Grand Serail,” and the second “by receiving a moral compensation, after leaving the Interior Ministry’s building as a consultant (in the first Rafik Hariri government, which was housed in the current Interior Ministry’s headquarters) and returning as a minister.”