Despite pledges to rebuild the army and the arrival of American trainers, Baghdad government forces lost most of Anbar province in October with bases being besieged and overrun by Isis without being relieved or supplied from the outside. Instead, Baghdad has been relying on three large Shia militias that are partly under the control of Iran. 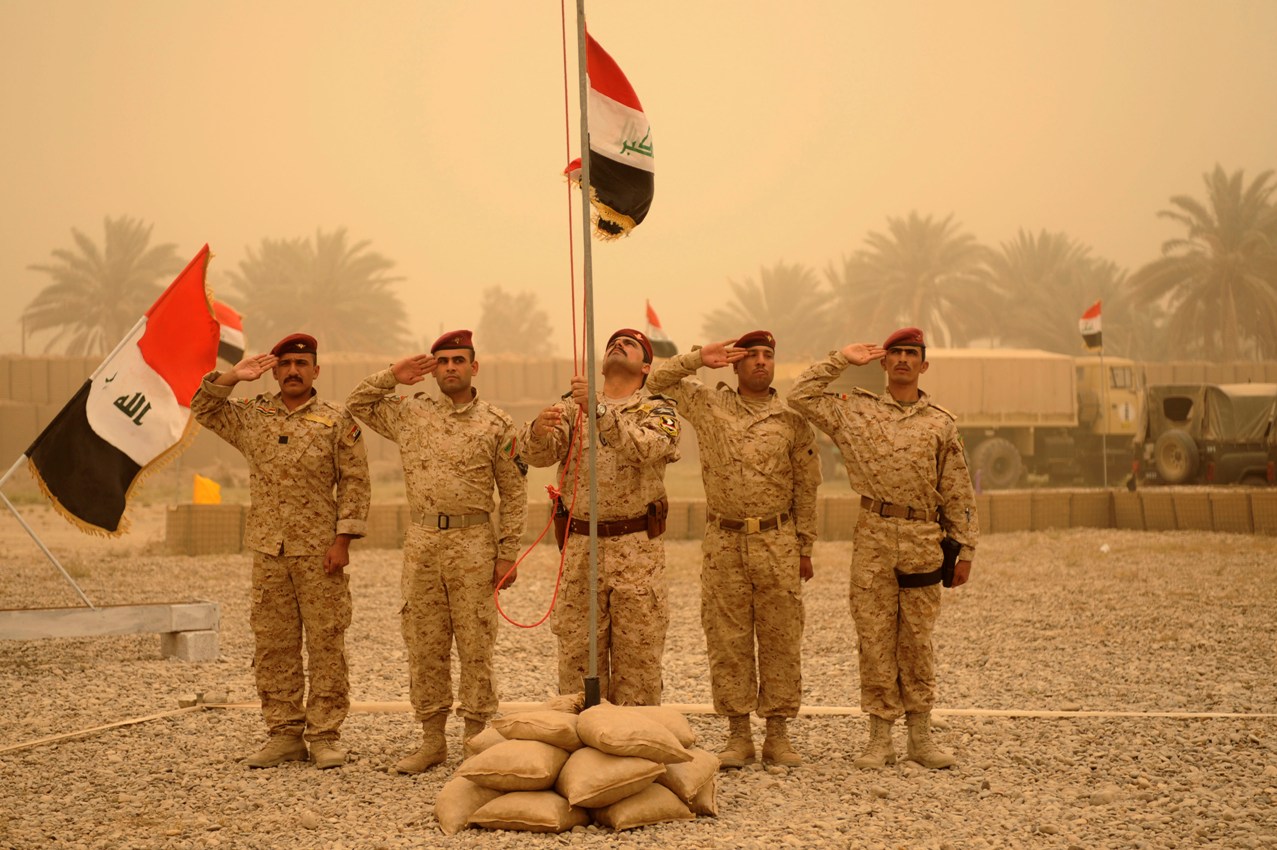 The Iraqi army includes 50,000 “ghost soldiers” who do not exist, but their officers receive their salaries fraudulently according to the Iraqi Prime Minister Haider al-Abadi. “The Prime Minister revealed the existence of 50,000 fictitious names,” said a statement after a thorough headcount during the latest salary payments.

The Iraqi army has long been notorious for being wholly corrupt with officers invariably paying for their jobs in order to make money either through drawing the salaries of non-existent soldiers or through various other scams. One Iraqi politician told The Independent a year ago that Iraqi officers “are not soldiers, they are investors”. In the years before the defeat of the army in Mosul in June by a much smaller force from Isis, Iraqi units never conducted training exercises. At the time of Isis’s Mosul offensive, government forces in Mosul were meant to total 60,000 soldiers and federal police but the real figure was probably closer to 20,000.

“Ghost” soldiers may never have existed and just be fictitious names added to the roster, or they may once have existed but been killed or deserted without this being officially noted. In either case, the officer in a unit would keep receiving the salary, though he would have to share it with his superiors. Another scam is for soldiers to kick back part of their salary to their officer in return for staying at home or holding another job but never going near a barracks. Mr Abadi’s figure of 50,000 is probably only a modest estimate of the numbers of Iraqi soldiers who play no military role.

Asked why the Iraqi army had disintegrated at Mosul, a retired four-star general said the explanation was “corruption, corruption, corruption”. He said that this had become institutionalised when the US was building a new Iraqi army after dissolving the old one in 2003. The Pentagon insisted that supplies of food and other necessities be outsourced to private companies. The general said that as a result the Iraqi government might be paying for a battalion with a nominal strength of 600 men, but which in fact had only 200 soldiers. Profits would be shared between officers and commercial companies supposedly supplying the army.

Another source of earnings for officers are checkpoints on the roads which act like customs barriers on national frontiers. All goods being transported have to pay a tariff and this will again go into the pockets of the officer corps. These will have paid highly for promotion, with the bribe for becoming a colonel $200,000 (£127,000) and a divisional commander $2m. This money would usually be borrowed and paid back out earnings.

When fighting began in Anbar province at the start of this year as Isis seized territory, Iraqi army units often found that the supply system was so corrupt and dysfunctional that they did not receive enough food or even ammunition. Soldiers going to the front complained that they received only four clips of ammunition for their Kalashnikovs.

It will be difficult to reform the army which nominally had 15 divisions before the fall of Mosul on 10 June. The former Prime Minister Nouri al-Maliki controlled military appointments out of his own office and gave senior jobs only to those who were personally loyal to him. Those who were not, or had failed to bribe the right people, were marginalised or retired as were most Sunni Arab officers  who might have had military experience in Saddam Hussein’s army.

The top commanders of the Iraqi army abandoned their troops when the battle for Mosul was at its height, fleeing by helicopter to the Kurdish capital Irbil. Despite pledges to rebuild the army and the arrival of American trainers, Baghdad government forces lost most of Anbar province in October with bases being besieged and overrun by Isis without being relieved or supplied from the outside. Instead, Baghdad has been relying on three large Shia militias that are partly under the control of Iran.

PATRICK COCKBURN is the author of  The Jihadis Return: ISIS and the New Sunni Uprising.