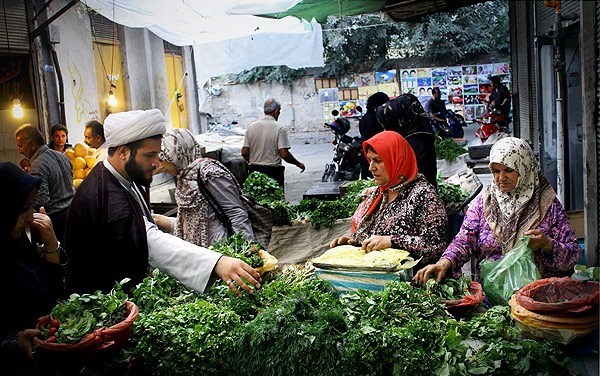 The agreement between Tehran and major powers announced in Vienna on Tuesday offers an opening for international companies as sanctions are rolled back in return for steps to rein in Iran’s nuclear programme.

With the ink barely dry, Germany said its vice chancellor and economy minister Sigmar Gabriel would visit Iran for three days from Sunday with a “small delegation of industry and science representatives”.

His ministry said there was “great interest on the part of German industry in normalising and strengthening economic relations with Iran”.

But despite the buzz over the historic agreement, analysts said Iran was no El Dorado for foreign firms.

“Doing business in Iran will not change overnight as the country suffers from an outdated legal system, restrictive labour laws and a lack of significant experience in dealing with international investors,” said Firas Abi Ali, an analyst at London-based research firm IHS.

French firms, particularly in the car industry, are already well established in Iran although they have suffered from the international sanctions imposed since 2006.

“Companies set to benefit most immediately” from the rollback of sanctions “are those that are already present in Iran,” said Ramin Rabii, head of Turquoise Partners Group, an investment firm in Tehran. They include firms such as Danone, Airbus and LVMH.

French manufacturer PSA Peugeot Citroen, which quit Iran, its second-largest market, in early 2012, is discussing a renewed partnership with IranKhodro.

PSA said that the nuclear agreement “should allow significant progress in ongoing discussions”.

Germany’s BDI industry federation believes exports to Iran could rise four-fold to more than 10 billion euros ($10.9 billion) in the medium-term, up from 2.4 billion in 2014, thanks to the need to modernise industry, especially the oil sector.

Italian exports — which stood at 1.15 billion euros before the sanctions, led by machine tool sales — could reach four billion euros in 2018, according to estimates from export credit company Sace quoted in the Italian press.

For major companies a priority is for Iran to be reconnected to the global network of SWIFT banking transactions to enable companies present in Iran to transfer funds directly to and from that country.

One area in need of urgent investment is the creaking oil sector.

Iran, which has the world’s fourth-biggest oil reserves, has seen its production fall to less than three million barrels per day (bpd) since 2012.

Iran also has the world’s largest reserves of gas and was the number four producer last year.

He said his country wanted to “accelerate” the development of the petrochemical industry, but experts said foreign energy companies face numerous hurdles.

“Although the deal will present foreign oil and gas companies in particular with a broad range of opportunities, the operating environment in a post-sanctions Iran will almost certainly remain challenging,” said Torbjorn Soltvedt, an analyst with Verisk Maplecroft.

“While Iran has committed to improving the fiscal terms offered to oil and gas companies, the country’s petroleum bureaucracy remains bloated and inefficient.” Nena News