It was crucial for the AKP, which rules in Ankara, to keep him behind bars while the country was called to vote in the constitutional referendum that gave Erdogan semi-absolute powers 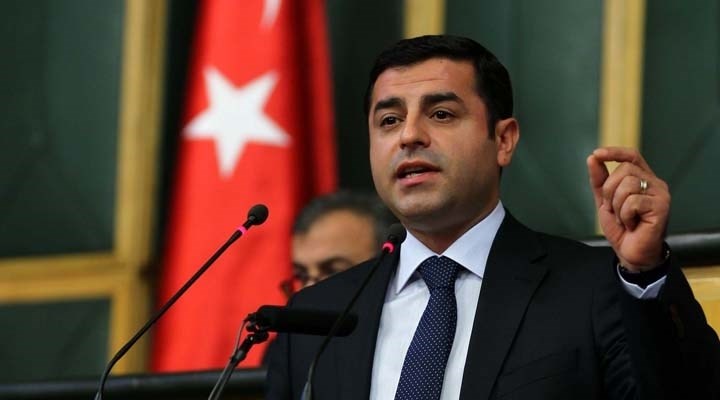 Rome, 24th of November 2018, Nena News – Two years and 10 days after the arrest of Selahattin Demirtas, the European Court of Human Rights has given its verdict: Turkey must release the leader of the HDP, the left-wing, pro-Kurdish opposition party, who has been held at the Edirne maximum security prison since Nov. 4, 2016.

Demirtas ran a presidential campaign from his jail cell via Twitter, mostly snubbed by the main Turkish media. Despite it, he placed third in the presidential elections on June 24 with 8.4 percent of the votes, while the HDP won seats in parliament with 11.7 percent, almost two percentage points above the electoral threshold.

The European judges ruled Tuesday that his detention while awaiting trial (or rather “trials,” as there are no less than 20 pending against him) is “unjustified” and violates his freedom of expression, because it prevents him from carrying out the work of a democratically elected parliamentarian: “The extensions of Mr. Demirtas’ detention, especially during two crucial campaigns … pursued the predominant ulterior purpose of stifling pluralism and limiting freedom of political debate,” the judges wrote. They also sentenced Ankara to pay a symbolic sum of €10,000 in damages, as well as €15,000 in legal fees.

Following this non-binding ruling of the European Court, Demirtas’s lawyers immediately submitted a motion for release to the Ankara court responsible for the case, reiterating that there is no justification for keeping him in prison for so long without even bringing him up for trial.

He is not the only one who has been imprisoned in this manner. On Nov. 4, 2016, another 11 HDP deputies were arrested, including Figen Yuksekdag, the co-chair of the party. Demirtas himself is facing a wide range of charges, from insulting President Recep Tayyip Erdogan to being a member of a terrorist organization (the PKK). If he is convicted on all counts by the Turkish courts, he risks a sentence of up to 142 years in prison.

That is merely an abstract risk, however, because the trials haven’t even started yet. The only one for which there has been some court proceedings is one for insults to the prime minister, who was Ahmet Davutoglu at the time (later dismissed by Erdogan). A hearing was held on Nov. 14, to which Demirtas only had access through video conference, and which limited itself to ruling that that particular court had no jurisdiction to proceed.

Demirtas reacted to the European court ruling immediately (“My position as a political hostage has been legally confirmed”). Erdogan had a reaction as well, saying, in effect, that he couldn’t care less: “The decisions delivered by the EHCR do not bind us.” He went on: “There are many things we can do in response. We’ll make our counter move and finish the job.”

This is, in fact, an issue of great concern to him: Demirtas is among the most charismatic figures on the Turkish political scene, the only one able to unite the Turkish left, the Kurds, the environmental movements and the LGBTQI community under the banner of the HDP. It was crucial for the AKP, which rules in Ankara, to keep him behind bars while the country was called to vote in the constitutional referendum that gave Erdogan semi-absolute powers (by a very thin margin), and then in the presidential elections that completed the president’s power grab.