Al-Sissi sought to deny any disagreement between his country and Saudi Arabia. He accused the media of spoiling the climate between the two countries. But the fire continues to smolder under the ashes 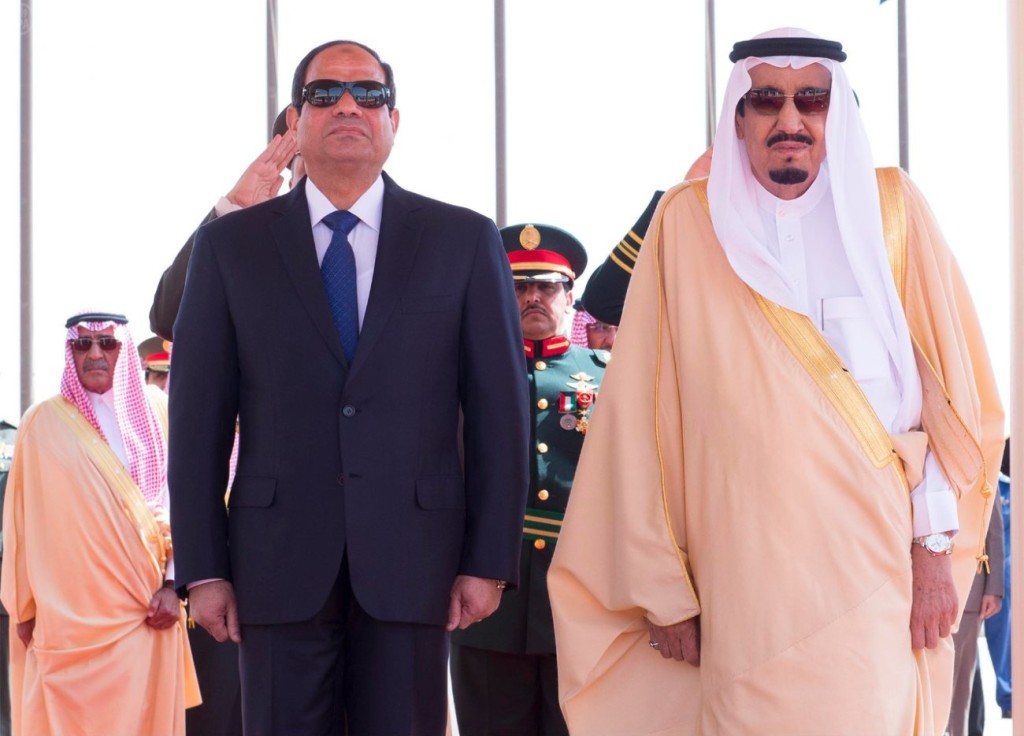 If one were to ask some of our Egyptian journalist colleagues why they are angry at Saudi Arabia, why they repeatedly use the expression ‘we only kneel before God’ and about the identity of those parties or states that want to ‘force them to their knees,’ they do not hesitate to say that ‘Saudi Arabia wants us to be its lackeys and deals with us Egyptians with the kafeel [Saudi guarantor system] mentality, and not as citizens of a state with a cultural legacy stretching back over 8000 years.

Egyptians have a strong sense of their own worth, reaching a point that some may describe as chauvinistic. They are also extremely sensitive about their Gulf brothers. They, or a large proportion of them, still view the Gulf states as ‘less developed’ when compared to Egypt – even though the reality is the exact opposite.

In his recent meeting with the editors-in-chief of the major Egyptian papers, President ‘Abdelfattah as-Sissi sought to deny any disagreement between his country and the Kingdom. He accused the media and certain social networking sites of spoiling the climate between the two countries. And, in fact, the media campaigns have subsided, at least from the Egyptian side. But the fire continues to smolder under the ashes. A colleague confirmed to me in an ‘unprecedented’ phone call from Cairo that the tension in relations still exists, and that the coming days will witness Egyptian escalation and steps that may take many people by surprise.

Veteran Egyptian journalist Makram Mohammad Ahmad, who was very close to former Egyptian president Husni Mubarak and who drafted his speeches, and whose relationship with current President ‘Abdelfattah as-Sissi is said to be very strong, initiated a new round of criticisms of Saudi Arabia, when he appeared on a TV program on Monday and detonated a bomb by claiming that ‘Israel will be in charge of security in Tiran and Sanafir islands’ [Egyptian islands to be handed over to Saudi Arabia]. He also revealed that Saudi Arabia had refused to deliver gas to Egypt on three occasions within a few months, and that it insisted on Egypt conceding the two islands before King Salman’s plane landed in Cairo Airport on his last visit [in April 2016].

Egyptian sources have confirmed something that Mr. Makram did not say, namely, that it was Deputy Crown-Prince Mohammad bin Salman who made this demand in a very ‘harsh’ and ‘dry’ letter he sent to President Sissi. The letter was kept under lids to ensure the success of the Saudi monarch’s visit to Cairo, and because the Egyptian treasury needs Saudi deposits and investments, none of which are grants. All, in fact, are loans at a specific interest rate that matches the criteria followed in global markets, namely, at 2% to 3%. But it has proven difficult to confirm the content of the letter that angered the Egyptian government and media.

The Saudis are offering these financial deposits– close to 30-billion dollars so far– and expect Egypt – like many other states – to stand in their political trench and join their regional wars in Yemen and Syria, and especially against Iran. This is why they were angered by Egypt’s attitude towards Syria and in support of the regime, and its vote in favor of a draft Russian resolution at the UN Security Council. They have also been upset at Egypt’s growing ‘courtship’ of Iran, and the meeting between Egyptian Foreign Minister Sameh Shukri and his Iranian counterpart Mohammad Javad Zarif on the margins of the UN General Assembly meetings in New York. And what has been confirmed is the fact that Saudi anger peaked when Iran demanded that Egypt’s representative should attend last weekend’s meeting in Lausanne on Syria as a precondition of its own attendance.

The Saudi authorities’ protest at this Egyptian rapprochement with Iran and Russia – whose practical implementation took the form of suspending an agreement on oil supplies estimated at 700-thousand tons a month over five years – has sprinkled a strong dose of salt over the infected wound of Saudi/Egyptian relations. Our Egyptian journalist colleague asked: ‘Why does Saudi Arabia object to our rapprochement with Iran and any attempt to establish diplomatic relations with it, but does not deal with its ally and friend Turkey in the same manner? Ankara has very good relations with Tehran, and its President Recep Tayyip Erdogan and PM Binali Yildirim visited it a few months ago. An agreement was reached on trade between the two countries to the value of over thirty billion dollars. So why is this halal for Turkey and haram for Egypt?’ And he continued angrily: ‘They want us to be lackeys.’

The visit to Cairo by General Ali Mamlouk, the Head of Syria’s National Security Agency, at the head of a large delegation, his meeting with his Egyptian counterpart General Khaled Fawzi after the suspension of Saudi oil supplies, and Egypt’s vote in favor of a Russian draft resolution at the Security Council, are certain to aggravate the rift in Egyptian/Saudi relations. Although the announcement of this visit – that is not the first of its kind anyway– came from the Syrian side and although General Mamlouk had previously visited Jeddah, it would be difficult for the Saudi leadership to turn the other cheek.

It is worth noting that Saudi anger at Egypt and its current leadership has begun to spread to Riyadh’s Gulf allies, especially the UAE, despite the fact that the Emirates had strongly backed the [2013] military coup that toppled elected Egyptian [Muslim Brotherhood] president Mohammad Mursi from the very first day. Exchanged ‘public’ visits between officials in Cairo and Abu-Dhabi are somewhat scarce these days because, when the Emirati leadership is forced to choose between Riyadh and Cairo, it is certain to choose the former. This also explains why the UAE has thrown all its weight behind Saudi Arabia in the Yemen war, and its current rapprochement with Turkey that is the main source of support for the Egyptian Muslim Brotherhood. This is the rapprochement manifested in Emirati Foreign Minister Sheikh ‘Abdullah bin Zayid’s visit to Ankara, and the warm welcome he received from President Erdogan at the Presidential Palace. (In other words, he was received as a head of state).

It is true that Saudi Arabia has sent two billion dollars to the Egyptian treasury in the form of bank deposits by way of facilitating a 13 billion dollar agreement with the World Bank. But stopping the supplies of Saudi gas and oil – and there are reports that Libyan General Khalifa Haftar has rushed to meet Egypt’s urgent needs in this regard – confirms that the crisis continues and is worsening.

Egypt’s heavy media artillery is preparing to resume its shelling.