Seven years after the outbreak of the Arab Spring everything would suggest that dictatorships have won but this is a simplistic conclusion. The existing dictatorships are in a deep crisis that threatens further catastrophes 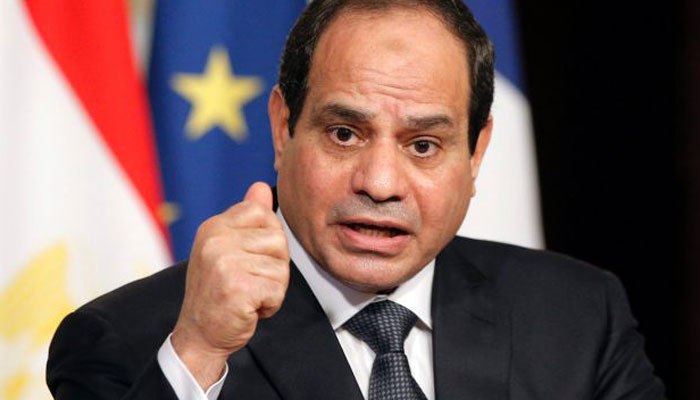 It is worth noting that the international and Western press has not shown the least concern or interest in this week’s Egyptian presidential elections. And the reason, as we all know, is simply because the result of the vote has already been determined. In fact, the entire elections have become a sort of political joke, even compared to those held under former president Husni Mubarak.

The lack of any restraints has reached unprecedented levels, to the point where President ‘Abdelfattah as-Sissi’s rival will cast his vote in the president’s favor, while those who even considered running against him have been faced with charges and been subject to a huge smear campaign.

While the actual result is already known, what remains very doubtful and uncertain is where the entire Arab region is heading. For, judging by what is happening on the political surface, dictatorship and tyranny seem to have succeeded in imposing their dynamics on the ground.

In tandem with the Egyptian elections, Assad’s army – backed by the Russian air force, the Iranians, Hezbollah, and sectarian militias from across the borders – has entered the Eastern Ghouta, while the civilian inhabitants and [opposition] fighters are being deported to Idlib. As a result, the regime is recapturing new areas, while all eyes have turned to the remaining areas in the South. This has led the regime’s supporters and Western diplomats to claim that Assad is winning militarily, and that he will re-impose his control over most of Syria.

Democracy has been defeated in the Arab world, and dictatorship has been repaired and has regained its past glories. This conclusion is supported by the global changes that are occurring even in Western states. U.S. President Donald Trump’s administration has itself created a crisis for the bases of Western democracy. In addition to caring little for democracy as such, Trump is backing dictatorships, in fact. And there is also the rise of rightwing movements in many European states – all of which indicates that the kind of external pressures that occasionally used to be exerted on tyrannical regimes in the past, are now also disappearing.

This is how matters may appear at a first glance. However, a deeper and more analytic review of the situation would demonstrate that this conclusion is extremely simplistic and shallow. If we were to examine all that has happened in the aforementioned countries, we would discover that deep changes have occurred that are totally different from what first impressions suggest.

Suffice, for example, to compare the current Syrian revolution to the events in Hama in 1982. We would then see that those events were local and ended in the Muslim Brotherhood’s military defeat and [former president Hafiz al-] Assad’s victory. But what is happening in Syria today is a war by proxy and militias that have come from across the borders, while [Bashar al-] Assad is 7th or 8th on the list of those who can take decisions regarding what is happening in Syria, including his allies: President Putin and [Iranian al-Qods Brigade General] Qassem Soleimani are those who take decisions, followed by Iraqi, Lebanese, Iranian, and perhaps even Syrian battlefield commanders.

The situation is no different in Iraq, Yemen, and Libya. In Egypt, the country’s political future has no real horizon, while the crises in the other countries continue to unfold. In other words, we are moving from a bad to a worse situation, demonstrating that the alternative to democracy, freedom, peaceful change, and entering a new era, is anarchy, breakdown, internal wars, and crushing predicaments.

The alternative to the Brotherhood and political parties in Egypt is the Sinai [ISIS] Wilaya, which has issued a terrifying video entitled ‘The Failed Confrontation’ detailing the war in Sinai. In Iraq, Syria, and Lebanon, Qassem Soleimani has the final word; all of which means that the Sunnis’ terrible predicament continues, and that the causes behind the crises and catastrophes in the other states have remained the same. In such circumstances what horizon may we expect in light of the ‘good news’ that the dictatorships have won and that democracy and the Arab Spring have been defeated.