EGYPT. Corruption in public subsidies is ineradicable even for al-Sisi

The Ministry of Supplies may be involved in a new scandal on bread subsidies, a crucial sector for the country’s stability and among the most corrupted ones in the Egyptian economy. Despite the early enthusiasm, even the General’s reforms seem to have failed 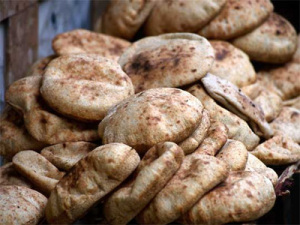 Rome, March 22th 2016, Nena News – The correct functioning of bread subsidies is of major concern to every Egyptian president who wants to stay in power. And it’s not coincidence that both Mohammed Morsi and Abdel Fattah al-Sisi – aware of the threat constituted by the same popular unrest conducive to their presidencies – put the sector’s regulation among their agendas’ most urgent goals. Back in January 2015, within the framework of a broader and vaunted fight against corruption, the former Field Marshall introduced a set of new reforms which, according to some commentators, allowed him to both save public money and gain popular consensus. Indeed, at least following the numbers communicated by the minister of Supplies, Khaled Hanafi, $766 millions were saved in a year. But according to a report published by Reuters last week, it seems that even General Sisi’s rigour wasn’t enough to discipline the most corrupted sector in the Egyptian economy.

Until January 2015, bakeries – run both by the government and the private sector – reported their sales to the Ministry of Supplies, by which they were accordingly refunded with low cost subsidized wheat. A wide majority of bakeries though cheated on sales, in order to gain more wheat to place on the black market. To this regard, it is believed that 50% of the public money injected in the system went lost during the process. Moreover, although Mubarak had already attempted to divide the population into different income bands in order to rationalize the expense, people from wealthier classes actually kept on benefiting from subsidies for decades; while bakeries distributed bread on a “first come, first sold” basis. Not only did this create interminable queues, but it also deprived of subsidized bread those really deserving it.

The reforms president Sisi introduced last year consisted both of a stricter differentiation into four income bends – where those earning more that 1,500 Egyptian pounds are not entitled to access subsidies – and in a smart card system distributed among the poorer families. Each card corresponds to five loaves a day, for a value of 45 Egyptian pounds a month, plus 15 pounds to be used for other primary goods. If a family does not use the whole amount of 45 pounds for bread, it will be then allowed to commute spare bonuses into other subsidies. An electronic system was also installed in the state-subsidized bakeries, in order to check the exact quantity of bread distributed by each of them; hence to calculate the correct amount of wheat to be refunded. However, although the smart card system positively revolutionized subsidies sector – mainly protecting the Egyptian society’s lower strata -, it was not enough to eradicate corruption; which, according to some sources working on bread distribution and sales, it would proliferating more undisturbed than ever.

On the one hand, smart cards’ intelligence seems challenge-able. Indeed, as a greengrocer from Helwan – Cairo’s suburbs –said to Reuters, it might have been compromised by the producing company itself; which sold counterfeit cards able to cheat on distribution numbers. On the other, according to what denounced by Waleed Diab – director of the Egyptian Millers Company -, the scandal behind state-subsidized wheat could both undermine the country’s fragile economy and its government’s credibility. Indeed, according to Diab, the Ministry of Supplies would be deeply involved into a corruption cycle enabling all local wheat suppliers to earn extra 2 billions pound each ($ 255 dollars).

Since the Egyptian government pays more for local wheat than for the imported one, many local suppliers cheated on provenience; while the Ministry covered up reporting of an extraordinary 2015 harvest. More in details, the Ministry said that thanks to an increased internal production last year, it was able to buy 5,3 million tonnes of wheat – compared to the 3,5 million tonnes of the previous year -; surreal numbers according to various experts. To this regard, particularly blatant is the case of Facilitation for Agricultural Crops (FAC) – a local supplier headquartered in Cairo. According to the young lawyer Ahmed Gad,the company declared to have sold 120,000 tonnes of wheat, while its stocks can only contain 10,000. Gad worked for the company until last September, when he eventually resigned and denounced the anomaly. In response, FAC accused the young lawyer of stealing documents; while he was victim of an assassination attempt shortly after. Interviewed by Reuters – which could also verify the disproportioned he had denounced – gad referred that Egyptian authorities had already preferred to file the case.

Once ‘the granary of Rome’, Egypt is now the first world importer of wheat; for which Cairo spends more than $ 3 billions a year, loosing a fifth of it due to corruption. Burdensome legacy of Nasser’s socialist policies – then widely exploited by Washington to create a ‘democracy of bread’ depending on American low cost wheat -, subsidies on basic food have always been tied to Egyptian politics, constituting a very delicate field of the country’s economy and limiting both its prospects for growth and its autonomy from foreign aids. The sector, among the most corrupted, counts in fact for 25 % of the country’s public expense and was of particular constraint to those who, after Nasser, heralded a transition towards a market economy. When in 1977, under the IMF and the World Bank’s pressures, Sadat announced cut to public spending – hence to subsidies – the ‘bread revolt’ raged from there forced the president to promptly backtrack. Since that moment, no President of Egypt ever dared to remove food subsidies and this was conducive to a uniquely controversial interdependence of the government and the lower strata of the population. In other words, if the former’s inability to effectively deal with subsidies can fuel protests – as against Sadat -, its ability to heighten its reach, even just symbolically, can calm down public dissent. As it happened with the general strike of April 6th 2008, when Hosni Mubarak could postpone his fall by three years only increasing subsidies.

Until now, General Sisi’s reforms managed to ameliorate the poor’s access to basic goods, keeping potential dissatisfaction at bay. Yet, with public subsidies being as necessary for Egypt’s stability as unbearable for its public coffers, if the General wants to diminish its dependency on foreign aids – namely on Saudi money -, without facing new protests, he has no choice but tackling corruption. Nena News