Does Egypt have a Government?

You can call it a dictatorship, a despotism, a tyranny, a garrison state, unlimited rule, or even a reign of terror carried on by thugs in suits. All of these would be relatively accurate. What you can’t call it is a government. 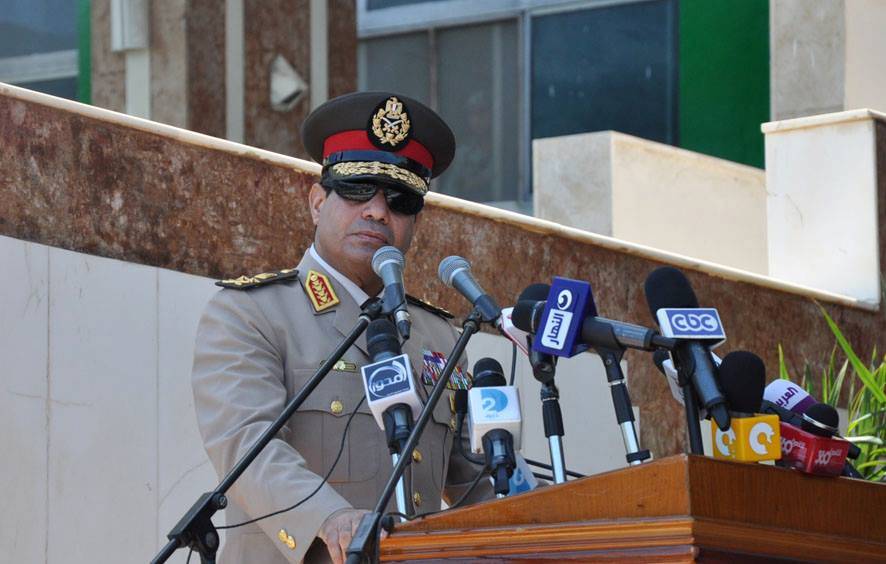 Military officers often take over countries, but only a fool would call the result a government. Governments do not have to be democratic, but they do have to be rule-based. The rules can come in the form of generic laws or customs, but in all cases they have to be promulgated, that is, be publicly set forth. In addition, obedience to the rules has to rest on something more than fear. If whatever system is running the show is subject to the whim of an individual or group of individuals, or operates through rules known only to the police, or relies mostly on terror, it is not a government. It is a despotism of some sort. Most instances of military rule fit the description of despotism. Speaking of such regimes as governments is just so much nonsense.

By the way, dictionary definitions of government are usually inadequate, restricting themselves to vague statements like “a particular system used to control a country.“ If the mafia took over Italy, would you understand their form of control as government?

There has been progress over the years as to what really constitutes government, and the rule of the condottieri no longer fits.

Historically the United States and the politicians who create its foreign policy do not bother with such distinctions. Often they seem to prefer despotisms. Be it for ideological or economic reasons, the U.S. has indulged in regime change for almost two hundred years, and a good number of times the beneficiaries of such change are the local military bosses. This history has had a cumulative effect on U.S. credibility: today, when Washington proclaims its mission is to bring democratic government to an otherwise benighted world, almost no one outside of the USA believes it. This is a fact never mentioned by the mainstream American media.

An example of a current military despotism that has been, and is now again, the recipient of U.S. military largess is the one in Egypt. The military has run things in Egypt since 1952, when a group of officers overthrew King Farouk and emasculated the Egyptian parliament. That situation lasted until 2011, when a popular revolt forced the resignation of Hosni Mubarak, an air force officer who had, for over thirty years, masqueraded as Egypt’s “fourth president.”

Mubarak’s fall was followed by a brief hiatus of democracy. During this time the Egyptian people actually engaged in a relatively free and fair election in which they selected a legitimate president in the person of Mohamed Morsi. The fact that Morsi was a religious Muslim did not make his election any less legitimate, though it did present those who did not vote for him with a choice. Would they accept an elected government led by a devout Muslim, with the implied possibility of altering its orientation though future elections, or would they reject the electoral results and revert back to military despotism, with the explicit awareness that changing that form of rule would require another popular revolution? We now know that a good number of those who did not vote for Morsi chose to return to military control.

That sizable minority certainly has gotten what they wished for. Egypt is now back under the control of a military dictatorship, this time led by Abdel Fattah el-Sisi, a “field marshal” who became the “sixth president” of Egypt by pulling off a coup in 2013, followed by a rigged national election.

What have “President” el-Sisi and his lieutenants been busy doing since putting aside their uniforms for tailored suits? Here is a list of items based on recent news reports as well as anonymously released recordings, which (shades of Richard Nixon) the Egyptian strongmen were at once arrogant and stupid enough to make.

– They have been busy manipulating the Egyptian news media so as to construct a cult of personality in which el-Sisi is promoted as a heroic figure “carrying the responsibility of the country in an existential crisis.” The media have been instructed to describe el-Sisi as a “brave, special, free and patriotic Egyptian.” To criticize him is to “slander this beautiful thing we have found in our lives.” One can’t help wonder who dreamt up this terminology.

– They have been busy funneling money into special accounts controlled by the military. It is of particular interest that one of these accounts is named the “Tamarrod” account. Tamarrod was the name of a supposedly independent secular and “democratic” youth movement that was very active in calling for the removal of Mohamed Morsi. This raises the question of whether significant elements of Egypt’s so-called democratic movement opposing Morsi were no more than fronts funded and manipulated by the military.

– They have been busy manipulating the courts and legal system. This should come as no surprise, because at least since Mubarak’s time the Egyptian courts have been stacked with supporters of military rule. The elected Morsi government ran headlong into a so-called legal barrier when almost everything it attempted was overruled by a court system loyal to the deposed Mubarak dictatorship. Subsequently one of the charges being brought against Morsi by the restored military despotism is “insulting the judiciary.”

– They have been busy destroying any person or group who would oppose them, including the Muslim Brotherhood, which has been declared “a terrorist organization.” For the Egyptian military to call the Muslim Brothers terrorists is like Israel calling the Palestinians terrorists. At the very least it is an example of projecting onto your foes tactics that you yourself practice. The el-Sisi cabal has also imprisoned and tried Mr. Morsi on a long list of manufactured charges, some of which may result in his execution. Last but not least, members of the truly independent secular democratic movement have been harassed and imprisoned.

– And, of course, el-Sisi, this “beautiful thing” that has come into the lives of all Egyptians, has allied with Israel to oppose Palestinian resistance to occupation. As a result he and his cabal are now actively complicit in the ruination of every Palestinian trapped in Gaza.

There are many names you can give the present nature of rule in Egypt. You can call it a dictatorship, a despotism, a tyranny, a garrison state, unlimited rule, or even a reign of terror carried on by thugs in suits. All of these would be relatively accurate. What you can’t call it is a government. To do so would slander the centuries-long struggle against all forms of despotism that have taken place both in the West and in the East. And, even more to the point, it would slander all those Egyptians who have, at great personal risk, stayed loyal to the goal of democracy for their country.