REPORTAGE. We traveled to Bahrain and reported without official accreditation in order to bring the ground truth to light. Speaking with us at great risk to themselves, critics of the monarchy describe the violent tools of repression, which tolerate no dissent. 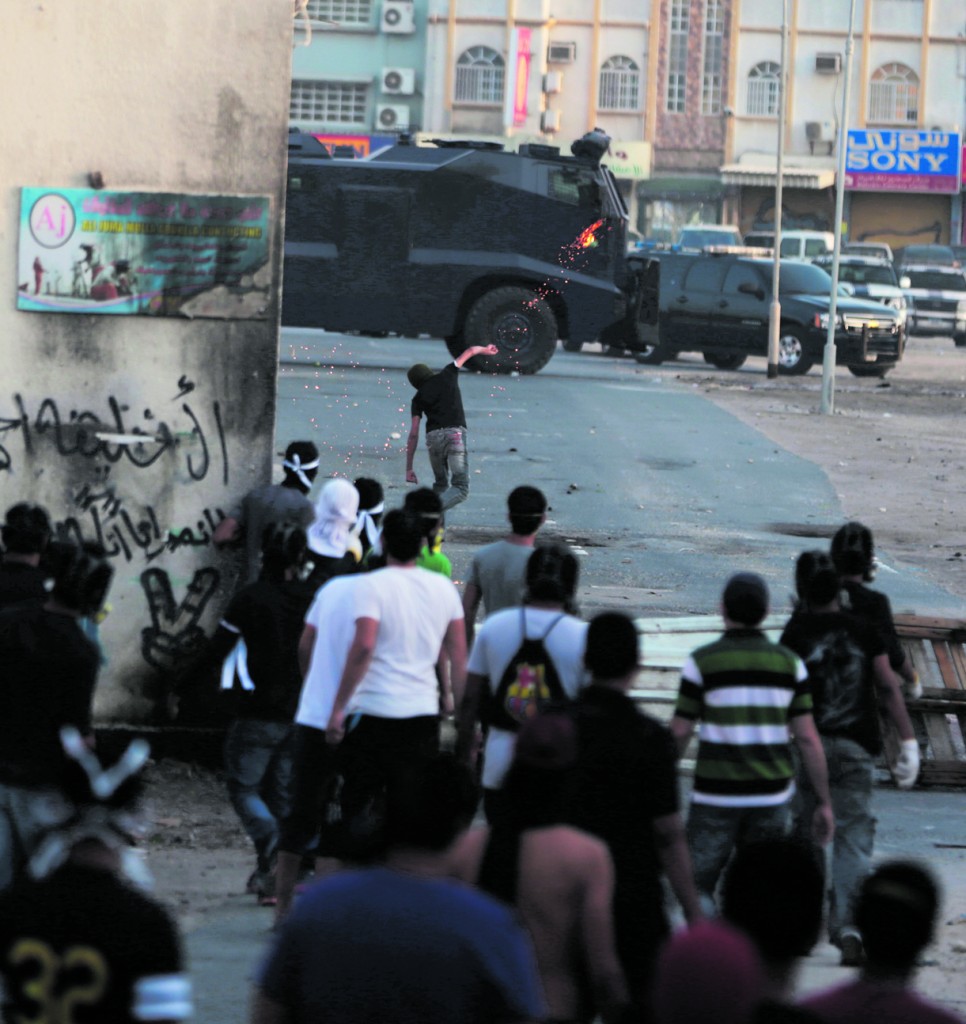 To browse the Bahraini newspapers is reassuring. Everything, they write, is going great under the reign of King Hamad bin Isa al Khalifa. Women are reaching important milestones, and the meetings conducted by members of the royal family around the world are always a success. Bahrain, they say, is a model for the coexistence of different faiths and ethnicities. And even the economy is said to be doing well, despite the budget deficit that the wealthy “brothers” from Saudi Arabia and the UAE are called to cover from time to time, to the tune of billions of dollars. And, last but not least, the Formula 1 Grand Prix in the spring showcased this tiny Gulf archipelago, with an area of ​​just 765 square kilometers.

But this facade hides a ruthless regime that shows no mercy to opponents and in recent years has implemented vicious repression in order to extinguish any expression of dissent, on the pretext of fighting terrorism and “interference” by the Iranian enemy. We experienced this climate of fear firsthand during our short stay in the country in the past week. In Bahrain, it is extremely dangerous to talk to foreign journalists, and those who do risk arrest.

In the “fairytale kingdom” touted by the mainstream press, a disrespectful tweet about the regime of the ruling al Khalifa family can get you sentenced to years in prison. For this reason, we have to keep all our sources strictly anonymous and avoid identifying in any way the people who have agreed to tell us how things really are. I chose to do my reporting in an underground fashion, without the official journalist accreditation that would have strictly limited the possibility of doing investigative work.

“Freedom of the press does not exist,” one political leader told me. “The only independent newspaper, Al-Wasat, has been closed down by the authorities, and opposition political parties such as the socialist Waad and the Shia Al-Wefaq have been disbanded and their leaders imprisoned or forced to live like prisoners in their homes. One of them is Ebrahim Sharif, of Waad. Human rights activists have also suffered the same fate. One of them, Nabeel Rajab, who is also known abroad, has been sentenced [earlier this year] to five years in prison because he had tweeted criticism of the monarchy and because he, according to the court, had defamed Bahrain by denouncing arbitrary detentions, torture and other serious abuses. You also get arrested if you criticize Saudi Arabia and other Arab countries.”

My source himself was punished with jail time for the “crime” of having participated, at some point in the past, in a campaign to transform the absolute monarchy into a constitutional one and to establish a real parliament. Under the current system, the elected lower house has no power and is subject to an advisory board with members appointed by the king.

“In this country, a Sunni minority, to which the royal family belongs, has control of almost everything in politics and economy, while the Shiites, the majority of the population, are second-class citizens,” he said. At the same time, “there is no religious conflict in Bahrain, as the regime pretends. The Shiites have been fighting together with many Sunnis for equality and democracy since the ‘90s, and have always done so in a peaceful manner, before and after Pearl Roundabout.”

Pearl Roundabout, a downtown plaza that was once adorned with a pearl monument, was the setting for anti-government demonstrations during the Arab Spring in February 2011. Following the example of the Egyptians camped out in Tahrir Square, the Bahraini set up their own tent camp. The first reaction from the regime was violent, leading to four deaths and a number of injuries. For about a month afterward, the situation remained relatively calm, with a few confrontations and scuffles only in the most popular residential areas. Pearl Roundabout became a laboratory of ideas and the driving force for peaceful demonstrations featuring thousands of people.

Then King Hamad, after giving some timid sign of willingness to listen to the demonstrators, suddenly asked for the intervention of the “Gulf Shield,” the defensive alliance of the oil monarchies, and troops sent from Saudi Arabia and the UAE gave the Bahraini security forces the muscle they needed to bloodily snuff out what had been the greatest promise of a possible development of a diverse and democratic Bahrain. There were dozens of deaths, and hundreds were arrested, including wounded demonstrators in their hospital beds. The pearl monument was destroyed by order of King Hamad.

In the following years, there have been negotiations, some sincere and others less so, but the king has lately eliminated any room for dialogue and pushed his repression further, to the point of outlawing any form of opposition, including political parties, information outlets and simple association. Mere dissent is passed off as “an expression of Iran’s attempts to destabilize the kingdom.”

Our source says that “at least 800 regime opponents, all Shiites, have had their citizenship revoked and now live in extremely difficult conditions for them and their families, because they are deprived of all rights.” Meanwhile, the authorities have granted citizenship to thousands of foreigners—almost all Arabs and Pakistanis, including many mercenaries who joined the security forces—in order to increase the numbers of the Sunnis.

Dozens of regime opponents are in exile, including Zeinab al-Khawaja, the daughter of the director of the Gulf Center for Human Rights, Abdulhadi al-Khawaja. She has been imprisoned for years. One woman told us she was tortured: “They used physical and psychological torture against me. They humiliated me, mocked me, threatened me with rape. They would call me ‘bitch.’ But the men who are imprisoned have it even worse.”

One journalist described a climate of terror when it comes to information. “We are in constant panic. We can only talk about official news, news against Iran, sports and lifestyle. Everything else is forbidden, and someone who slips up in the slightest will lose their press accreditation and their job.”

The regime has also imprisoned religious leaders, including the spiritual leader of the Shiites, Sheikh Qassem Ali, arrested nearly two years ago at the end of a siege by the regime’s security forces in his village, Diraz, which cost the lives of five young protesters. “The legislative and municipal elections scheduled for Nov. 24 will be a sham,” the journalist adds, ”as the only candidates allowed are those who toe the line of the monarchy.”

Beside Saudi Arabia’s “protection,” King Hamad also has the Trump administration on his side—as Bahrain is host to the Fifth American Fleet at Juffair—which has guaranteed him full support for his policies “against Iran’s dangerous meddling.” Furthermore, the recent opening of a new British base on the island will also buy London’s silence.

The towns on the outskirts—inhabited by the Shia—look like ghost towns. Few people can be seen on the streets, and the tension is palpable. On the walls are written slogans against the monarchy, and those who write them risk severe punishment. In these areas, protests with stones thrown at police still take place from time to time.

The security forces have crushed peaceful resistance, likely opening the way to other forms of struggle. Young Bahraini are more and more skeptical of the traditional opposition, which has believed for many years, to no avail, that they could make an agreement with a king who does not want to concede anything.

On Monday night, the army and police conducted a large operation, with 169 arrests, against what was said to be an organization allegedly similar to the Lebanese Shiite movement Hezbollah. The regime opponents still at large were in a state of panic for many hours. In this atmosphere of tension and fear, the presence of an Italian journalist without official accreditation increased the risks for the people who agreed to answer our questions. To ensure their safety, at their request, we left Bahrain immediately.