ALGERIA. The authority and the autumn of the game

Governmental solidarity has become a thing of the past. Even presidential arbitration no longer exists, in order to defuse the disputes between the ministers 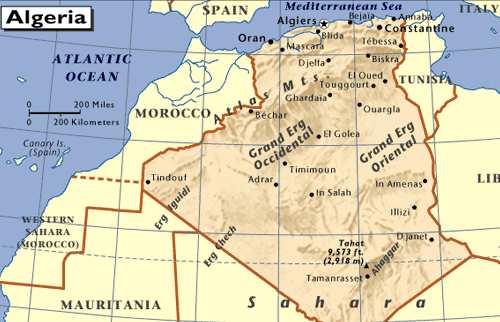 What is happening in Algeria is odd! The government has surrendered to corruption and mediocrity, even become the sponsor of these phenomena. The ministers are throwing files of corruption and shortcomings at each other. Governmental solidarity has become a thing of the past. Even presidential arbitration no longer exists, in order to defuse the disputes between the ministers. As for the Prime Minister, his presence is not present, amid strong rumors saying he has left. So, the country is no longer just suffering from the president’s absence, but also from the total absence of the government. The parliament speaker on the other hand is representing the president at the dead Non-Aligned Movement conference in Caracas instead of tending to parliamentary affairs.

In the meantime, the opposition parties are preoccupied with calculations related to their participation in the next legislative elections, and their fiercest leaders have started to enter a stage of hibernation while hoping to get the needed quota. This is why not one voice, even a low one, is addressing the clear contradictions affecting the government’s performance nowadays. As for the loyalist parties, they are also witnessing a strong seismic movement, caused by the drafting of the lists of candidates who will run in these elections, amid a preliminary war being waged at the level of the bases and leaders, in a way revealing blatant opportunism. This also led to the appeasement of what the latter parties dub the supportive criticism of the government’s, parliament’s and president’s performance. The group of followers surrounding the president and present inside the government and parliament is currently puzzled.

Will the legislative elections truly be held based on the previous formula? Will the military institution play the biggest role in determining who will win? Or will the army be the biggest absent this time around, in influencing the distribution of these elections’ “quotas” on the parties? And if the elections are held without the army influencing their outcome, will the army maintain its usual role in determining who will be Algeria’s next president…? Will the army risk what it has not given up on for 60 years? Or will it settle the situation at the right time? The army naturally represents the electoral social base of the RND and FLN parties… So, if the army pulls out from the electoral process, both parties will be electorally exposed and the civil front of the authority will collapse. President Bouteflika is well aware of that, and cannot risk the staging of elections without the military institution’s influence.

Hence the current seeking of the introduction of changes to the government and the authority’s parties, to ensure cohesion between the presidency, the government and the parties, and the staging of monitored elections by cohesive presidential, military, partisan and governmental institutions. However, the current state of these institutions does not permit cohesion, especially since the conflict over the post-Bouteflika stage has reached its peak and no longer allows calm and harmonious elections. Therefore, the ghost of the transitional stage has become safer for the continuation of power.