The ailing president Abdelaziz Bouteflika is managing his fourth re-election campaign through proxies and trying to control Algeria in the same old ways. But it isn’t the same country any more, stresses Jean-Pierre Sérén 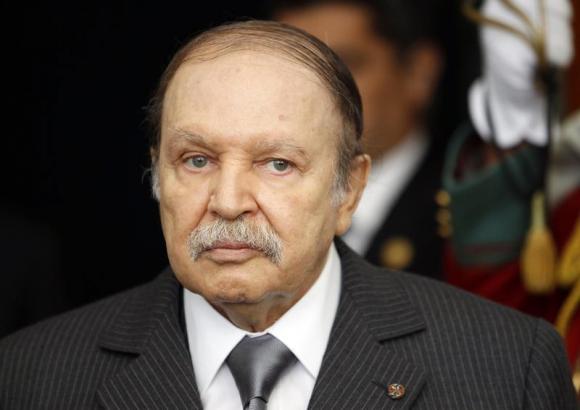 “In late summer 2013 there was panic among the upper echelons of power,” an Algerian minister who was in post at the time told me, and within days “the party, security services, government and army were completely shaken up.” The National Liberation Front (FLN), which has a majority in Algeria’s National Assembly, hastily appointed Amar Saadani as secretary general without the backing of the party’s central committee. Saadani lost his job as National Assembly president in 2007 after shady dealings that have never been publicly disclosed.

Saadani publicly rebuked the shadowy, seemingly unmovable Mohamed “Toufik” Mediene, head of Algeria’s intelligence service (Département du Renseignement et de la Sécurité; DRS). Several of Toufik’s responsibilities were ostentatiously taken away, among them supplying state propaganda to the media, and the contacts with parties, unions and organisations that are intended to give the regime a greater semblance of pluralism. Ten ministers — four of them in senior posts (defence, interior, justice and foreign affairs) — were summarily dismissed. One was reassigned to the constitutional court, and the prime minister, Abdelmalek Sellal told the others that their results were not in doubt. But in August 2013, a month after President Bouteflika returned to Algeria after a stay in Paris (where he had gone for treatment after a stroke), there had been a scandal in Milan, when an Italian director of Saipem, a subsidiary of the oil company ENI, had admitted paying nearly $200m to Algerian intermediaries to win contracts worth $11bn.

This enormous sum seems not to have troubled the Algerian authorities, more concerned about judges from Italy, France and the United States investigating an Algerian corruption case for the first time: Scandals have fed gossip in Algeria since 2009, but have not led to a single prosecution. The Algerian justice system looks the other way. The president of a court in western Algeria admitted that “in sensitive cases, when the court retires to consider its verdict, I know that in reality I’m going for coffee with my fellow judges while we wait for the phone call that will tell us the verdict.”

Saadani was reappointed on 1 September 2013, and that day pressurised justice minister Mohamed Charfi to remove the name of former energy minister Chakib Khelil, an associate of Bouteflika, from the Saipem case files, or lose his job. Eleven days later, Charfi and nine colleagues were sacked.

The Saipem scandal broke in the run-up to the presidential election, and the ruling elite thought it was a deliberate attempt to destabilise them (like the scandal around Turkish prime minister Recep Tayyip Erdoğan). State media claimed that the instigators were abroad, though they did not name names. Were there collaborators inside Algeria? The DRS must be involved — it specialises in corruption investigations and has uncovered several cases that embarrassed people close to the president. The Sonatrach 1 scandal also involved the oil industry; another case concerned the construction contract for Algeria’s east-west motorway, awarded to Chinese and Japanese companies in a process that lacked transparency.

General Toufik had to be neutralised. The task fell to an Algerian “gang of four” favoured by the ailing president. When Mao Zedong was on his deathbed in 1976, his wife Jiang Qing imposed herself on China’s power structure: Algeria’s equivalent is Bouteflika’s younger brother Said, supported by Abdelmalek Sellal (who resigned as prime minister on 13 March to run Bouteflika’s election campaign), FLN secretary general Saadani and Amar Ghoul, the transport minister and an influential figure in the Islamist movement, who hushed up the motorway construction scandal. Said Bouteflika, as presidential special adviser, is the link between the outside world and his brother, who is still receiving medical treatment in a villa near Algiers.

Former general Hocine Benhadid, who claims other military figures share his views, said Said “is running the country, and his only opponent is the DRS. Everyone prostrates themselves before him; ministers, walis [governors], the police, top officials… He’s got a direct line to the president, so people obey him.” He also said that army chief of staff General Ahmed Gaid Salah backs Said even though the rest of the army does not. Gaid Salah is well known for his brutality and narrow-mindedness; he is the most powerful of Said’s cabal.

Former DRS colonel Mohamed Chefik Mesbah, who used to manage public relations for the DRS, said: “After the suspension of the electoral process in 1992, a duly constituted conclave of the military decided the best course of action. On one side were the general staff, the military regions and the large units, and on the other the intelligence services, who provided an interface with the political sphere. But decisions were reached by consensus.” Bouteflika has placed one of his own men at the head of the council of generals running the army (and to some extent Algeria) by appointing Gaid Salah as deputy defence minister in the 11 September cabinet reshuffle. Three generals were retired in January 2014 while the former head of anti-terrorism was remanded before the Blida military court. Others are keeping quiet. Thus far the army has not responded to the call in February from the former “reformist” prime minister Mouloud Hamrouche (1989-91) to “save Algeria.”

The “system” Mesbah describes has run its course. The cabal has replaced it and is masterminding the ailing Bouteflika’s campaign, directed through his intermediary, for a fourth mandate. He has been in power for 15 years. Over those years, the state has come to be embodied in this one man, who has taken almost all decisions, reducing ministers and those heading institutions to interchangeable puppets. A former prime minister said: “He’s a figure who’s hard to put up with. Authoritarian, interfering, suspicious — a Bonapartist at heart.” Bouteflika has ill-disguised contempt for the third-rate parliament, the product of fraud that he permitted or encouraged; he prefers decrees to laws, nominations to elections and manoeuvres to political debate.

The opposition has done little to oppose him. Islamists, nationalists and democrats are divided into splinter groups and rival factions. With the presidential election impending on 17 April, they have mainly been opposing each other, unable to decide whether to stand in the election, boycott it or support the official candidate. All shades of opinion exist. Jihadist groups, concentrated in the mountain regions and the south, frighten the people more than the authorities, although they threatened Algeria’s main industry when they attacked the Tiguentourine gas plant at near the Libyan border in January 2013.

Among the opposition, only Ali Benflis has mounted a campaign worthy of the name. He resigned in 1991 over the opening of detention camps. He was prime minister during Bouteflika’s first term, but stood against him in the (rigged) 2004 election, in which he got 6% of the vote. As a former president of the Bar, he has support in legal circles and the FLN (he is a former secretary general), and has active support networks, including in Islamic circles. He has proposed that Algeria should begin its democratic transition with a national conference open to all groups; this would write a new constitution, restore the independence of the judiciary and give more clout to the legislature.

A house painter I met in Hussein Dey, near Algiers, summed up opinion on the streets: “Bouteflika’s past it. The script’s been written in advance, the election won’t change anything… Even if Barack Obama was elected president of Algeria, nothing would change.”

Yet the country is changing. The journey on the three-lane east-west motorway reveals renewal: New, often half-finished buildings have sprung up everywhere; villages are growing into towns and large farming companies are taking over land and working it with tractors. In the east, between Bordj Bou Arreridj and Setif, there are the first signs of privatised industry: The old highway is lined with brickworks, soft drinks and food processing factories, quarries, mills and assembly plants. In Bordj, Condor, a family conglomerate that employs 6,500 people, manufactures solar panels, air-conditioning units, flat-screen TVs, mobile phones and tablet computers. “We push integration as far as is economically viable,”said managing director Abdelmalek Benhamadi.

On the other side of the country in Tlemcen, a local company is negotiating with a European group for the relocation of a printing business to Algeria, which would be a first. Industrialists can take advantage of cheap labour (on average $275 for a 40-hour week), subsidised credit and low-cost energy, though there are far fewer industrialists than businessmen pursuing public sector contracts, worth several billion dollars a year, bolstered by their relations with those in power.

In Algiers, the most recent middle class acquisitions — cars and air conditioning — are visible everywhere. Morning and evening commutes can easily take an hour from distant housing projects surrounded by waste ground where sheep graze, sometimes right by shantytowns. The middle class have new needs, which the public sector is unable to meet. There is spectacular growth in private schools and kindergartens, and on the first floor of smart apartment blocks in central Algiers there are signs offering quick courses for chefs, or foreign language classes. The Al-Azhar clinic (110 beds, 300 staff), built in Dely Ibrahim in northern Algiers in 2005, is very much state of the art, and its director, Dr Djamal Eddine Khodja Bach, said: “People increasingly want to be certain of being well looked after. The doctors in the public hospitals send a lot of people to us.”

Just minutes after Bouteflika announced he would stand again, the first protest was led by a public sector doctor, Amira Bouraoui. “I’m a gynaecologist in a public hospital, and I am disgusted to see women forced to share beds after giving birth, while your candidate is looked after at Val-de-Grâce! [Paris]” she said on the private TV channel Echourouk, during a debate with a member of parliament who supports Bouteflika. Algeria may be changing more quickly than its leaders. Nena News