Despite its close collaboration with Russia in Syria, Iranian political and military officials are growing increasingly suspicious about Moscow’s intentions and long-term strategy 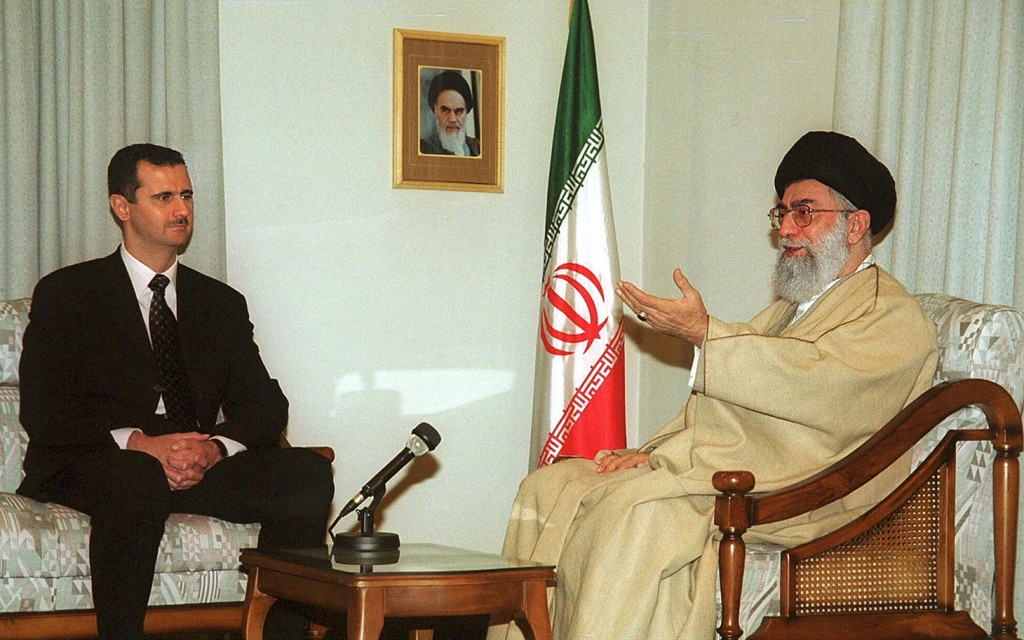 Rome, 16th of June 2016, Nena News – On June 10, Iran hosted the defense ministers of Russia and Syria at its own Defense Ministry. The stated aim was to exchange views and discuss the “war on terror.” This time, unlike previous such gatherings, it was Iran and not Russia that formed the political axis of the discussions. During the talks in Tehran, the three defense ministers confirmed their respective governments’ determination to “continue military operations until terrorism is rooted out,” especially in Syria.

The Iranian defense minister, Brig. Gen. Hossein Dehghan, expressed Tehran’s determination to continue to provide military aid to the Syrian government. At the same time, he noted Iran’s concern regarding the possibility of the Islamic State gaining access to nuclear weapons. He also commented on the temporary cease-fires in Syria, especially in Aleppo, saying, “We agree to a guaranteed cease-fire that does not lead to terrorists building up their powers.” Dehghan was referring to a May 7 attack in which members of the anti-Assad coalition Jaish al-Fatah attacked the village of Khan Tuman south of Aleppo, killing 13 Iranian officers and taking several more captive. More importantly, members of the Iranian Green Berets, who were also present on this front, suffered serious loses and had to retreat from their positions. The May 7 incident was the biggest attack on Iranian forces in the country so far, and Iran suffered its greatest human losses since it became involved in the war in Syria.

After the Khan Tuman incident, many Islamic Revolutionary Guard Corps (IRGC) strategists who had previously welcomed the Russian military presence in Syria began to express doubt and worry about Moscow’s objectives in fighting alongside Iranian, Lebanese and Syrian forces. These strategists and others in Iran who oppose Russia’s military presence in Syria now argue that Moscow has no reason to pay a heavy price for only Tehran to reach its objectives, and so Russia must be pursuing its own objectives in Syria without informing Iran.

As such, the media landscape in Iran, previously one of complete trust regarding the Russian presence in Syria, suddenly became dominated by silence and deep skepticism. Political and military officials also started having doubts regarding Russia’s objectives in Syria. The administration of President Hassan Rouhani knows full well that the Syrian war has been very costly to Iran’s economy, and is therefore not interested in maintaining the status quo. On the other hand, the most important strategic objective of Iran in Syria is keeping open the land-based arms-supply lines from Iran to Iraq, Syria and Lebanon that are at present almost completely cut off. So far, leaving aside the human and political expenses, Tehran is on the whole estimated to have since 2011 spent $9 billion to $15 billion in Syria alone to achieve this goal. This is while Iranian officials are not 100% confident about Russia’s objectives — and also Syrian President Bashar al-Assad’s determination to fight for his stated objectives.

Several important political and field developments over the past two months have made Iran more suspicious of its Russian strategic partner. These developments include a reported secret agreement between Russia and the United States regarding the Free Syrian Army, Russia accepting the cease-fires without informing Iran and Lebanon and a temporary halt in Russian airstrikes against the moderate Syria opposition and Jabhat al-Nusra.

Iran’s main objective in hosting the gathering was to convey to its Syrian and Russian partners that it is still the main player in the Syrian war and it is not willing to retreat because of Assad or Russian President Vladimir Putin until all its objectives have been realized.

Of note, it also appears that coordination between Tehran and Damascus has grown compared with that between Damascus and Moscow, especially as Assad seems to be growing suspicious of his Russian ally and its objectives in Syria. In a message to his Russian counterpart, Assad recently emphasized, “We will not be satisfied with anything less than complete victory in Aleppo.”

Although Moscow views its interactions with the United States from a longer strategic perspective rather than focusing on tactical gains, it realizes that it cannot bring about the endgame in Syria without collaborating with Tehran and Damascus. This is why Russian Defense Minister Sergei Shoigu traveled to Tehran. According to Iranian sources who spoke to Al-Monitor on condition of anonymity, Shoigu has expressed regret over the Khan Tuman incident and also about Iran not being informed regarding the cease-fire in Aleppo. Furthermore, the Russian official emphasized that Moscow is committed to collaborating with Tehran on all political and military issues.

Although this new reported Russian pledge can at present meet the tactical objectives of Iran and Hezbollah, it cannot bridge the strategic gap between Russia’s military objectives and those of Iran when it comes to the Syrian war. The divergence between Tehran and Moscow’s geostrategic objectives in Syria, considering the price that each side needs to pay, is too wide for them to be able to reach a comprehensive and long-term agreement on collaboration. Moscow’s biggest objective is to maintain a dependent government in Damascus and to keep access to port cities in the eastern Mediterranean for its naval fleet. Iran needs Syria and access to its southern regions to maintain its support for Lebanese Hezbollah. It is natural that if Russia achieves its goals, it would see no reason to maintain the status quo, and this is exactly what has concerned Iran ever since this game began.

Thus, it can be argued that Tehran has no choice but to rely on short-term tactical collaboration with its Russian ally in Syria. In the long term, however, it will be forced to either enter the Syrian war in full force or abandon its goals in Syria to some extent; this is now fueling the rise of a debate on which strategy is best between the Iranian factions for and against military intervention in Syria.