US airstrikes alone will not defeat IS

The US militarily intervention in Iraq will be limited, according to President Barack Obama. 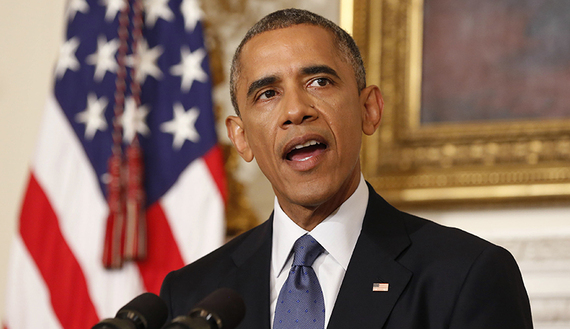 Roma, 9 agosto 2014, Nena News – The United States has finally decided that Iraq’s security and humanitarian situations require immediate military intervention. US President Barack Obama’s Aug. 7 speech consolidated this decision and spelled out the US mission on two levels: implementation of “limited” military aerial operations, and a humanitarian intervention to save Iraq from the ethnic cleansing of its minorities.

The US intervention, however, conveys different messages on timing and goals. When it comes to timing, the United States exerted serious pressure on all Iraqi parties to reach a settlement over the formation of an Iraqi consensus government. Iraqis themselves would have to liberate their land, but not before unanimously agreeing upon the clear foundations of the Iraqi state.

Secretary of State John Kerry elaborated on this idea in an Aug. 7 statement, where he stressed the need for Iraqi politicians to agree on an inclusive and consensus governmental formula.

Before its limited military intervention, the United States waited for Iraqi parties to get past their attempts to politically benefit from the security collapse and to reach a foregone conclusion: There is no chance whatsoever for a monopoly on power in Iraq on the part of any sect, party or individual. Some decisions that could be made amid crises and collapses, such as a coup d’état or neutrality, would only usher in greater collapses.

Iraq’s crises and challenges, bolstered by the unprecedented entrenchment and expansion of the Islamic State (IS), could constitute an ideal portal for the region to realize the brittleness of borders. All countries are in danger. Such a realization could open the door for a regional repositioning and make countries more cautious when employing dogmas and sectarian affiliations in open wars.

Countries that intersect politically, such as Iran, Saudi Arabia, Jordan and Turkey, feel they are facing a genuine threat to their internal security. Time may force countries to adopt a more realistic vision on the poles of conflict in the Middle East.

Military intervention has become a demand of different Iraqi parties and the government, placing the current US decision in circumstances that differ from 2003. The US decision comes in tandem with the demand of the UN Security Council to help Iraq in its war against IS.

The US announcement was preceded by leaks about airstrikes that would be carried out against IS in northern Iraq, where the organization has been battling the Kurdish peshmerga. The United States had denied these leaks, yet Obama affirmed during his speech that aid would be delivered to the displaced population stranded on Mount Sinjar.

Consistent throughout these developments is the idea that the war against IS should be an Iraqi decision before being a US or international decision. This war requires producing Iraqi agreements to end the rupture between Kurds, Sunnis and Shiites. These agreements should drain the blood-pumping resources of terrorism.

Such an agreement will not take place without the Iraqi political circle adopting courageous measures to allow the expansion of the cabinet representation base, the imposition of state sovereignty and the formation of a more resilient Iraqi army. These measures will not be implemented anytime soon, which prompts additional questions about the limits of the US military intervention, and how it will aid the powers on the ground that are fighting IS.

The defeat of IS — and the time required to do so — depends on the ability of Iraqis to settle their disputes. Throwing IS outside the border will take more than a couple of days, especially if the US decision to intervene turns out to be a departure from an internal consensus and if these airstrikes are unable to alter the balance of military power against IS.

What’s more, the war on IS in Iraq will not be decisive given the organization’s control over large swaths of Syria, and its comprehensive war against the Syrian regime and the opposing armed groups. Nena News