UN did it again

According to Ramona Wadi of Middle East Eye, Ban Ki-moon’s decision to leave Israel off is an indictment of the UN’s role in the state’s crimes against children 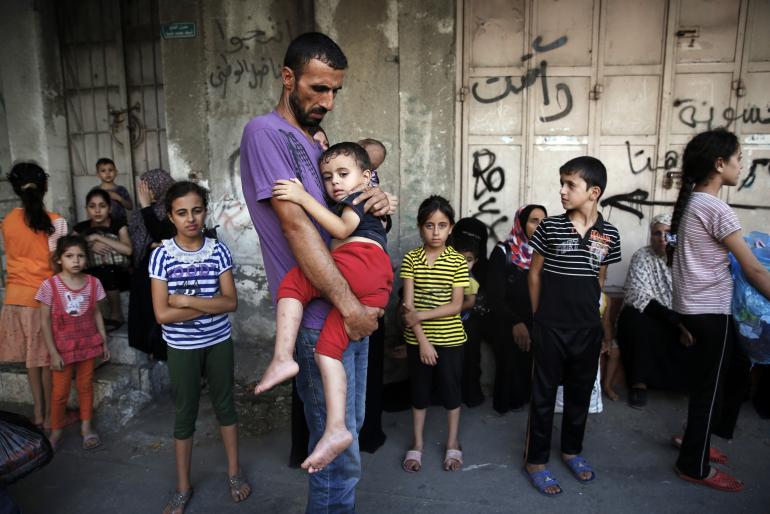 Israel’s impunity has once again resonated internationally, highlighting the United Nations’ complicity in facilitating such abominations. On Monday 8 June, UN Secretary General Ban Ki-Moon ignored rights groups clamour for Israel’s inclusion in its List of Shame of states and armed groups that violate children’s rights, giving a perfect example of the usual futile rhetoric that bolsters Israel’s appetite for violence and the UN’s willing collaboration in such dynamics.

The draft list, which was prepared by the UN Special Envoy for children and armed conflict, included both Israel and Hamas on the list. Human Rights Watch representative Philippe Bolopion criticised the decision regarding the elimination of both Israel and Hamas from the list, stating: “Facts and consistency dictated that both be included on the list, but political pressure seems to have prevailed.”

Most human rights groups employed the dominant narrative when compiling reports regarding the ramifications of Operation Protective Edge, Israel’s massive assault on Gaza last summer. While documenting Israel’s war crimes, the exaggerated emphasis upon Palestinian resistance factions, notably Hamas, sought to portray an inaccurate scenario which placed Hamas at a par with Israel militarily. This, in turn, enabled human rights groups to avoid the obvious distinctions between Palestinian and Israeli children – the latter having access to shelter, medical facilities and, for the vast majority, only having to contend with the fear of sirens, as opposed to Palestinian children murdered and dismembered as part of Israel’s plan to extend its colonisation project to Gaza.

Operation Protective Edge, which had severe repercussions for Palestinian children in Gaza, was dismissed by Ki-moon as a mere “alarm” unworthy of punitive measures for the perpetrators.

According to the UN Secretary General, “The unprecedented and unacceptable scale of the impact on children in 2014 raises grave concerns about Israel’s compliance with international law, notably the principles of distinction, proportionality and precaution in attack, and respect for international human rights law, particularly in relation to excessive use of force.”

Israeli Ambassador to the UN Ron Prosor praised the decision, stating that Ki-moon “was right not to submit to the dictates of the terrorist organisations and the Arab states, in his decision not to include Israel in this shameful list, together with organisations like ISIS, al-Qaeda and the Taliban”.

As if celebrating the latest international complicity, two days later Israeli media confirmed another expected example of impunity. According to the Israeli military’s investigations into its own violations during Operation Protective Edge, the deaths of four Palestinian children murdered on a beach in Gaza were “accidental” and this “did not affect the legality of the attack,” since the alleged targets were “Hamas militants”.

Furthermore, Israel preempted the forthcoming publication of a UN report on Gaza by publishing its own assessment based upon allegedly “detailed factual and legal information,” arguing that Operation Protective Edge was “an imperative necessity”.

According to the report, which utilised Hamas rockets as the premise for the massacre unleashed by Israel, “By deliberately targeting Israeli cities and the civilian population, as part of a widespread and systematic policy, Hamas and other terrorist organisations in the Gaza Strip violated customary norms of the Law of Armed Conflict and committed war crimes and crimes against humanity.”

Palestinians leaders rejected the report. Spokesman for the Ramallah-based government Ihab Bseiso stated: “Israel’s decision to deny having targeted civilians based in Gaza is the logical extension of what it did in the Gaza Strip.” Hamas spokesman Sami Abu Zuhri dismissed the report as a manipulation of truth, adding that “part of these crimes was committed live in front of the cameras, apart from the huge amount of martyrs, wounded and wide destruction that confirm these crimes were deliberate.”

However, given the recent unfurling of events regarding Israel at an international level, reliance upon UN reports might also be detrimental to preserving the Palestinian memory and narrative. International rhetoric centres upon the manipulation of the term “universal,” thus allowing the UN to apply the term in a manner that not only absolves Israel from its accountability but also provides further foundations for the fabricated state to assert its right to exist and thus, justify its resorting to atrocities against the indigenous population.

Another level of manipulation which is utilised by the UN and subsequently incorporated within human rights organisations research, is the lack of distinction between Israel’s settler population and the Palestinian population. Israel’s existence is heavily dependent upon its settler population being able to expand onto further territory, hence settlers should be perceived as willing accomplices of state terror, as opposed to civilians.

Israel’s imaginary narrative has extended to its population, granting them a legitimacy that is confined to its abnormal existence. As international organisations absorb Israel’s narrative into their reports and condemnations, the plight of Palestinian civilians is minimised, hence the rhetoric of “alarm” and “concern” that constantly dilutes both Palestinian voices as well as the violence inflicted upon Palestinians by Israel.

In regards to Palestinians, it is important that the resistance factions do not prioritise international dictates over Palestinians’ memory of Operation Protective Edge. There have been countless examples of validating slivers of Palestinian concerns at an international level, yet these remain conditioned by the imposition of the two-state paradigm – a precondition imposed upon Palestinians and which is lending itself to varying forms of violence, notably the periodic aggression against Gaza throughout years of political negotiations discussing a hypothetical scenario which still retains Israel’s existence and security interests as a priority.

Seen collectively, Ban Ki-moon’s decision to exclude Israel from the list of states and organisations violating children’s rights was the prelude to Israel’s hypocritical revelations regarding its own biased investigations into last year’s colonial massacre.

While the forthcoming UN report on Gaza will probably highlight Israel’s war crimes, it is also possible that the use of language will seek to address violations within a context of defence, thus allowing for both validation of Israel’s alleged findings, as well as providing cover for the UN’s perpetual endorsement of Israeli colonialism and violence. Nena News