With President Essebsi’s death, the Tunisian experiment must prove that bipartisan partnership between the secularists and Islamists can become a stabilizing and vital component of the democratic model, says al-Quds al-Arabi 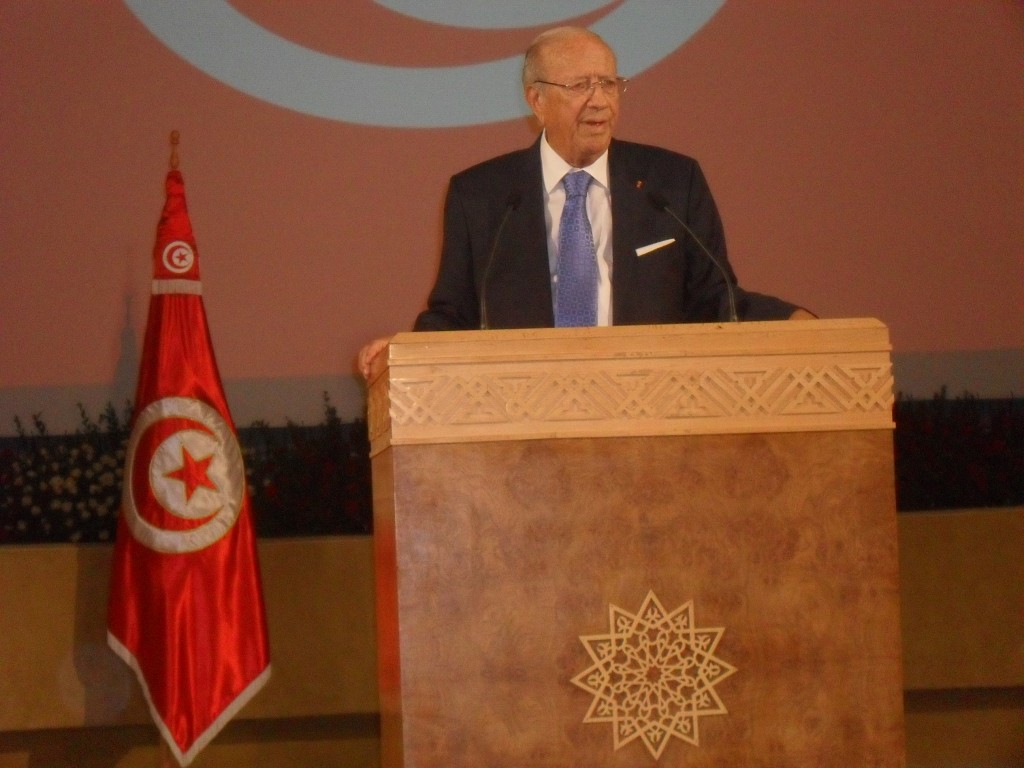 [Tunisian President] Beji Caid Essebsi has died on Republic Day [Thursday] after weathering all sorts of phases and critical turning points, at times as part of the government, and at others in the opposition, thereby plunging the Tunisian experiment into a new test.

First, it is a test of how to navigate through the transitional period with as little damage as possible and under the best possible conditions from now until the ballot boxes are referred to once more, and the country elects a new president. Second, it is a test of preserving the pragmatic understandings Essebsi made with the Islamists and secularists, alongside other figures transcending the sectarian bounds and the hostile hyperbolic discourse on both sides. At the forefront of these figures was Essebsi himself from the secular side, and [Ennahda party leader] Sheikh Rached Ghannouchi on the Islamists’ side.

This does not mean that Essebsi’s experience in power was perfect, without flaws. It was characterized by monopolizing tendencies, and was marked by a desire for his son, Hafez Essebsi, to inherit his power. Despite the importance of Tunisia’s post-[2011] revolutionary achievements in the process of drafting a constitution that secured a consensus from secularists and Islamists alike, there remain lingering suspicions between the two groups, and not enough emphasis has been placed on the peaceful transfer of institutional power.

Moreover, the separation of powers has not yet been fully enshrined, and the dilemma of the failure to form a Constitutional Court as stipulated in the constitution remains unresolved. This will have consequences that could be disastrous during a transitional period such as this that effectively began after president Essebsi’s health began to deteriorate late this month, and has become official upon his death.

Tunisia’s ability to successfully pass through the transitional phase depends on the Ennahda Islamists and pro-Bourguiba secularists’ ability to reach an understanding that strengthens the constitutional and democratic covenant formulated by Essebsi and Ghannouchi, turning it into a sustainable model.

This assumes a reciprocal ability, on the part of both Islamists and secularists, to thwart extremists on both sides, whether those opposed to involving enlightened Islamic movements in the constitutional and democratic covenant, or those who reject Essebsi’s reconciliation between the notion of a secular state and political pluralism unafflicted by political Islamist terrorism…

…This does not negate the need for a democratic covenant between rational secularists and enlightened Islamists to be based on greater clarity and past experience. The severity of the push-and-pull between them has prevented the Constitutional Court’s formation, which clearly means that an essential step has not yet been achieved; one that it has become even more important in this transitional period in particular.

During the course of Essebsi’s presidency, his ruling party Nidaa Tunis (Call of Tunisia), seemed to be seeking to revive the movement that originally dominated the state under [founder of the modern Tunisian Republic] Habib Bourguiba’s Party, which [deposed president] Zine El Abidine Ben Ali then distorted into a mere institution under the security establishment’s authority.

With Baji Caid Essebsi’s death, the Tunisian experiment must prove that partisan plurality aspires to the future rather than to cloning past experiences, and that bipartisanism between the secularists and Islamists can become a stabilizing and vital component of the democratic model, provided that both parties can restrain individual impulses towards power and prevent a new unilateral threat from arising, even indirectly.

It will not be easy for a younger figure to succeed a 93-year-old president via elections in the near future. But it was also not easy in the first place for a nonagenarian to succeed in leading a state that revitalized itself through an essentially youth-based popular revolution.

Tunisia, today, is facing two simultaneous tests: a shift in power, and generational succession. There are plenty of strong pillars and elements that would enable success in confronting both these challenges, but there are also, in turn, risks and exclusionist trends that should not be underestimated.

“However, Tunisia has an invaluable grace working its favor: The absence of the militaristic class that has stood in the path of any democratic Spring in other countries, destroying everything that blossoms.