With the approach of the Tunisian elections, some parties are trying to link the Ennahda party to conservative religious groups, although the Islamist party has been distancing itself from Salafists. Ennahda has focused on more temporal issues such as security and the economy 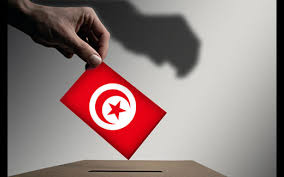 Tunisia’s formerly ruling Ennadha movement’s main competitor in the coming parliamentary elections has sought to connect the Islamist party to ultraconservative groups that have posed a threat to the country’s democratic transition. Meanwhile, Ennahda has reduced the visibility of more pious figures associated with the movement and focused on more temporal issues such as security and the economy.

With the approach of the Tunisian elections, some parties are trying to link the Ennahda party to conservative religious groups, although the Islamist party has been distancing itself from Salafists.

Ennahda attempted to bring in Salafist groups to the political table not long after mass protests ousted President Zine El Abidine Ben Ali in 2011. The government headed by former Minister Beji Caid el Sebsi had prevented some Salafist parties from being recognized; this was no longer the case after Ennahda headed the government.

Abdelhamid Jlassi, Ennahda’s vice president, told Al-Monitor that incorporating ultraconservative Islamists into political life would take longer than any electoral process and would have to combine security solutions with social programs aimed at youth, poor neighborhoods and marginalized regions. Tunisia has both nonviolent groups that refuse to participate in elections and violent jihadist groups that have attacked the state.

“In 2011 and 2012, Ennahda’s approach was trying to engage the Salafists in some kind of dialogue to try to encourage them to adopt the democratic process,” said Radwan Masmoudi, president of the Center for the Study of Islam and Democracy, an advocacy group close to Ennahda. “That changed completely after the attack on the US Embassy,” he told Al-Monitor

On Sept. 15, 2012, protesters entered the US Embassy and lit fires inside the compound, after an Islamophobic film produced in the United States surfaced. At least four demonstrators were killed by the police during the clashes. The attack pushed the government to confront violent Salafist groups. A year later, Ansar al-Sharia, Tunisia’s most infamous militant group, was labeled a terrorist group by the coalition government headed by Ennahda.

Since then, and continuing to this week’s elections, political pressures have pushed Ennahda to continually move away from the country’s other Islamists, although Nidaa Tunis, a party composed of avowed secularists and old regime figures, has attempted to group most Tunisian Islamists under the same banner. An ad campaign has depicted the election as a binary between different options: “fear” and “security,” or “isolation” and “ambition.”

The elections of the Constituent Assembly in the fall of 2011 included more religious figures such as Sadek Chourou and Habib al-Loz. Those figures have been taken off electoral lists as Ennahda attempts to portray a more moderate image. But, they are still on the campaign trail. Loz, who is allied with Ennahda, addressed a huge electoral rally in the southern city of Sfax.

The political messaging is attempting to win votes from nonreligious Tunisians who are uneasy about elected parties containing figures from Ben Ali’s government. “The essential cleavage in Tunisian society today is not between Islamists and secularists,” Jlassi said, “It is between the old regime and revolutionaries.”

Salafist groups have also separated themselves from the electoral process altogether. Hezb al-Tahrir, a legal Salafistst party, told Muslims to boycott the elections. The nonparticipation of groups may have made the choice to keep the Islamic language and cultural cues out of the main electoral material. Jlassi, who is the head of Ennahda’s elections committee, was careful to point out that these groups are out of the electoral game, but not the political game.

Although Tunisia is considered one of the more liberal societies in the Islamic world, more Tunisians have gone to Syria to fight in jihadist groups than any other country by most counts. That was even after the Tunisian government had stopped thousands of its citizens from traveling there in the first place.

Confronting the security threats posed by Salafist jihadists looks promising in the near future, especially considering that even with an Islamist victory on Sunday, Ennahda doesn’t look to have considerable political debt to ultraconservative Tunisians. According to Jlassi, Tunisian Salafists’ project and Ennahda’s ideology are incompatible.

“Hezb al-Tahrir has accused us of disbelief and said that Ennahda took a secular constitution instead of God’s constitution, to remain in Tunisian politics,” said Hajer Azaeiz, a former representative in the Constituent Assembly for Ennahda. “So naturally, they aren’t going to give us their votes.”

A report by the International Crisis Group said that a consensual government would be needed to confront border violence, alongside a reduction in “sensationalist media coverage that lumps together different currents of Islamism.”

“We cannot compare them to each other. It’s different when you see a party that is peacefully preaching and Ansar al-Sharia, which calls for violence,” Azaeiz told Al-Monitor. Nena News