What can we read into the latest Israeli air strikes against Syria? Bassel Oudat reports from Damascus. 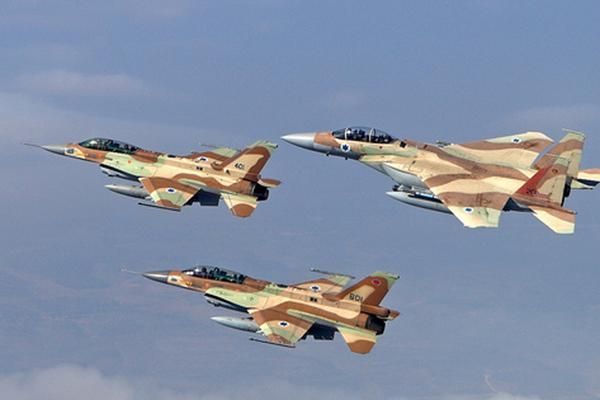 This week’s Israeli air strikes against Syria are part of a pattern. In recent years attacks targeting military and security locations inside Syria have occurred every few months or so. What is odd is the Syrian regime’s lack of response. It has refrained from even token military gestures that might help it save face.

Israeli fighter planes made 12 raids into Syria, including targets in the capital, the most fortified part of the country and home to the presidency, government and headquarters of the army, intelligence and security agencies. According to local reports the targets were military centres and storehouses.

In response the Syrian government issued a terse statement condemning the assault. Israeli aircraft had bombarded “peaceful areas” but there were no casualties, said the statement. The raids, it continued, were proof that Israel was conspiring with Western nations and some states in the Middle East to support terrorism in Syria. In the official government lexicon, terrorism refers to all the regime’s opponents, whether leftist or Islamist, combatants or non-combatants. The statement appealed to the Security Council to take action to prevent Israel from repeating its strikes.

Israel neither confirmed nor denied it was behind the strikes. The only official mention was a statement issued by the Israeli intelligence minister saying Israel was “determined to prevent the transfer of advanced weapons from Syria to terrorist organisations in Lebanon” — a coded reference to Hizbullah.

Neither Syria nor Israel provided details of the targets. Some Syrian opposition monitoring stations reported the raids had targeted arms depots and a weapons convoy that was preparing to set off for Lebanon. According to others, the targeted depots were located near Damascus International Airport and housed Russian-made S-300 missiles.

Whatever the precise inventory, it is clear the air strikes destroyed military hardware and ammunitions storehouses belonging to the Republican Guard. Given the nature of the targets, and the timing of the raids, it is likely a senior figure in the Syrian regime communicated sensitive intelligence to Israel.

Syrians have grown accustomed to Israeli raids. In March and June Israel attacked Syrian army positions in the Golan. In January it bombed weapons depots at Latakia. In May last year Israeli aircraft destroyed a warehouse used to store weapons in Mount Qassioun in Damascus, the Centre for Scientific Research in the suburbs of the capital, and hit a weapons convoy heading to Hizbullah in Lebanon.

The Syrian opposition condemned the Israeli operation as a breach of Syrian sovereignty and accused the regime of “dragging Syria to destruction” through its determination to cling to power whatever the cost. Political analyst Abdel-Rahman Matar is convinced the raids targeted “an area in which units and experts from Iran and Hizbullah are deployed, providing the backbone of the air force on which the regime depends.”

Said Muqbil, a member of the Syrian opposition, disagrees. He believes the Israeli raids were coordinated with the regime. He told Al-Ahram Weekly that the regime sees Israeli air strikes as a way “to reinforce its claim that it is a patriotic government targeted by Israel. “It wants to use this propaganda to market itself in the Arab world as a resistance regime that is indispensable and needs to be supported,” argued Muqbil.

Another member of the Syrian opposition, Omar Idlibi, dismisses such arguments out of hand. “The Israelis do not perform services for anyone free of charge,” he says, “not for the Al-Assad regime or the revolutionaries. They serve only themselves. They are trying to destroy Syria’s strategic military capacities, its missile systems above all, and to deprive Hizbullah of any opportunity to acquire weapons that might threaten Israel’s security.”

Many Syrians could not help but to feel a certain schadenfreude that Israel had destroyed weapons that the regime has turned against the Syrian people in towns and cities across the country. The Syrian regime may describe itself as the vanguard of Arab steadfastness and a bulwark against the Zionist state but Syria has not fired a single bullet towards Israel for decades. The Syrian-Israeli border has long been the quietest of all fronts in the Arab-Israeli conflict.

When the revolution began three and a half years ago, Israel — as was reported in the Israeli press — urged Washington to ease the pressures on Al-Assad, reminding Washington that Damascus had not fired a single shot against Israel since 1973. It now looks as if the weakness of the army and the spread of chaos across Syria have finally convinced Israel that Al-Assad is no longer capable of imposing his will on the Syrian people. Tel Aviv may well have decided it will continue to support him only until what it regards as an acceptable alternative emerges.

If this is the case, Israeli support will not extend to Damascus crossing red lines, the most important of which is providing Hizbullah with weapons that could alter the balance of power on the Lebanese front. At the first sign Damascus is about to cross that line, the Israeli response is quick and decisive, hence the air strikes every few months.

The Syrian regime will not respond to the Israeli attacks. Its hands are tied. It knows it cannot afford to open another front. The Syrian army is weak, fragmented and short on weapons and troops. Syrian opposition member Omar Al-Kosh says Israeli strikes, whether this week or in the past, do not seek to topple the regime. “This makes the Syrian regime feel confident. What is important to that regime is not Syria, the army or national sovereignty,” said Al-Kosh. “Self-preservation is all that matters to it, even if the cost is the death of the nation, the army and the people.”

The war that the Syrian regime has waged against a population that dared demand change has sapped the Syrian army of its human and material resources. A quarter of its soldiers have been wounded or killed, and others have deserted. The army has disintegrated into a haphazard collection of militias under the command of sectarian officers whose only concern is to keep the regime alive. For Israel, it is a dream come true.