SYRIA. Ceasefire may lead Nusra and Isis to unify

Placing ISIS and the Nusra Front on the terrorism list and hence on the list of organizations scheduled for elimination in the battlefield may lead them to unify and stand together in the same trench. Should that occur, they would form a powerful military force on the ground that will not be easy to destroy, writes Abdelbari Atwan 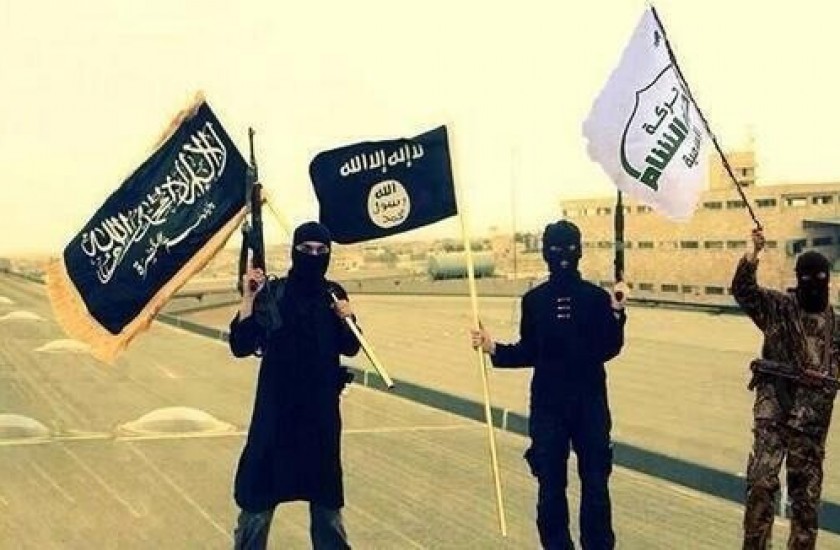 On the surface, the ceasefire agreement announced by the Americans and Russians, some of whose details were publicized on Sunday, seems to achieve all that the Syrian authorities in Damascus have ever desired.

It endorses the advances made by the regular army on the ground in recent weeks in the northwest (Aleppo and its countryside) and the south (Der’a and Qunaitra). By contrast, the agreement seems to offer little to the Turkish and Saudi allies. No buffer zone was established, nor did the opposition receive qualitative weapons from Riyadh such as anti-aircraft missiles that would alter the balance of forces on the ground; nor for that matter did it include any plans to deploy ground forces to Syria under U.S. command [as requested by Ankara and Riyadh].

Russia’s leadership has succeeded in imposing its terms on its American counterpart, including excluding the Nusra Front from the ceasefire agreement, classifying it under the same heading as ISIS, and deeming both as ‘terrorist organizations.’

According to some reports, the ceasefire agreement faltered last week, because, acting under pressure from Saudi Arabia and Turkey, U.S. Secretary of State John Kerry tried to exclude the Nusra Front from the Russian air raids, adding it to the ‘moderate’ jihadi movements. However, his Russian counterpart, Sergey Lavrov, rejected that demand, leading to the collapse of last Friday’s Geneva meeting between the two sides.

The suicide attacks by ISIS sleeper cells in the Sayyida Zeinab area south of the capital Damascus, and the other attacks that targeted the city of Homs, have together resulted in more than 150 people killed. These bombings may have played a significant role in speeding up the agreement by highlighting the dangerous nature of this organization and its ability to strike deep inside Syria.

The U.S. administration refused to lead ground forces for an intervention in Syria under the banner of fighting ISIS. It also refused to provide the Syrian opposition with qualitative weapons for fear that these would end up in the hands of ISIS, the Nusra Front, and other similar movements that would then use them against Russian, American, and subsequently Israeli civilian or military airplanes. This aim of this double refusal by the U.S. administration may have been to avoid any agreement from being prematurely aborted and to refrain from provoking the Russian leadership. This explains the statements made by [Turkish Foreign Minister] Mevlut Cavusoglu on Monday, in which he confirmed that a joint Turkish/Saudi ground operation ‘is not part of the plan now,’ stressing that ‘any action in this direction must be collective.’ This means that Washington has succeeded in ‘restraining’ its Saudi and Turkish allies and in putting a limit to their action.

Syrian President Bashar al-Assad must have been aware of these developments when he said that ‘negotiations are one thing, and pursuing the war on terrorism is another; there is no contradiction between the two and they must both be pursued simultaneously.’ For it is clear from the few details leaked about the truce agreement that Russian warplanes, backed by the Syrian Arab Army on the ground, will continue their air strikes against Nusra Front and ISIS positions in eastern and western Syria. Similarly, the siege imposed on most of Aleppo will continue. The most important positive development in this regard is the fact that humanitarian aid will be delivered to the besieged civilians

The real question concerns the agreement’s prospects in reality and on the battlefields. It also concerns the military and political scenarios that may result from its success or collapse.

We have no answer to this question, first because of the dearth of information regarding the details of the agreement, and second because of the difficulty of predicting how the Syrian scene may develop, as proven by the events over the five years of the crisis. But what can be said is that, after some difficult haggling, the two superpowers have agreed on a single enemy and a joint agenda for confronting it. This consists of ISIS, the Nusra Front, and the other factions allied with them.

Placing ISIS and the Nusra Front on the terrorism list and hence on the list of organizations scheduled for elimination in the battlefield may lead them to unify and stand together in the same trench. Should that occur, they would form a powerful military force on the ground that will not be easy to destroy. And that would prolong the war on terrorism and make it more likely for unexpected ‘surprises’ to occur.

The Homs and Sayyida Zeinab suicide bombings that were a reaction to (or in anticipation of) the Russian/U.S. agreement, have revealed a new ISIS strategy of launching ‘preemptive retaliatory strikes.’ They also reveal a major security breach and the presence of sleeper cells that were activated at a time that their leadership deemed appropriate. This development will worry the various security agencies, especially the Syrian ones.

It is clear that ISIS has begun to pursue the same path as its ‘mother Qa’ida organization.’ This is the path ISIS has steered away from in the past two years in favor of the theory of ‘empowerment’ that calls for focusing on the nearby enemy. And this change is in response to the growth of the forces fighting ISIS that are aiming to uproot it from both Syria and Iraq, and because it lost some important strategic positions in al-Ramadi (Iraq) and Aleppo’s southern and northern countryside.

On paper, it is possible to conclude that this truce may be a prelude to or facilitate the resumption of the negotiations and the implementation of the Vienna and Geneva political processes. These call for the formation of a transitional ruling body, a national unity government, constitutional amendments, and presidential and parliamentary elections within two years. But what is set down on paper is one thing, and what practical implementation on the ground may reveal may be something different altogether.

The important thing is that all talk of supplying the Syrian opposition with advanced weapons, of ‘Islamic’ alliances against ISIS, of [Saudi-sponsored] Northern Thunder maneuvers, and of a ground intervention has been put in the freezer – assuming they have not already evaporated with the seasonal rise in the temperature in the Arabian Peninsula.

[Saudi Foreign Minister] Mr. ‘Adel al-Jubeir and [official Saudi military spokesman] Brigadier-General Ahmad al-‘Asiri both need a vacation. At least, in the case of the former, while the dust of this agreement settles and the chances of its success or failure become clear.

This may be what explains his current visit to Sudan, the first of its kind by a Saudi foreign minister for years, or perhaps even decades