Damascus believed that the Russian army could be used in the service of this aim, and only in its service. As the Opposition imagined that the U.S. army could assume the role of ‘Blackwater’ mercenaries, protect their regimes and fight their wars in defense of their narrow interests rather than those of the U.S, writes Urayb ar-Rintawi in Jordanian ad-Dustour 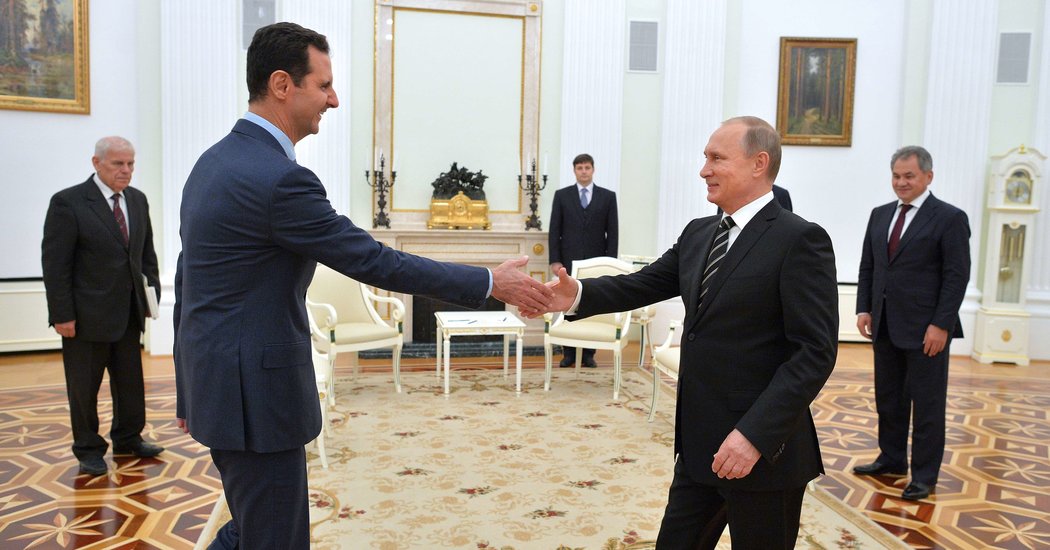 Russian President Vladimir Putin is displaying his predilection for ‘shock’ diplomacy once more. The world stands astonished in reaction to it, and his rapid steps and unexpected decisions turn into a puzzle that preoccupies politicians, analysts, and observers for days and weeks, seeking to analyze their significance, reasons, and potential results.

This has happened in the Ukraine, and was repeated in the Crimean. It has happened again, in two successive instances in Syria and over a period of less than six months in fact – first in the decision to join the Syrian war, and then in the decision to withdraw from it. The fact is that it is impossible to understand yesterday’s unexpected Russian decision outside the context of two parallel tracks – that of the understandings and accords achieved between Moscow and Washington, and that of the disagreements with Damascus and its regional allies over the Syrian crisis and the means of resolving it.

Russia joined the war in Syria with its eyes focused on a political solution; one, moreover, that would safeguard its interests and – more importantly – provide it with a safe exit from a situation that may turn into a ‘second Afghanistan.’ In this sense, one could claim that the Russian military operation has partially achieved its aims for the time being at least. We say ‘partially and for the time being’ because the war on terrorism has not yet ended, and the Syrian army’s advances on the ground are reversible. Meanwhile, the Geneva political process remains surrounded by the threat of failure and the possibility of collapse.

Moscow’s unexpected decision exposes what we may have not been fully aware of regarding the extent of the Russian/U.S. accord. I suppose that Moscow would not have taken a step of this nature had there been a serious crisis in its relations with Washington. There are indications, in fact, that the understanding between the two countries goes beyond the bases and agenda of the political process, and has to do with the truce, the local [domestic Syrian] reconciliations, and the war on terrorism.

On the other hand, this decision also exposes the extent of the gap separating Damascus from Moscow. This began to emerge with the regime’s preference for a decisive military victory, and its reluctant acceptance of a truce under pressure. This was followed by statements from [Syrian Foreign Minister] Walid al-Mu’allem and [Syrian UN envoy] Bashar al-Ja’afari that Moscow saw as provocative because they sanctified the ‘presidency,’ fortifying it with ‘red lines’ and turning their back on the entire transitional period.

Moscow has come to the conclusion that Damascus views the entire Vienna/Geneva track and the results of the entire political process as nothing much more than a reshuffle of [Syrian PM] Dr. Wa’el al-Halaqi’s government, in fact, as even less than such a ‘reshuffle.’ Damascus also sees the [internationally mandated] parliamentary elections as little more than a matter of bringing a few opposition MPs into the People’s Assembly. But this totally contradicts Moscow’s international commitments and undertakings. In fact, it conflicts with its interests in Syria and its regime, and on the broader international arena.

The regime has committed a grave mistake by viewing Russia’s superpower role from the perspective of its own narrow interests, the most important of which is its desire to remain in power. For some time, the regime believed that the Russian army could be used in the service of this aim, and only in its service. The irony is that this is the same attitude revealed by the anger displayed by some of the leading figures on the other side of the Syrian conflict regarding President Barack Obama and his Middle East policy. For they also imagined that the U.S. army could assume the role of ‘Blackwater’ mercenaries, protect their regimes and fight their wars in defense of their narrow interests rather than those of the U.S., as President Obama revealed in his now famous interview with The Atlantic.

In short, Russia’s unexpected decision has stirred the stagnant waters of war and peace in Syria. It has reshuffled the cards and positions, and turned on more than one red light for Russia’s allies.

What is certain is that this decision confronts the regime with the challenge of complying more fully with the requirements of the Geneva track. On the other hand, the U.S. will take care of its allies and try to soften the sharp edges of their positions. And, in fact, I believe that Washington has actually succeeded in exerting sufficient pressures on Saudi Arabia and Turkey to force them to abandon the idea of sending ground forces into Syria, and has pressured the Syrian opposition groups to unite their stand and expand their ranks to accept the Kurdish movement.

It has also succeeded in forcing the opposition groups to separate from the Nusra Front and fight it if necessary, in addition to the ongoing strategy of fighting ISIS and excising it from Syria and Iraq – always in coordination with the Russian Federation.

It remains to point to the confusion that has afflicted the regime’s traditional allies, who seem to have been taken totally by surprise. The surprise Russian decision came at a time when their position in the Syrian crisis was on the retreat, especially since Moscow’s military intervention succeeded in cutting the roles played by many regional players down to size among the regime’s enemies and its allies alike.

But how will Iran, and hence Hizbollah, respond? That is a question to be addressed in the coming few days