Protests in Lebanon and Iraq, differences and similarities

The popular action in some of Iraq’s provinces has coincided with the rowdy demonstrations in Beirut’s public squares. There are differences and similarities between the protests in the two countries, writes Ghassan al-‘Ayyash in the leftist Lebanese daily as-Safir. 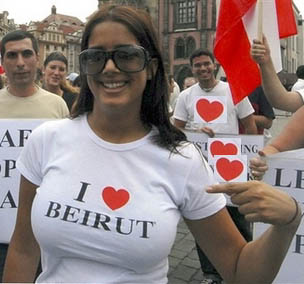 by Ghassan al-‘Ayyash – as Safir

The causes and the circumstances behind the two activities are different in certain aspects. But they are also so similar as to be almost identical. Each constituency is complaining of corruption, sectarianism, the distribution of state wealth and posts, the mismanagement of state institutions, the squandering of national wealth, and the lack of accountability. In both cases as well, civil society is weak, security is lacking, social conditions are harsh, and the economy is on the retreat.

Lebanese corruption has recently received its rightful share of attention in the media and the public squares where the demonstrations and protests are being held. As for state corruption in Iraq, it would be useful to shed some light on it:

According to The Washington Post, official Iraqi sources estimate that the state’s coffers have lost something between 300 and 350 billion dollars since 2003 due to illegitimate gains. Iraq, moreover, is now the world’s most corrupt country. It comes bottom of the list of Transparency International’s Corruption Perception Index. The ‘culture’ of corruption has spread and metastasized like a cancer in the state’s administrations from the top to the base of the pyramid. State wealth has been mercilessly squandered in the interest of those with influence. In a debate with young Iraqis last week, PM Haidar al-‘Abadi mentioned that one official has 900 state-supplied security guards, while ‘Abadi’s has no more than 38. 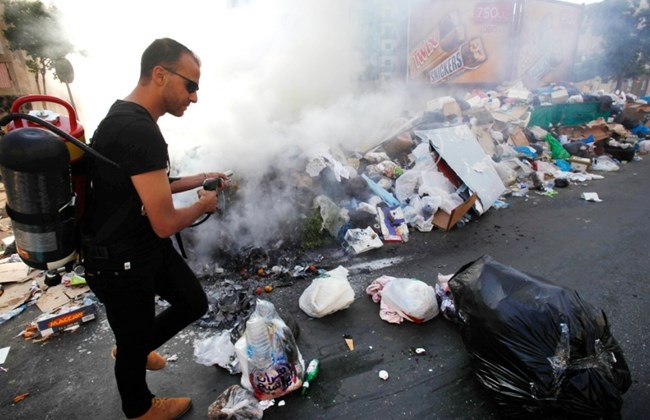 According to one proverb, ‘dearth gives birth to strife.’ It is therefore only normal for popular anger to explode in light of the deteriorating economy and worsening livelihood crises in Lebanon and Iraq – in fact, anywhere and at all times.

There is no need to recount Lebanon’s bad economic indicators. They have been repeated many times in recent weeks after the recent International Monetary Fund (IMF) report by its mission to Lebanon. There are also the local bank reports regarding the state of the Lebanese economy in the second quarter of this year. These have pointed to the retreat of the various economic indicators, such as overall economic activity, the general financial situation, and foreign accounts.

For its part, the Iraqi economy is not in the best of its days; in fact, it suffers from negative growth. And this is an important source of the social disturbances and the street’s explosion in the manner that we are witnessing today. 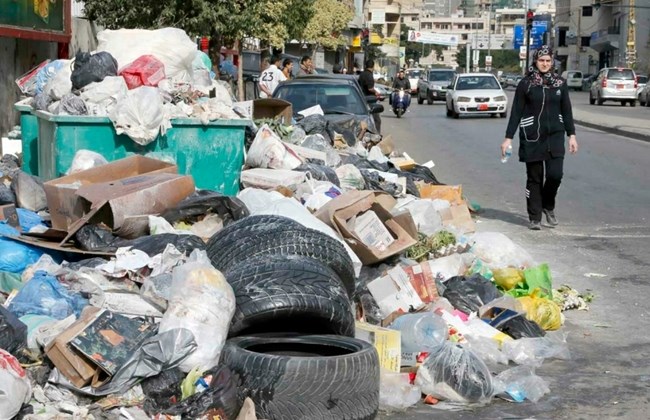 The Iraqi economy shrunk by 2.5% during 2014. It is not expected to recover during 2015 except perhaps by a limited 0.5% according to the IMF’s assessments a few days ago. The fall in the price of oil has cut Iraq’s foreign reserves from 84 billion dollars at the end of 2013, to 67 billion at the end of 2014. In other words, Iraqi reserves fell by 17 billion dollars in a single year. And amidst the climate of waste, corruption, the fall in the price of oil, and the rise in expenditure on security, one may notice the enormous financial pressures on the Iraqi economy. The budget deficit is expected to rise from 5.35% to 18.4% as a percentage of Iraq’s GDP, during the current year.

At another level, the political climate surrounding the Iraqi and Lebanese popular activity differs in each case. In Iraq, the popular movement is facing a less complex situation than that facing the Lebanese movement, thanks to the coherent social fabric in the areas that have been staging the protests. In Lebanon, by contrast, the demonstrators’ varied sectarian, local, and cultural base does not allow for the emergence of a coherent leadership or activity, or for receiving weighty support such as that provided by [supreme Shiite religious authority] Sayyid Ali as-Sistani for the battle for reform in Iraq.

At any rate, the point of reference for politics in Lebanon remains beyond clergy’s control. For despite the role of major religious figures, they have been unable to take hold of the steering wheel of political leadership in Lebanon.

“But, frankly we only regret the ‘absence’ of a leadership role for the Lebanese clergy when we pass through ‘Islamic/national’ crises that promote divisions. It is only then that we recall the giant unifying figures such as the late [Shiite authority] Sayyid Mohammad Hussein Fadlallah, Nena News