Europe’s growing Kurdish diaspora would be vastly increased if the crushed and war-suffering masses of Diyarbakir could find their way to Germany, Denmark and Sweden 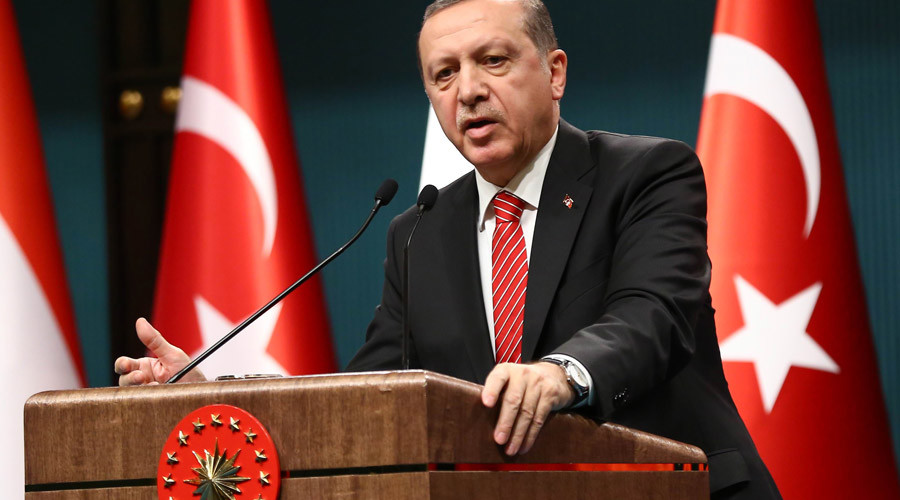 Roma, 30 maggio 2016, Nena News – Just why is the Sultan of Turkey so impatient to get hold of that visa-free EU travel for his people to visit Schengen Europe? If the EU doesn’t jump to it, he orated last week, the Turkish parliament would scupper the whole deal and – for this was the implication – let that army of Arab refugees set sail again across the Aegean for Greece. And where was the €3bn Turkey was promised? What few Europeans asked, however, was whether this travel stuff just might have something more to do with a particular group of Turkish people: the Kurds.

The Europeans, who are engaged in a massive campaign of bribery to stop the hordes of Middle Eastern poor arriving in their lands, fluffed on about Erdogan’s desire to keep his vicious anti-terrorism laws. Angela Merkel, who drew up this awful deal to avoid a repeat of her finest hour last year, tut-tutted away in the background. But in the Arab world – from which so many of the teeming masses are coming – the great and the good have taken a rather more cynical view.

Folk from several foreign ministries in the Middle East (the Syrians excluded, since they would have their own reasons for saying this) suspect that Sultan Erdogan is keener to clear up a little local problem, especially in the south-east of his country, by encouraging his 16 million Kurdish citizens to avail themselves of that precious visa-free EU travel. “Do you think Erdogan expects his people to flock to Europe because they want to go on a shopping spree to Paris?” an Arab diplomat based in Beirut asked, in an unpleasant and ungenerous spirit.

Of course, the Sultan wishes to join the EU, wants the initial €3bn payment, and intends to keep his growing dictatorial powers intact. And Turkish gastarbeiter have been in Europe for decades. But Schengen Europe’s growing Kurdish diaspora – it’s probably well over 1.5 million people – would be vastly increased if the crushed and war-suffering masses of Diyarbakir could find their way to Germany, Denmark and Sweden.

To touch a live wire for a moment: the Ottoman Empire destroyed most of its Christian population in the 1915 Armenian genocide of a million and a half souls, and its Ataturk successors butchered more than 50,000 Kurds and Alevis between 1937 and 1938. Amid another war in Turkish Kurdistan, caused by our modern Sultan’s refusal to adhere to a ceasefire, there’s added incentive for another non-Turkic exodus. Welcome to the EU. Yes, this is meant to be just “visa-free travel”, but we all know what that means. And we would tolerate the arrival of even hundreds of thousands of Kurds in order to avoid another million gaunt faces at the border wire.

Bingo. The Sultan reduces his Kurdish “problem” with EU generosity, and further ‘Turkifies’ his nation; and we still keep the hordes at bay. History, of course, plays strange tricks amid the embers that still smoulder from the old Ottoman Empire. Time was (about five years ago) when the bling-literati told us all that democratic Recep Tayyip Erdogan was a role model for a future Arab leadership.

The man who had turned his back on Ataturk, the previous role model for the poor old Arab world, may have been a bit of a Muslim Brotherhood fellow, but he believed in free elections, free press, market economy and massive anti-terror campaigns – the latter being an immediate winner in Washington, London and Paris – and other ‘soft targets’, provided it was smothered in a veneer of concern for human rights.

But now the Sultan, in his 1000 room palace with his preposterous golden chairs of state (just look at how Merkel leaned forward uncomfortably on hers when she was conducting ‘Operation Bribery’), looks less of an Ottoman than an Ataturk, the man he was supposed to despise. He’s still going through the motions, reintroducing the Ottoman language – in Arabic script, though presumably many Ottoman archives on the Armenian genocide will remain closed – and encouraging ladies to wear the veil. But the Sultan is now beginning to act more like the Father of His People.

It’s instructive to remember that one nation in Europe had tremendous admiration for Ataturk and his new land: Nazi Germany. The Turkish Fuhrer was lauded in the Nazi press for obvious reasons. He had restored his nation after defeat by France and Germany in the First World War; he ruled a country freed (by the Ottomans) of a hated minority group; he ran a largely one-party system, ruthlessly suppressing opposition, and marginalised religion. Does that remind you of anyone? The ex-corporal chappie, perhaps? The one with the moustache?

The most brilliant academic work on these distressing parallels is the scholar Stefan Ihrig (he would not agree with my conclusions), who has scrupulously unearthed heaps of Nazi German newspaper clippings in which Ataturk’s Turkey was virtually deified, its leader obviously carrying out “the will of the nation”. A purified Turkey mirrored back to Germany what the Nazis wanted their own creation to become: a Teutonic, purified Germany.

No wonder Hitler asked his generals before they set out on their genocidal campaign into 1939 Poland: “Who, after all, is today speaking of the destruction of the Armenians?” In reality, Ataturk was uninvolved in the Armenian genocide and loathed the Ottomans. But I’ve watched the newsreel film of Ataturk’s funeral and you can clearly see the Nazi German military and civilian dignitaries clustered around the front of the horse-drawn cortege. Volkischer Beobachter, the party newspaper, dripped obituaries of the great man.

But who is Erdogan today, the man who restarted the Kurdish war and now wants his visa-free travel to Europe so quickly? Is he the Sultan in his palace, master of a great if imaginary empire? Or, as one Turkish journalist bravely put it, “Ataturk’s kid”? I’m not going to say a bit of both. I think Erdogan’s trying to combine the two. Father of the Nation and Cleanser of the Land, Father Figure of a purified Turkey and a Middle East Emperor whose voice, from the palace on the Sublime Porte, will thunder through the halls of Gulf potentates.

And where is that EU visa-free travel by the way? Come along now, cough it up, Angela. You may get a lot of Kurds in Berlin, but when you sign up for a Bribery Treaty you can’t complain about the uses to which the other side puts the deal. That’s called “interference in the internal affairs of a sovereign state”. Nena News