If Raqqa, Fallujah, and Mosul are captured by means of these coordinated summer’offensives, this may not spell the end of ISIS. In fact, it may produce the opposite result and fuel the organization’s danger and ferocity 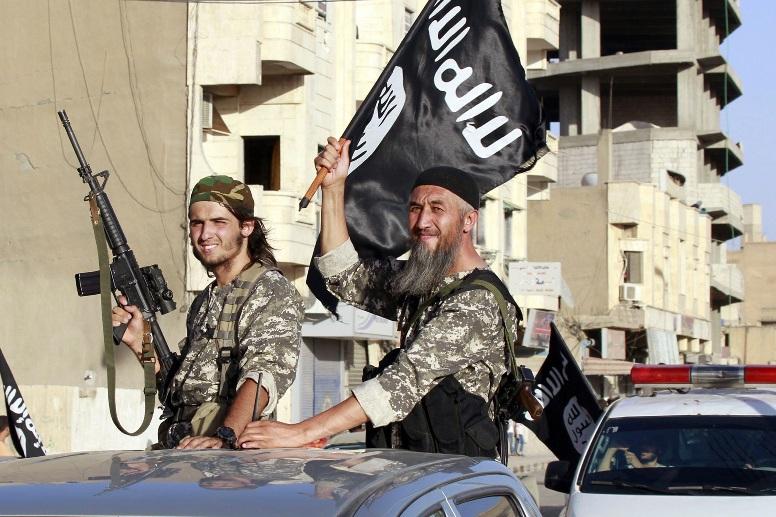 Up to the time this article was written, the Jordanian authorities had not disclosed identity of those behind the terrorist attack on a General Intelligence Directorate (GID) office in Baq’a Camp in which five officers and employees were killed. But the finger clearly points at ISIS, because Jordan and its intelligence agencies in particular are in the midst of a fierce security and military war against this organization, within the framework of the sixty-strong U.S.-led international coalition. And they are fighting this war in Syria, Iraq, and Libya; even in Somalia, not to mention Jordan.

This appears to be the second ISIS attack deep inside Jordan in less than six months. The first was in Irbid in the north in February when Special Forces eliminated members of a terrorist cell who had barricaded themselves inside a house. As a result, seven of them were killed, apparently in the process of preparing a major attack, while a Jordanian officer fell on the other side. That incident, in which cell members fought till the finish and refused to surrender, and explosive belts and machine guns were discovered in the house, effectively sounded the alarm bells.

It is Jordan’s fate to be surrounded by three states each of which is facing serious internal disturbances and raging wars whose main object is to try and dismantle the existing ‘state’ authorities. Because of its exceptional security and military capabilities, Jordan is being asked to play a major role in these wars and host the operations rooms from which they are being conducted. It is also expected to host large-scale annual military maneuvers – such as Eager Lion – near the Syrian and Jordanian borders, in which the forces of over twenty states, including the U.S., take part.

Jordan’s borders with Syria stretch for more than 375 kilometers, while its borders with Iraq extend over 181 kilometers. Its longest borders are with Saudi Arabia, around 782 kilometers. Controlling them all is extremely difficult because two of the states concerned, Iraq and Syria, are almost failed states that are unable to protect their own borders because of the wars raging on their land. Moreover, most of their populated areas lie on the other side of the Jordanian borders, which are both unprotected and uncontrolled.

ISIS has an old vendetta to pursue with Jordan stemming from the fact that Amman played the most prominent role in the assassination of ISIS’s spiritual father and founder Abu Mus’ab az-Zarqawi. In addition, there is Jordan’s participation in the sixty-strong international coalition formed to eliminate ISIS, and that peaked with the downing of a Jordanian F-16 flown by Moaz al-Kasasbeh while taking part in an attack on ISIS positions in Iraq two years ago.

Conversely, Jordan has a score to settle with ISIS, in addition to a deeply held Jordanian commitment to fight terrorism and extremism whatever their source or whoever the party engaged in them. The savage manner in which ISIS executed the young Jordanian pilot Kasasbeh [by burning him alive] united the great majority of the people behind the regime and its security and military agencies in support of its war against ISIS. But the Baq’a and Irbid incidents offer clear evidence that ISIS maintains effective sleeper cells that are being put into action.

King ‘Abdullah II strong commitment to fighting ISIS everywhere was evident in a document leaked to the British press that included details of a meeting between the King and prominent U.S. Congressmen including the head of the Armed Forces Committee and former Republican presidential candidate, John McCain. At that meeting, King ‘Abdullah confirmed that his country had dispatched special fighting units to Libya, Somalia, and Iraq to fight ISIS to protect Libyan oil installations in particular and prevent their fall into its hands. ISIS is getting stronger and more dangerous in North Africa and aspires to take control of Libya’s oil fields after losing similar fields in Syria and Iraq.

The fact that two attacks have been carried out within a period of three months suggests that a decision has been taken to target Jordan, its security and stability. And the fact that two Palestinian camps (in Irbid and Baq’a) were chosen as a base is intended to stir internal sedition, which would undermine the country’s stability and security. This explains the PA and its President Mahmoud ‘Abbas’s strong and speedy denunciation, and the similarly strong and quick denunciation from Hamas Politburo head Mr. Khaled Mish’al. These, as well as other noteworthy internal denunciations, most prominently from the Jordanian branch of the Muslim Brotherhood and the powerful Jordanian clans, suggests an awareness of this sedition’s dangerous aims, as well as all sides’ readiness to nip it in the bud.

ISIS is behaving like a ‘wounded tiger’ these days. It is facing ferocious wars in Fallujah, Raqqa, and Aleppo, all of which reflect a U.S./Russian/Syrian/Iranian understanding. Syrian and Iraqi Kurdish forces are playing a major role in these wars, alongside the Iraqi army, the Popular Mobilization Units (PMU), backed by American aerial cover (in Iraq) and Russian aerial cover (in Syria).

These coordinated attacks help us to understand ISIS’s attempt to export its violent terrorist assaults to the outside world: First to neighboring Jordan, then to Western capitals. In this context, we may recall the tape issued by ISIS spokesman Abu-Mohammad al-‘Adnani only four weeks ago in which he urged ISIS’s supporters and backers to wage precisely such attacks. It seems that this bloody invitation has been complied with to some extent.

Jordan needs to move quickly to contain this ‘sedition’ and fortify the domestic front via a different sort of discourse. It also needs the support of its neighboring Arab states since it is paying a price in its security, and perhaps subsequently in its stability, because it is protecting these states’ borders and because it has become the barrier obstructing the attempt to infiltrate them. In addition, Jordan has absorbed over two million Syrian refugees who could have developed into a ‘tsunami’ sweeping over Saudi Arabia and the Gulf states’ borders – had Jordan followed the course taken by [Turkish] President Erdogan, for example.

If Raqqa, Fallujah, and Mosul are captured by means of these coordinated ‘summer’ offensives, this may not spell the end of ISIS. In fact, it may produce the opposite result and fuel the organization’s danger and ferocity, because, if these cities are captured – and it is still too early to be too optimistic on this count as some have been –ISIS and its supporters will simply go underground. At the same time, it would free its leadership from the burden of governing major cities and providing services to over nine million people living under its rule. This is a ‘predicament’ in comparison to which Hamas’s ‘predicament’ in ruling the Gaza Strip, pales – even though this comparison is inappropriate.

The Baq’a attack is truly worrisome because it aimed to strike at the most important three pillars that have distinguished Jordan from its neighboring countries ever since the country was established around a hundred years ago. This is the triad of security, stability, and cohabitation. But Jordan has managed to overcome greater challenges than this over the past decades.