Jordan will stay far from a Saudi war in Syria

Despite Riyadh’s attempts to pressure its allies to join in a ground offensive in Syria that will supposedly target ISIS but whose real goal will be the Syrian regime and its allies, Amman would do best to steer clear of any such mission, maintains a leading Jordanian commentator 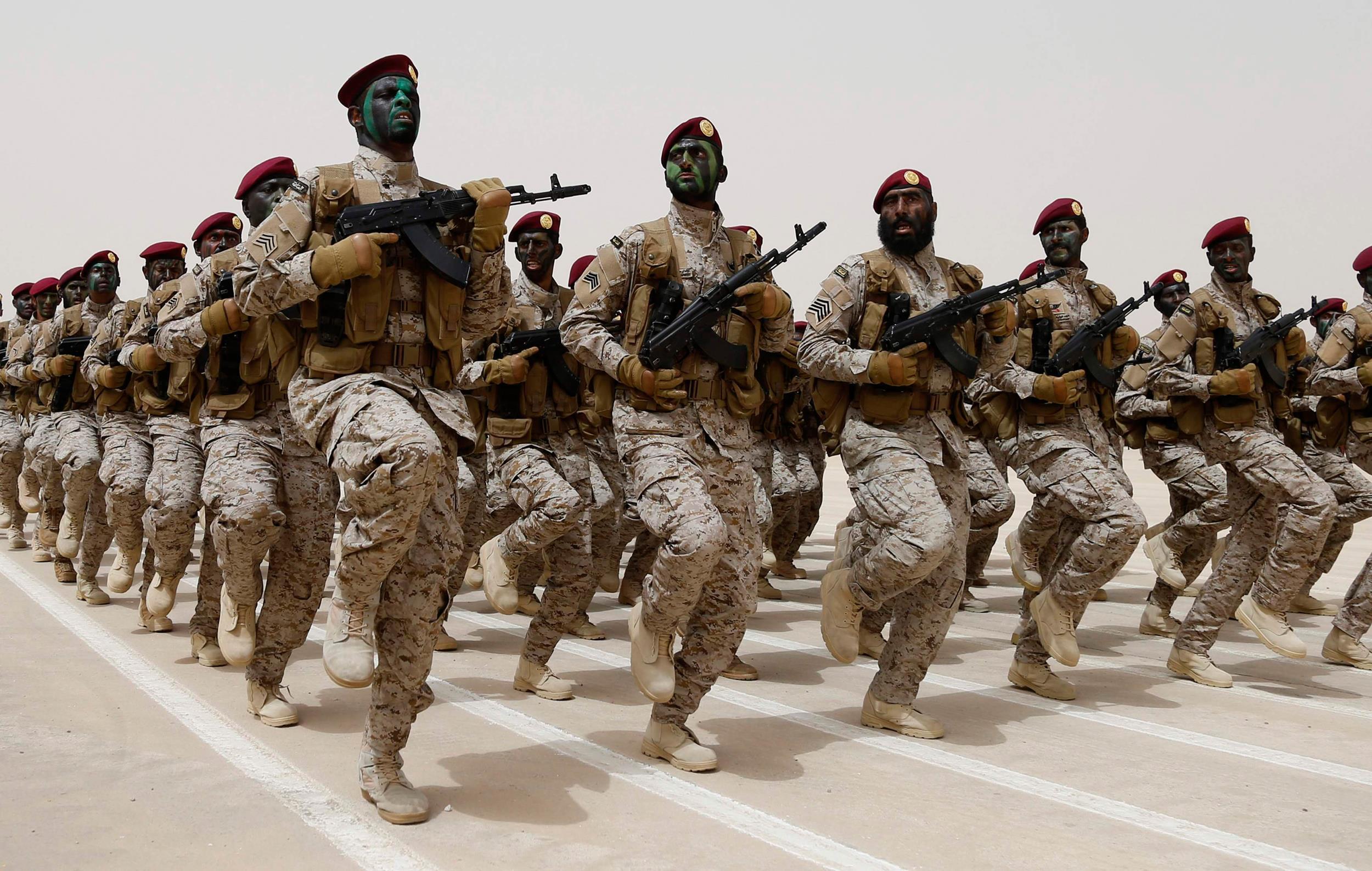 Amidst the heat of mobilizing for a war that is against ISIS in form, but is directed against ‘the other axis’ in reality, a number of slogans are being loudly trumpeted. These slogans assume the form of ‘those who are not with us are against us’ and ‘the mask of Sunni taqiyya – that Amman, Cairo, Ankara, and Doha embody – must be removed,’ as a number of Saudi commentators close to Riyadh’s decision-making centers have put it. [See Tareq Homeid’s article in Mideast Mirror 09.02.16, Section B (The Arab World)].

It seems that the coming days will carry the early signs of exceptional pressure on Jordanian policy within their folds. But being dragged behind adventures and gambles beyond our borders is an ‘option’ that will cost Jordan’s security and stability dear. Moreover, safeguarding the kind of margin for maneuver that Amman has preserved throughout the past five lean years will seem very difficult to maintain, with costs that need to be carefully calculated.

If we were to judge matters based on considerations of loss and gain, there is really no room for hesitation. The policy pursued by Jordan towards the crisis has on the whole and in outcome been sound; one whose primary concern is the supreme interest of the Jordanian state. It is true that this policy was not fully accepted by all capitals and axes, and that it elicited ‘reservations’ or ‘protests’ from most if not all of these parties, all of whom wanted Jordan to stand entirely in their trench. But it is also true that this policy has enabled Jordan to maintain open channels of communication with everyone, safeguarded its ability to talk to all, and even more importantly, has protected Jordan’s security and stability throughout the past five lean years.

What will the ground force that is being discussed do? What are its real, manifest and declared aims? Can Jordan join a war whose finishing lines have not been decided, and in which it is unclear who are one’s allies or one’s enemies? Can we imagine a scenario where a Jordanian soldier stands and fights a Syrian soldier on the other side, for example? Can we imagine a scenario in which our ground units are attacked by the Iranian Revolutionary Guard and Hizbollah? Can we exclude the possibility that our forces may be subjected to airstrikes by Russian warplanes? Is it possible to think – merely to think – of such scenarios? And, why and for whose sake?

There is only one scenario that would render the deployment of Jordanian forces to northern Syria both easy and acceptable. This requires the following:

– First, that their mission must be restricted to fighting ISIS. This is not guaranteed in the Saudi proposal, which has as its implicit aim fighting the regime and its allies under the banner of restoring and correcting the shift in the balance of power.

– Second, there must be U.S./Russian accord on the intervention scenario. This means that Moscow and Washington’s allies must accept the ‘ground force’ and its makeup and mandate. But this also does not seem possible in the foreseeable future.

In the absence of these two conditions, participation in the ground force becomes a risky venture, with the threat that our circle of enemies may be expanded, and the possibility of the fire being invited into our courtyard. Even the states most eager in their support of the Saudi proposal seem to be taking one step forward and two steps back. The UAE has made its participation conditional on U.S. leadership of the ground force, restricting its role to support from behind, far from the battlefronts.

For its part, Bahrain has handed the ‘Damascene sword’ over to Putin [reference to the ceremonial sword offered to the Russian president during the King of Bahrain’s recent visit to Moscow] and has invited the entire world to support Russia’s focal role in Syria. It also accepted the priority of the war on terrorism and a political solution for the Syrian crisis, while rejecting the dismantlement of states. In fact, Bahrain seems to have taken a step, even if a merely formal one, towards Moscow and away from Riyadh.

In other words, the future of the Saudi proposal is now dependent on a U.S. decision. Beyond this ceiling, there will be no initiatives or proposals. And here and now, a question emerges: Will Washington gamble by opening the broadest possible front against the regime and its allies, threatening all the Russian/U.S. rapprochement’s achievements concerning Syria, and all the effects of the nuclear agreement with Iran, merely to satisfy the Saudi proposal?

Will Washington abandon its closest allies on the battlefield – Syria’s Kurds – and permit the Turkish gendarmerie to storm their areas, risking a hundred-years’ war between all Kurds and all Turks? For Washington knows the extent of the Ankara government’s hatred for its country’s Kurds, and for Syria’s Kurds, by extension.

Is it possible to wager on victory against ISIS when the armies to be mobilized in northern Syria are all preparing for the post-ISIS scenario, which will be a ‘bone-breaking’ scenario in the full sense of the word?

There are numerous obstacles and impediments that the rash U.S. welcome for the Saudi proposal cannot overcome. However, assuming that Washington has found a way to soften the sharp edges of Saudi and Turkish positions, what do we stand to gain by joining the game of ‘coffins’ and ‘wooden caskets’?

I do not believe that Jordan is about to comply with the calls for mobilization and loading its weapons. Even more so, I do not think that Jordan is about to open a military front along its northern borders with Syria, especially since all indications lead to the belief that Syrian regular forces would have reached the Nasib crossing point and Old Customs [on the Amman/Damascus highway] before the ‘allies’ complete their consultations regarding the ground force.

But there is no harm in stirring a general debate regarding one of the most important challenges confronting us at this crucial moment in the development of two wars: The war in and on Syria, and the war on terrorism.