Israel will receive tens of billions in U.S. military aid

0
Israel, Netanyahu, Obama, Us
by Redazione

Despite eight years of antagonism between the Obama administration and the right-wing Israeli government, the White House this week promised the largest ever U.S. military aid package 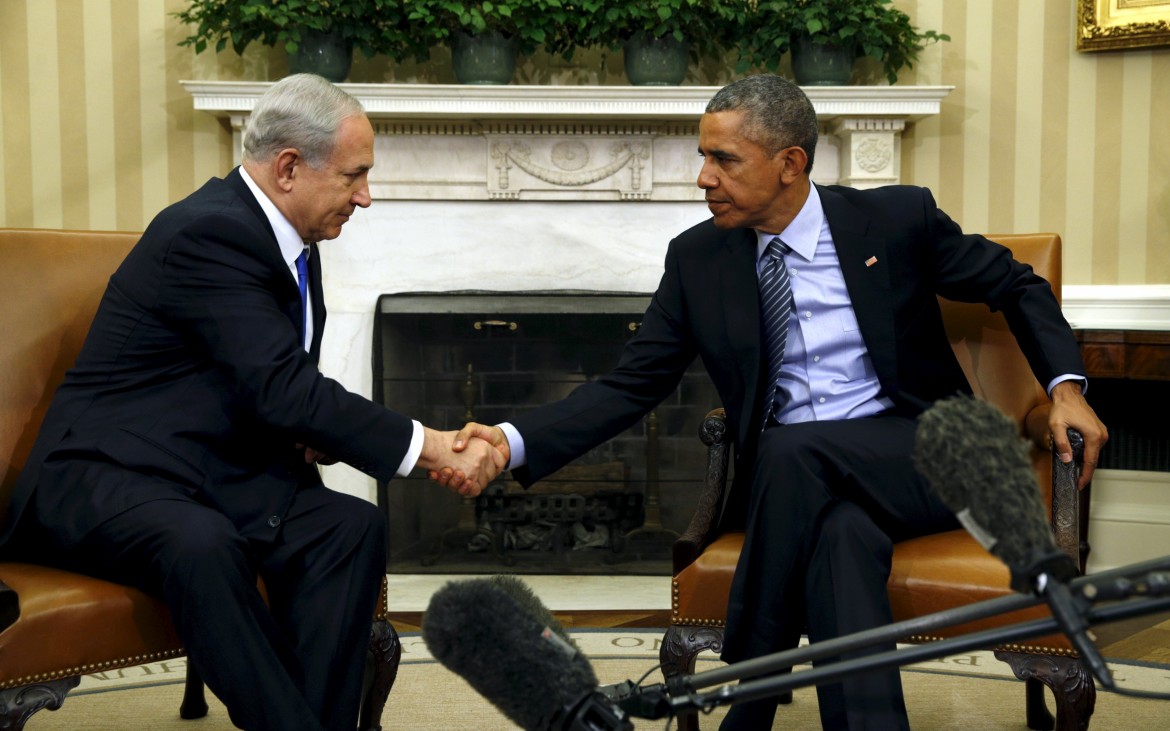 Roma, 27 settembre 2016, Nena News – Israel will get the most impressive military aid package ever granted by the United States to another country. This was announced  first by the American ambassador in Tel Aviv, Dan Shapiro, at the opening of the annual counter terrorism meeting of the Herzliya Interdisciplinary Center. Few days later there was the signing of the memorandum of understanding.

On the one hand, the annual increase of the Israeli military aid package will not be particularly significant but on the other hthis essential support will be guaranteed until 2029, allowing Israel to maintain its military superiority in a region that encompasses the central and eastern Mediterranean, the Middle East and parts of central Asia. In this long period, Israel will buy the most powerful new American weapons from U.S. corporations, using the money received from the United States.

Throughout the eight years of the Obama administration, several moments of tension between the U.S. and the right-wing Israeli government led by Benjamin Netanyahu have been reported and analyzed by the media and experts. The most sensational occurrence happened a year and a half ago, when the Israeli prime minister launched a heavy accusation against Obama before the U.S. Congress. He “accused” him of rejecting the idea of ​​a military attack against Iran and choosing to go forward with an agreement on Tehran’s nuclear program instead, one of the few successes of international diplomacy in recent years.

Barack Obama, despite attacks from Netanyahu and promises of partial changes to the U.S. foreign policy he had made at the beginning of his first term, will go down in history as the American president who has tightened even further the strategic alliance with the State of Israel and is now preparing to hand out the most generous package of U.S. military aid ever.

The same applies to Saudi Arabia. In recent years, the relationship between Washington and Riyadh has gone through difficult moments. Wide differences have emerged on key issues, such as Iran and Syria. But no other American president had ever sold so many weapons to the Saudis — up to $110 billion — as Obama did.

And again, thanks to the president and Nobel Peace Prize winner, today the Arab country that receives the most significant package of U.S. military aid is Jordan — $1.2 billion a year — after the agreement signed last year. Amman has surpassed Egypt, which for more than 30 years had been the prime destination in the Arab world for U.S. military aid. And the support Washington has been providing to Lebanon for some time, has grown progressively, now including weapons, vehicles and equipment.

The disturbing international reports on violations of human and political rights in Saudi Arabia and Jordan have not slowed down the U.S. president. Recently, the Hashemite authorities approved laws restricting freedom of the press and of speech, including controls on social media, and have imposed severe restrictions on international funding to Jordanian NGOs. Obama has remained largely silent even in the face of laws passed by the Israeli Knesset, which target not only Palestinians in the occupied territories, but also the activities of those Israeli NGOs not aligned with government policy.

The U.S. administration tried to shave a little of the annual funding. The Washington Post writes that the White House was delaying the signing in the hope of convincing Republican Sen. Lindsey Graham, who is leading the battle in Congress to increase military aid to Israel, to lower his demand from $3.4 billion to $3.1 billion. Graham was quoted in the newspaper saying that would never happen. “I said, ‘Tell the administration to go F themselves,’” he said.