The visit of Defense Minister Moshe Ya’alon this week to Washington and the upcoming visit there of Prime Minister Benjamin Netanyahu will both focus on Israeli demands for US military support. 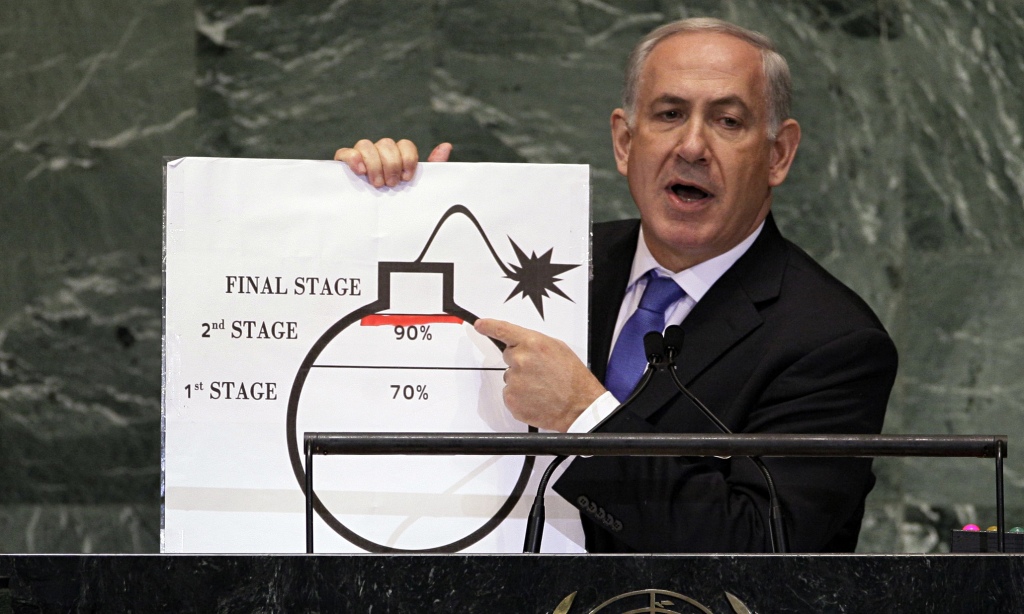 The post-nuclear deal era has finally and belatedly arrived. It was officially launched Oct. 27 with the visit of Israeli Defense Minister Moshe (Bogie) Ya’alon to Washington. Israeli security sources call this visit “fateful” regarding Israel’s ability to cope with future repercussions of the controversial deal with Iran. After Ya’alon, Prime Minister Benjamin Netanyahu will visit the United States, where he will meet with President Barack Obama in November.

Both of these visits are supposed to help Israel “make a fresh start” in the unstable relations that prevail between Washington and Jerusalem. Obama and Netanyahu will never like one another in this life, but the prime minister’s office and, mainly, the Defense Ministry hope that it will be possible to turn over a new leaf and try to forget what was, and focus on what will be — or to be more precise, to focus on what Israel hopes will be in a coming 10-year period.

Almost all the senior officials in Israel’s security system, in the Israel Defense Forces and Defense Ministry thought that Israel should have come to terms with the nuclear agreement as soon as the ink dried and not wage the furious and desperate rearguard battle that was conducted in the attempt to block the agreement in the US Congress. This “scorched earth” battle waged by Netanyahu and Ya’alon was called “a dangerous gamble” by higher-ups in the Israeli security system, due to its potential for harming Israel’s special relationship with the United States. The gamble failed. Now, Netanyahu and Ya’alon will try to prove that they did not lose too many Israeli assets or strategic interests with this bet. They will try to quickly move on to a “business as usual” mode, attempting to demonstrate that nothing significant was harmed in the multibranched, indispensable web of connections and assistance that Israel has in the United States.

Prior to Ya’alon’s arrival in Washington, the requisite “compensation package” request had been put together in Israel; it is this package that Ya’alon (and Netanyahu in his wake) will ask for from the Americans. It all starts with money: In the last decade, Israel received about $3 billion a year in military assistance from the United States. Of this, Israel is obliged to spend 80% to purchase US defense equipment from American companies. Israel hopes to increase this sum significantly over 10 years beginning in 2017. It is anticipated that Israel will ask for $4.5 billion a year, with the goal of closing on $4 billion; this constitutes an increase of a third over the current assistance. According to Israel, this uptick is required in order to address the repercussions of the nuclear agreement in the region, and mainly to cover the actions that Israel will have to take vis-a-vis a significant Iranian empowerment and intensification of the “terror war” Iran conducts against Israel through its various proxies.

But it’s not only money that is at stake: Israel will try to increase and deepen its intelligence and strategic cooperation with the United States. It will try to do the following: receive increased funding for new air defense Iron Dome batteries; enlarge American funding and involvement in the Magic Wand (also called David’s sling) system that creates layers of protection from rockets, missiles and ballistic missiles at different heights; purchase another squadron of F-35 fighter jets; and receive a quantity of super-penetrating bunker-busting bombs, radar instruments, cyber technologies and numerous additional tools designed to preserve Israel’s “qualitative edge.” Israel needs to maintain its qualitative edge not only vis-a-vis Iran and enemies of its kind, but also toward the Gulf states, headed by Saudi Arabia, as these also receive generous American “compensation packages” following the nuclear agreement.

In other words, the objective of these two visits is to try to preserve Israel’s position as the United States’ most important strategic ally in the Middle East. This preference for Israel has been held in great doubt over recent years after Netanyahu’s attempt to assist Republican candidate Mitt Romney in the 2012 presidential elections and the unprecedented deterioration in the Obama-Netanyahu relationship in the years since. The bad blood between them reached its height in Netanyahu’s speech to Congress in March, which was set up without Obama’s prior knowledge.

Vice President Joe Biden’s announcement Oct. 12 that he would not run for president succeeded in injecting new energy into former Secretary of State Hillary Clinton’s campaign. But it was received with much grief by Netanyahu’s environs in Jerusalem. Netanyahu had counted on Biden to run for president; Netanyahu shares a long-term, deep relationship with the vice president. Despite certain criticisms and disagreements between them, the two share mutual respect and speak the same language. In other words: Netanyahu could have lived with Biden as president, while the same thing cannot be said about Clinton. Netanyahu views the Clintons as his sworn strategic enemies; this hails back to the days of President Bill Clinton, who shares much of the credit for Netanyahu’s big defeat to former Prime Minister Ehud Barak in the 1999 elections.

But there’s something else as well. The people in Netanyahu’s entourage had anticipated that Biden’s presidential run would have encouraged Obama to maintain a “quiet front” with Netanyahu until the end of Obama’s term of office. Obama is much more beholden to Biden than to Clinton, and he knows all too well not to quarrel with Israel before elections. To improve Biden’s chances and pacify the American Israel Public Affairs Committee (AIPAC), Obama could have approved a significant increase in security assistance to Israel and deepen cooperation. But now, that will not happen.

Work-level meetings in Tel Aviv and Washington preceded this week’s meetings between Israeli-US security teams taking place in Washington. Beyond monetary assistance and intelligence cooperation lies another critical issue on the agenda: coordinating operations and responses with everything connected to continued tracking of Iran — in the nuclear domain as well as others. Israel really wants to reach clear, written agreements with the administration with regard to managing the intelligence follow-up of the implementation of the nuclear agreement and the series of procedures that will be adopted should the Iranians violate this agreement. Israel is aware that reimposing sanctions could take a long time. They want to receive a green light from the White House well in advance to employ additional measures in the event of a violation. This could include a military assault in the event the Iranians are “caught” violating the agreement, whether by slowly “sneaking” toward a bomb or “quickly breaking” out to the bomb, at some point.

According to all the predictions, Israel is likely to have a hard time in Washington. Obama, whose confidence in Netanyahu has reached an all-time low, has no intention of helping the Israeli prime minister bring home such a prize. Coordination on this level, say American sources, could have been attempted by Netanyahu in earlier stages, when the president first proposed starting the discussions and negotiations between the two states. But as was first publicized by Al-Monitor in May, Netanyahu rejected the extended American hand and continued his all-out war against the president, with the goal of convincing Congress to block the agreement. Now, it seems, Netanyahu will have to pay the price.