After Badreddine’s killing, we may never know if the 2005 death of Lebanese prime minister Rafiq Hariri marked the start of Saudi Arabia’s efforts to destroy Bashar al-Assad and the Syrian regime 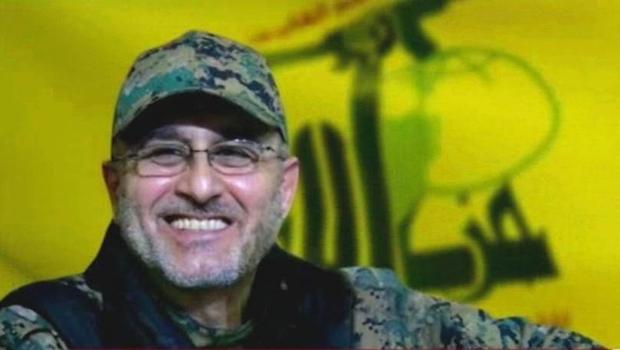 Roma, 16 maggio 2016, Nena News – For almost five years, UN investigators wanted to find Mustafa Badreddine. And now, at last, they know where he is: buried close to his brother-in-law, Imad Mugnieh, in the Rawdat Shahiyadayn cemetery in the southern suburbs of Beirut.

Killed near Damascus airport by a shell fired by Syrian Islamist rebels – according to his Hezbollah comrades – the man accused of planning and organizing the assassination of former Lebanese Prime Minister Rafiq Hariri in 2005 is no longer available for questioning. His commander-in-chief, Hezbollah’s chairman Sayed Hassan Nasrallah, had promised to “cut off the hand” of anyone trying to capture Badreddine or his three accused fellow conspirators – and no-one dared.

While Hezbollah feted his memory last week as a martyr and resistance fighter in both Lebanon and Syria – and others gloated at his death, claiming that Israel must surely have been responsible – Badreddine’s historical importance surely lies not in his presence in Syria, but in Beirut on 14 February 2005, when a massive car bomb exploded beside Hariri’s motorcade.

Hariri was Saudi Arabia’s man in the Levant, not only Lebanese but a Saudi citizen, a close friend of the royal family ever since his construction company excelled all others in the kingdom, the rebuilder of post-war Beirut or, as the Western press (though not the Lebanese) would inevitably dub him, “Mr Lebanon”.

It’s true that Bashar deeply distrusted the man who was widely believed to have urged Western leaders to force Syrian troops from Lebanon (others contend this was never the case). But would Syria’s Hezbollah allies, a legal political party in Lebanon with seats in parliament and ministers in the present Lebanese cabinet, have risked their prestige and standing in such a mass murder? Why would Assad want to kill Hariri if the inevitable result was the departure of his army from Lebanon?

Iranian agents in Beirut immediately put it about that the Saudis had arranged for Hariri’s killing, claiming that he had that very morning met a senior member of the Iraqi government to discuss arms deals, and that Hariri had cheated the Saudis out of money sent to purchase weapons for Baghdad, which prompted the Saudis to kill him. The story was as convoluted as it was desperate, and it did nothing to dispel the suspicion that Syrian Baath party security had arranged Hariri’s murder. But the Hezbollah?

One of Nasrallah’s most trusted officers – Iran’s too, since he organized the kidnapping of western captives in Lebanon in the late 1980s – was Imad Mougnieh, blown to pieces by a car bomb outside a shopping mall in Damascus in 2008 (almost certainly, this time, an Israeli assassination) and buried in the same cemetery in which Mustafa Badreddine, his brother-in-law, was interred last week. Mougnieh’s own son was killed in an Israeli air attack near the Golan Heights in Syria in 2015, along with an Iranian officer and other Hezbollah fighters. Badreddine is said to have also been an intended target – but was not present at the time of the air strike.

But back to 2005. Within days, Lebanese and UN investigators began to concentrate their enquiries on a mass of mobile phone calls made across Beirut in the months before Hariri’s killing and in the days that followed. Some of the material for this research was provided by British intelligence, which monitored Lebanese communications from Mount Troodos in Cyprus. There were clumsy efforts to obtain mobile call traces in Beirut itself; on one farcical occasion, UN investigators plodded into the Hezbollah-controlled southern suburbs to check the phone records of a local hospital – carrying with them secret documents belonging to the UN team. A crowd of angry Shia Muslim ladies succeeded in relieving the luckless investigators of their briefcase and its secrets.

The UN had asked all neighbouring countries for their help. Israel, it turned out, was none too keen to assist, at least officially. Why not? The Hezbollah, always keen on conspiracies (real or otherwise), suggested that Israel killed Hariri in order to pin the blame on Syria and force Bashar’s army out of Lebanon: a retreat that duly came to pass.Threatening the UN investigation itself, Nasrallah and his men suggested that Israel had long been involved in tampering with Lebanese mobile telephones. Israel had certainly hired a series of bungling agents in southern Lebanon, one of them a senior Lebanese army officer – and equipped them with communications to monitor the Hezbollah. So how could anyone trust the phone “traces” which allegedly linked four senior Hezbollah officials – including, of course, Badreddine – with the Hariri murder?

The cell phone narrative is long, complex and very dramatic. One number had belonged to the Lebanese presidency, others to known Hezbollah figures. Clusters of phones hired at a cost of many thousands of dollars appeared to prove that Hezbollah operatives watched Hariri in the months prior to his death.

One of the Lebanese security investigators, Wissam Eid – a brilliant young technician whose work was initially, and typically, ignored by the UN itself – was blown up and killed on his way to work in 2008. When the UN made it clear that they were going to blame Hezbollah for the Hariri assassination, Hezbollah’s supporters immediately accused Israel of planting the incriminating phone evidence. A long and compelling report, with masses of apparent details of Hezbollah phone logs, appeared in an American magazine last year, written by Ronen Bergman, a “military analyst” for the Israeli newspaper Yediot Aharonot, which also accused Badreddine of “terrorist acts” against Israel.

In the days that followed Badreddine’s own violent demise near Damascus airport – at the hands of ‘Takfiris’, according to the Hezbollah, using their usual description of Saudi-supported anti-Assad fighters in Syria – he was also variously accused of having a leading hand in the bombing of the US and French military bases in Beirut in 1983 (when he was only 22 years old), attacks against US and other Western troops in Iraq after 2003, and operations against Assad’s rebel enemies during the war which began in Syria in 2011.

But he certainly was deeply involved in that struggle, just as he tried to destroy the US embassy in Kuwait in 1983, for which he was imprisoned by the Kuwaitis but escaped when Iraq invaded the emirate in 1990. Most reporters based in Beirut have spent literally months of their lives reporting the 11 years of investigations, theories, accusations and threats behind Hariri’s murder.

I knew Hariri personally and was only a few hundred metres from the explosion which killed him. I knew Imad Mougnieh in the early 1990s; I met him in Tehran when I was trying to persuade his “Islamic Jihad” satellite to free a friend of mine, the American journalist Terry Anderson. I recall that shaking Mougnieh’s hand before a meal of juice and fruit in north Tehran was like being gripped in an iron vice.

I talked to UN investigators for many hours, interviewed the Lebanese journalist whose television station revealed the name of one of the UN’s secret ‘witnesses’, and had many times during the Lebanese civil war talked to Ghazi Kennan, the utterly ruthless Syrian intelligence boss in Lebanon and subsequently Bashar’s minister of interior who shot himself in Damascus in 2005. I even saw poor Wissam Eid’s car still smouldering on the Beirut highway after his assassination.

Unkind hearts said Kenaan had been ordered to “suicide” himself lest he be revealed as the “mastermind” behind Hariri’s killing. This was long before the UN switched the blame to Badreddine and his three other Hezbollah chums. One of Kenaan’s most senior intelligence officers later swore to me that this was untrue, that Kenaan had gone home from work and written a personal letter to his wife before returning to his Damascus office and shooting himself in the head while his own Alawite (Shia) guards unwittingly remained at his door to protect him.

I briefly met Bashar after his father’s death in 2000. I talked to a journalist who was sitting next to Bashar in 2005 when he received the news of Hariri’s murder; the writer said that Bashar seemed genuinely shocked at the news.

I never met Badreddine – at least, not knowingly, although I would surely have remembered his beard and baseball cap and spectacles – and his death in Damascus means that we shall never hear his own version of Hariri’s death. The UN’s in absentia trial of both Baddredine and his colleagues was always a rather unconvincing affair. They were never going to be “made available” to investigators.

And thus we still do not know the truth about Hariri’s death – a commodity the Lebanese, above all, have anticipated for more than a decade. Nor have we yet discovered if that motorcade explosion in Beirut, now commemorated by a grotesque concrete flame at the spot on the roadway where Hariri died, marked the start of Saudi Arabia’s efforts to destroy Bashar al-Assad and the Syrian regime.

Who knows if, by proxy, that bomb did not help to create Gulf support for the existentialist Wahabi army that now threatens the world, attacks Europe and has helped – along with its Syrian enemies – to send a million refugees to the shores of Europe? Nena News