Hamas inches toward return to the Resistance axis

Iran and Hamas have almost mended their relationship, even though Hamas leader Khaled Meshaal has yet to visit Tehran. The two sides held long discussions in the last few days, which culminated with the Hamas delegation passing on the requests of their military wing, the al-Qassam Brigades. These included requests for supplies of Iranian weapons in preparation for any future conflicts. 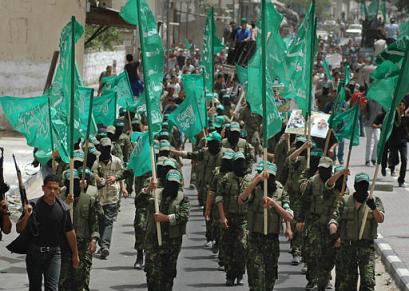 9th Febrary 2015, Nena News – Hamas’ political experience with the so-called “moderate Arabs,” and those close to the Muslim Brotherhood, has shown that Iranian support for the Palestinian cause and resistance to the Israeli occupation is more consistent. According to Hamas leaders, the last Israeli attack on Gaza — the third in six years — showed that the axis of Arab moderates, with which the organization tried to establish closer relations, stood against Hamas during the war.

Accordingly, meetings between Hamas leaders and those involved with the Palestinian question in Beirut and Tehran intensified after the end of the war. In Tehran, Iran and Hamas reached what has been called a “memorandum of understanding.” Perhaps the most important point, among the several covered, was preventing the Syrian conflict from affecting the relationship between Hamas and the resistance axis, and that it should not prevent the funding and arming of the Palestinian resistance — specifically the al-Qassam Brigades — with state of the art weapons to confront any new attack. In the past few days, Israeli media announced repeatedly that the Islamic Republic resumed sending money to Hamas “after two years of interruption.”

For Palestinians, this memorandum of understanding was the result of a “long internal evaluation by Hamas” concluding that “most of the Arab countries stood against Gaza in the last war.” That is why a Hamas leader said: “Our interests require us to stand with those who supply us with weapons.” As such, the Hamas delegation asked Iran to arm al-Qassam Brigades with high-precision surface to surface rockets and anti-aircraft missiles.

A source familiar with the details of the visit said, “The Iranians agreed to our request because our experience with the war and an evaluation of the course it took confirmed that we need guided missiles that can hit targets inside Israel and cause more damage. Indiscriminate rockets will no longer do.”

These missiles have become a necessity for al-Qassam fighters, as they intend to train and arm themselves as though a war is going to break out tomorrow. Hamas officials expect “a war with the enemy in the near future because of the pressure on Gazans.” The organization’s spokesman Sami Abu Zuhri suggested as much yesterday, saying: “Continuing the siege will push Hamas to actions that might be described as insane.”

Besides the need for arms, the discussion centered around the Arab countries’ stand against Hamas and the role they played in prolonging the war on Gaza. Furthermore, they discussed Saudi pressure on Qatar to cut off relations with the Muslim Brotherhood, despite Doha’s repeated assurances to Hamas leaders that their bilateral relationship would not be affected by these pressures. All of this prompted Hamas to reposition itself, and the group has since made good progress with both Iran and Hezbollah. Now, the one remaining step is for the chairman of the political bureau, Khaled Meshaal, to visit Tehran.

The same sources say that “the visit almost happened but was delayed due to a disagreement between Tehran and Hamas over determining the agenda of the visit.” Hamas wants Meshaal to receive a proper reception. “A visit in which Abu al-Walid (Meshaal) does not meet the supreme leader (Khamenei) and the president is like praying without performing ablutions,” as one Hamas official put it. The Iranians reassured the visiting delegation that “Meshaal will receive a reception befitting his status.” However, Hamas’ concern that no such meeting would take place “postponed the visit until they are sure that Abu al-Walid will meet with the supreme leader.” The sources continue: “We demand this not for Meshaal’s sake, per se, but because he represents a movement with a significant presence on the ground.”

While Iranian sources in Beirut confirm that “Tehran’s relationship with Hamas is very good,” Israel’s assassination of six Hezbollah fighters in Syria’s Quneitra is proving to be another test for the relationship between the group and the resistance axis. Al-Qassam leader, Mohammed al-Daif, responded with a letter of condolences to Hezbollah’s Secretary-General Sayyed Hassan Nasrallah. The letter, however, unleashed a political storm from outside and even from within Hamas that reached the point of denying the letter’s existence.

The letter’s language intended to demonstrate the warmth of the relationship between the Lebanese and Palestinian resistance movements, in addition to the strategy they are both formulating for future confrontations with Israel. Daif wrote: “All the forces of resistance in the nation should wage their next battle united as one, and their fires should intersect over our occupied land.” These words are not mere poetry. After all, they are sent by one military leader to another. Every word in the letter is well thought out, especially that Israel is monitoring Daif’s situation since the attempt on his life. Therefore, sources stress, “when Daif says “their fires should intersect over our occupied land,” he is serious. When Nasrallah says the resistance axis is one, from Iran to Palestine, he is also serious.” In Beirut, the two parties are trying to consolidate their relationship and ease the tension between their supporters. That is why Hamas is planning to hold meetings with its cadres in the coming days to “rehabilitate them, so as to ease the tension among the support base,” according to a party official. These meetings between Hamas’ leaders and cadres are not restricted to Lebanon either. The intention is to engage in “rehabilitation” wherever Hamas is present.

Sources inside Hamas acknowledge that “the visit to Iran was facilitated by Nasrallah and Islamic Jihad Secretary-General Ramadan Shallah who have been working together to improve relations with Hamas.” One observer says: “The Iranian leadership’s rational approach and long-term strategy mean that Iranian support for Hamas will not stop because of their disagreement over Syria.” He adds: “The Islamic Republic cannot abandon al-Qassam Brigades even if Tehran disagrees with the organization’s political bureau.”

Hamas, however, is facing internal difficulties, which hinder its return to the resistance axis, especially from its supporters inside Syria and the Salafi movement in Gaza. Its supporters in Syria created Facebook pages shaming Hamas for moving in this direction, arguing that the organization is “betraying the will of the Syrian people,” while attacks were leveled at Meshaal by Syrian forces opposed to this move.

Hamas sources stress that all these voices “irrespective of their positions or labels do not resonate with the movement’s leadership, which took a unanimous decision to consolidate the organization’s relationship with the resistance axis regardless of the price.” They point out that “disciplinary measures were taken against them and they will be officially held accountable… As for those close to the Salafi movement, we are not responsible for them and they have no bearing on improving relations.”