Hamas. A replacement for the PA not a project for national liberation

Hamas is turning into a project for an authority.  The aim behind  its new Charter is to rehabilitate it as a replacement for the PA, writes Uraib ar Rintawi 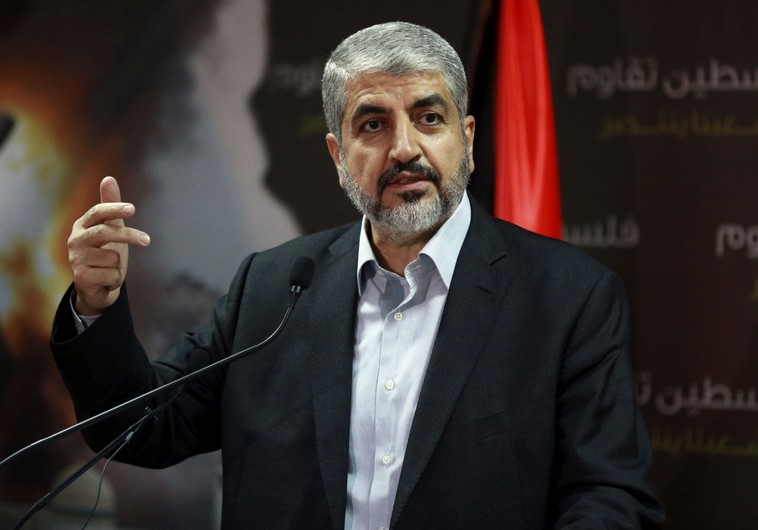 The first context: The movement is developing. We should not dismiss the importance of this in any way. Anyone comparing the [PLO’s] 1988 declaration [in support of a two-state solution with the 2017 [Hamas] document would find fundamental differences in the language, approach, and text. Hamas is moving from the world of closed otherworldly religious caves towards the open space of politics, international relations and international law. It is descending from the heights of the sacred with its taboos, towards the language of politics, alliances and partnerships – the discourse of the ‘ruling party’, or as Hamas claims, the discourse of a ‘liberation movement’ that is not harmed by its Islamist terms of reference.

The second context: The movement is adapting. The campaign against the Muslim Brotherhood in general has been very tempestuous. An anti-Brotherhood wave has risen and is tantamount to a typhoon. The time of truces and respite with its opponents has almost run out, and its status in the West is diminishing. It is on the verge of joining the black lists in Washington, London, Brussels, and elsewhere. In this context, Hamas’s situation seems more difficult than that of its mother [Muslim Brotherhood] organization. Here the Israeli factor joins the fray, allowing Washington to deal with the ‘mother’ while fighting the ‘daughter’ for nothing but Israel’s sake, especially in the era of Trump/Kushner/Greenblatt/ Friedman. Hamas is at the Brotherhood’s heart, and consequently at the center of the larger targeted circles. In that case, what harm can there be in bending before the storm; one that is almost four years old, which is precisely the age of the debates and consultations that have produced the new covenant.

The third context: The movement is rehabilitating itself. And this is a relatively long process that goes back many years. But Hamas’s closest allies, Turkey and Qatar, are assuming the responsibility for this mission this time around: And this takes the form of pressures and enticements. ‘Once upon a slip of the tongue,’ [Turkish Foreign Minister] Mevlut Cavusoglu revealed at the American Press Club the pressures that his government has brought to bear on Hamas to recognize Israel and enter negotiations with it. And Doha is not far from this – unless we believe the stories of some Arab sheikhs and ‘thinkers’ about how this small Gulf capital has turned into a ‘Hanoi-2′ or to ‘post-Hijra Yathrib’ [the Prophet Mohammad’s safe haven] or ‘the Westminster of the East’ and capital of Anglo Saxon-style democracy in the region.

These people want Hamas as their project in Palestine. If it succeeds in Gaza and provides the required goods, what could be wrong about generalizing its ‘successes’ and its ‘experience’ to the West Bank? In that case, the post-‘Abbas phase would assume this character, especially in the presence of other regional axes that aspire to impose their hegemony on the Palestinian card from the Cairo/Abu-Dhabi axis and its postponed but not broken project based on [Fatah strongman Mohammad] Dahlan, to the Tehran/Damascus/Southern- Dahyieh [Hizbollah] axis and its ‘resistance and opposition’ project.

Has Hamas changed? Yes it has; and anyone who claims otherwise does not really understand or following up on events. Today’s Hamas is in the same position as the PLO in the second half of the 1970s when it spoke of establishing a ‘people’s national resistance authority’ over any part [of Palestine] that would be liberated, but without any reconciliation or recognition of Israel, and without any relinquishment of the right of return and the project to establish a secular democratic state on all Palestinian soil. Hamas today is almost an enlarged picture of the [leftist] Popular Front for the Liberation of Palestine (PFLP): It rejects Oslo, but joins its institutions and takes part in its elections; it accepts a [Palestinian] state along the 1967 borders describing this as an interim program; it praises armed struggle, but does not engage in it, or does so rarely whenever circumstances allow and to the most minimal level that does not place it on a collision course with the PA, or force it into a ‘bone-breaking’ confrontation with the occupation.

Has Hamas accepted the International Quartet’s preconditions? The answer is yes and no. It has drawn closer to them, but without reaching a full positive response. Accepting a state along the 1967 borders implicitly entails indirect recognition of Israel in the rest of – most of – historic Palestine, which is the first Quartet precondition. And seeking a long-term truce or ceasefire – with all that this entails by way of restraining the other factions, thereby ensuring the security of borders and honoring commitments – is Hamas’s way of relinquishing violence, coupled with greater openness to accepting ‘various [non-military] forms of struggle’’; and this is the Quartet’s second precondition. And abiding by the signed agreements coupled with participation in Oslo’s institutions, authority and elections, and placing this at the forefront of Hamas’s priorities, in fact, at least during the last decade, is the Quartet’s third precondition.

Hamas has covered more than half of the road towards accepting the Quartet’s three preconditions. What remains is secondary, assuming that the Quartet’s intentions are sincere and that it is no longer submits to Israeli blackmail, which accepts nothing less than raising the white flag of surrender, especially when the matter has to do with the Palestinians, the owners of the land, the cause, the collective memory, the rights, and so on.

Recognition of Israel becomes recognition of Israel’s existence as a Jewish state. Relinquishing violence becomes involvement in Israel’s security and intelligence efforts against the Palestinian people’s activists. And accepting previously concluded agreements becomes collusion with all of Israel’s violations of these agreements, and acceptance of Israel’s interpretation of their vague and ‘constructively ambiguous’ texts.

Is this the last of Hamas’s ‘concessions’? The Palestinian national movement [Fatah and its associates] had previously said ‘no’ [to this question] but that soon turned into ‘yes.’ The national movement continued to offer one concession after another, until we have ended up where we are today. Hamas is marching down the same path. And anyone who wants it to invest in the new covenant in order to subsequently reap some of its fruit and results will find themselves forced to offer more clarifications and explanations. These usually begin behind closed doors, especially with Western reconnaissance and exploratory delegations, until the Islamic Movement [Hamas] ends in the same place as the Palestinian national movement.

After all, Hamas can be a ‘national liberation project’ without accepting a state along the 1967 borders; but it cannot be a project for an authority without such acceptance. Fatah’s problem is that it has turned into a party of power and a project for authority; it forgot that it is a national liberation movement. Hamas is now committing, or is about to commit, the same mistake. The fact that it gives precedence to ‘liberation’ over the ‘state,’ as stressed in its new document would be of no use to it. The PLO did so in the past and then retreated; and there is no guarantee whatsoever that Hamas would not proceed down the same slippery slope.

Is history repeating itself? And will it take the form of a tragedy or a farce this time around?

Yes, history is repeating itself, but in conditions that are not at all favorable to the Palestinians. As for the question about tragedy and farce, this is difficult to answer for now. The situation is most likely to assume both forms simultaneously. But what is certain is that this new document does not call for all these celebrations, nor does it warrant them. In fact, I do not know whether Hamas and its supporters should be congratulated or offered condolences.

The truth is that I have mixed feelings on this matter, especially since this development comes in a context of weakness, retreat and frailty at the national and Hamas levels; rather than in the context of growing elements of power, capability, and progress.