Fauda, the Netflix series that supposedly shows the reality of the conflict between Israelis and Palestinians, does not have one Palestinian writer on its staff. And the language, narrative and stereotypical descriptions of Palestinians are not only offensive and inaccurate but serve the purpose of dehumanizing and brutalizing them 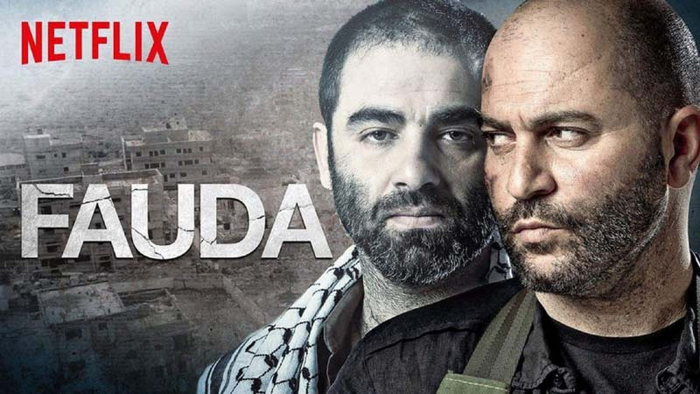 Rome, 13th of June 2020, Nena News – When we say that racist stereotypes are in the media, in books, in schools and in movies – and that is part of the problem too – well it is. And it always has been.

The classic 1939 movie Gone with the Wind has been temporarily taken down. The removal comes after John Ridley, the Academy Award-winning screenwriter of 12 Years a Slave, wrote an op-ed in the Los Angeles Times asking for the movie to be suspended at this particularly sensitive time, and maybe also to send a strong message that enough is enough!

The 1939 movie was highly contested for decades because of its portrayal of slavery, African-Americans and the American civil war.  Although the actress Hattie McDaniel, who played Mammy in the movie, became the first African-American to win an Oscar, it came during the time of segregation.  She wasn’t even allowed to sit with her co-stars at the same table; and who wants to remember that?

This does not mean that movies cannot show the realities of the past or of the present.  But when movies serve the purpose of perpetuating a system of division through negative racial stereotypes that maintain the status quo, then it’s a whole other story.

Gone with the Wind didn’t only reflect the prevailing culture of the time, but it glorified and romanticized racist and stereotypical attitudes and ideas.  The movie was a product of its time and displayed the racial issues and prejudices that prevailed in society at the time, and that cannot be changed. But what can be changed is the information needed right now, to make people aware just how wrong it was or how badly it affected people, and to make audiences understand how those on the receiving end of racism feel about it.

Moreover, this information is needed to highlight the fact that the film industry, and the media in general, are responsible for the perceptions that prevail because of their direct role in constructing images and stories that are projected – through their specific lense – to the world.

There is a thin line that separates how a people may not be fairly represented, from an outright demonization of them, that directly helps perpetuate that very racism. Questioning the meaning and messages behind a film, whether set in the past or present, is more necessary than ever today if we want to understand how certain depictions communicated by the movie industry can affect our views of the world and our perceptions.

Finding a framework that can be used universally in the future, such as the use of disclaimers or contextualization for films that have offensive and racist material, will not only protect the rights of peoples whose stories are being told, but will make the point that the material on display is not absolute truth but only a point of view. With that, audiences will know that they need to think critically about what they are watching, rather than be indoctrinated by it.

Think about all the westerns that were popular from 1920 to the 1970s.  Think about John Wayne and the cowboys, the American ‘Indians’ and their bows and arrows and axes. Who were we persuaded to sympathize with? Did we ever question the fact that the stories were told from a “western” point of view, in total disregard of the native population? If all those movies were taken back, and disclaimers added to reinstate the historical accuracy that we owe Native Americans, how different might things be today?

The producers of Fauda have clearly stated that the series never meant to be objective or to show the Palestinian point of view. They are fully aware of the fact that they are responsible for the way Israelis will be seeing Palestinians and possibly aware of the fact that they could be aiding the spiral of misconception and hatred by reinforcing prevailing prejudices in Israeli society and elsewhere.

The series, therefore, aligns with the Israeli government’s agenda and whitewashes Israeli crimes and brainwashes the public into thinking the Israelis are the moral people while Palestinians are the opposite, just simple and violent.

Although many people may think that the series Fauda is a faithful description of the reality in Palestine and Israel – and maybe forever influenced by the show’s depiction – it is not.  Not by a long shot.  This is why disclaimers should be mandatory, in order to provide context for the themes and contents of films and to clearly state that racist and offensive stereotypes are present.  This will send a strong message to the public that although the reality or perspective may exist, the film does not seek to promote nor glorify it.

This move would be extremely important for audiences as it will make them aware of the fact that every point of view carries its own normative and/or ethical standpoint, and as a result, they must be more critical while watching.  That might even lead to less racism in the future! Nena News