EGYPT. ‘A woman is worth 100’: the struggle for female rights chooses a different language

A group of Cairene activists promotes female rights spreading stories of women who do works normally considered ‘for men’. The organizer: “We need to shed light on positive issues and fill women with positive energy” 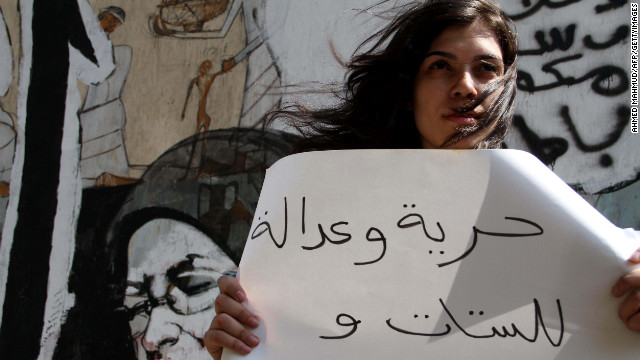 Rome, February 23, 2016. NenaNews – Have you ever tried typing ‘Egyptian women’ on Google News in an ordinary day? According to the young Cairene activist Rania Ayman roughly 70 percent of the results will lead you to stories of ‘rape’, ‘sexual violence’ and ‘homicide’. A realistic percentage, if considered that more than 95 percent of women in Egypt admits to have been victim of harassment; yet not necessarily a constructive account amid the struggle for female rights in the country. It is from this perspective that the campaign ‘One woman is worth 100’ began: launched by a group of female activists from Cairo, with the aim of spreading the experience of those Egyptian women who successfully reaffirmed themselves through their work. “We want to motivate and provide moral support to the Egyptian women, from all social and economic backgrounds – Rania Ayman told Al-Monitor – reporting the stories of those who were able to turn their problems, both social and personal, into challenges to be overcame”.

Five years after Hosni Mubarak was overthrown, expectations that those moments would introduce major female rights have widely failed. And what appeared as a new season of openness for Egypt, resulted instead in a relapse for fundamental civil rights; which for women eventually means unchanged difficulties in accessing the labour market and renewed gender discrimination in their private life. Within this context, female unemployment rate is three times higher than among men (2015); while Cairo has quickly became one of the more hostile and difficult Arab cities to live in for women.

Hence, when Rania talks about her campaign’s genesis, motivations and aims, she seems to propose a new approach to this battle. Reversing the dominant narrative reproduced by media and offering a more humanising and personal perspective on day-to-day challenges faced by female workers. “The idea behind the project is that there are women who succeed in spite of difficult social conditions – Rania continues –, and each of these women is worth 100 of those preferring apparently easier paths”. In other words, without neglecting or minimising on the worrying data about gender discrimination in Egypt, the campaign commits itself to reverse the unconditionally negative and discouraging portrait that mainstream media provide of Egyptian women. Hoping that a tiny minority’s example and the struggles would stimulate other women to do the same. “There are women working as butchers, others cleaning sewer drains and others again working as waitress in cafes that are mostly attended by men – adds Rania – it was hard to find them and convince them to share a message which everyone in our community should learn from”.

Contrary to the government’s general rhetoric – which keeps on stressing how female condition in the country has substantially improved since Mohammed Morsi’s fall – gender discrimination in Egypt is far from being overcame. And as recently observed by Dina al-Khawaja – professor at the Faculty of Economics and Political Science at Cairo University – “The status of women under Sisi improved without any objective signs: the political representation of women is [in fact] not an indicator of the improvement of women’s situation in general, and women remain marginalized in the labour market and harassed in the public domain”.

‘A women is worth 100’ has by now edited 15 video episodes all over the country. Each of them tells of a personal story from an Egyptian woman who does works socially perceived as ‘for men only’. This activity will be then sided by some practical workshops, tasked to professionalize and introduce women to the labour market.

Over these last few days, along with with news articles on gender segregation and discrimination, Google News’ results page is also hosting Rania’s optimist voice; and with her, those of the brave women who decided to rely on her for sharing their witnesses. Nena News