Can you blame the poor in Syria’s al-Jazira region?

Syria’s al-Jazira region is today paying the hefty price of years of neglect. Residents and their resources are suffering due to the proliferation of al-Qaeda affiliated groups, which took advantage of the region’s proximity to Iraq and exploited public anger against state policies 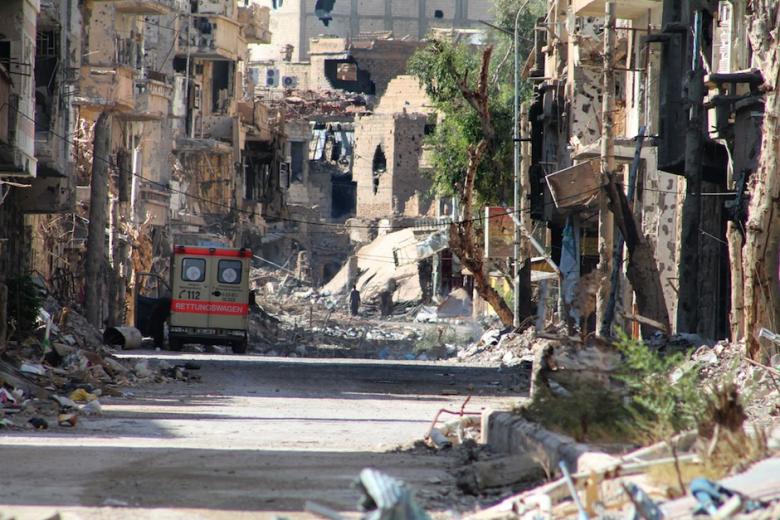 Roma, 19 maggio 2014, Nena News - A former government official who took part in the delegations that visited the eastern districts of Syria and investigated the local situation before the crisis, told us a story about a delegation chief who used to be a prominent member of the Naji al-Otari government. That man had to skip a meeting with locals due to public dismay at his statements and empty promises. In that stormy meeting, people lambasted government officials and state policies.

“Good thing he didn’t show up,” the former official smirked. Social problems in al-Jazira aren’t restricted to a certain region in the area, they aren’t even the result of an interim situation linked to economic events or climate changes, such as the drought that hit the country before 2008. It is in fact a comprehensive and deep-rooted crisis that involves all regions, cities and villages in the area and is due to many factors.

People started warning, even before 2011, that social problems in al-Jazira would soon spiral out of control and escalate into a national crisis. Though the signals were quite clear, actions taken by the government were too little too late.

Between 2006 and 2008, one of the worst droughts in 40 years hit the area. Of the 60,000 families that live there, 37,000 families from the al-Hasaka district had to leave their homes and move into tents on the outskirts of southern and coastal districts, searching for crumbs to survive. Meanwhile, the government only followed up on the situation on paper and by holding a number of meetings.

In the eyes of many people, it was only natural for al-Jazira to be involved in the current crisis. Maybe politics didn’t play a major role, but poverty, neglect, underdevelopment and old grudges against the prevailing economic and social conditions opened a window for extremism, murder, armament and foreign interference.

“No doubt the crisis is primarily economic, despite the ideological appearance,” Hussein al-Kadi, former industry minister and current professor of accounting at the Faculty of Economics in Damascus University said.

“Underdevelopment of productive sectors and education and a lack of services and schools in addition to injustice, nepotism, bribery, and a neglect to teach the Arabic language (the region has a Kurdish majority), caused widespread public resentment in the eastern and northern parts of the country,” Kadi elaborated.

According to official figures, a huge district such as al-Hasaka that covers 16 regions and 2,381 villages, has only one cultural center compared to 844 religious centers in 778 villages.

Figures also showed that illiteracy in al-Hasaka was estimated at 31.5 percent in 2011, while only 28.4 percent could read and write, and 60 percent of the district’s residents did not have access to the education system. Meanwhile, only 2.3 percent of residents held university diplomas, and 9.2 percent obtained high school diplomas. Hence, counting on awareness to shelter the northern area from the events that had erupted in other regions was obviously a waste of time. Unfortunately, such a lack of awareness added to the widespread poverty and malnutrition.

According to a never before published UN report, poverty in Syria is concentrated in the north eastern region, mainly in the rural areas, making up 37 percent of the severely poor and 28.8 percent of the poor population in the country, even though residents of this region only constitute 23.3 percent of the Syrian population.

This area was also the first to pay the price of government policies. For example, poverty levels skyrocketed in the region following a government decree that increased gas oil prices in May 2008, leading to price hikes in food commodities. The poverty rate jumped from 39 percent in October 2007 to 45.7 percent in June 2008.

“This pushed many citizens back to nomadic life for survival after a period of stability. Many villages were completely abandoned,” Kadi said.

“The situation further deteriorated and state institutions had no clue about the issue and made no plans to tackle the ensuing problems. The situation reached a boiling point and citizens joined groups that had various affiliations and goals, as they sought assistance and funding. Foreign parties quickly seized this opportunity,” he further explained.

The area also lacked government services and public facilities. According to statistics conducted just before the crisis, only 39 percent of al-Hasaka residents had access to the public sewerage system, while 37.2 percent used pit toilets, and an alarming 7 percent were exposed to uncovered sewage. Furthermore, the figures revealed that 90 percent of the roads in al-Hasaka are dirt roads, and only 3.4 percent are paved roads.

Even though successive Syrian governments often praised the advanced health care system in the country, only a few health centers actually existed in the area. About 97.8 percent of al-Hasaka villages completely lacked dispensaries, while 99.2 percent of villages didn’t have medical clinics and 98.7 percent of villages had no pharmacies.

Where are all the development projects that we have heard about for years before the crisis? Whatever happened to the billions of Syrian pounds allocated for such projects?

According to the national report on the Syria 2025 project “this area is considered the main reservoir of domestic production in the primary sectors of agriculture and extractive industry, while its residents are the poorest in Syria. Poverty rates and low human development are driving away skilled labor and human capital to foreign countries, further increasing the development gap compared to other areas in the country, making this area even more prone to extremism.”

Putting foreign intervention aside, even though it contributed to inflaming the crisis, today the main challenge that Syria’s institutions have to face is related to internal factors. However, these factors may differ from one region to another, despite the fact that all these regions have been transformed into warzones.

In regions enjoying high ratings on the human development index, the state has to put forward a policy with a different perspective than the one designated for poorer and less intellectually and socially developed regions.

In the first, the state has to search for answers about the reasons that pushed people to rise up, while in the second, what happened was expected and the question asked should be: How did we get here? And who is responsible?