Analysis. The Syrian government army taken the Deraa region in the south of the country. President Bashar al-Assad now controls almost all of Syria, from Aleppo to the Jordanian border 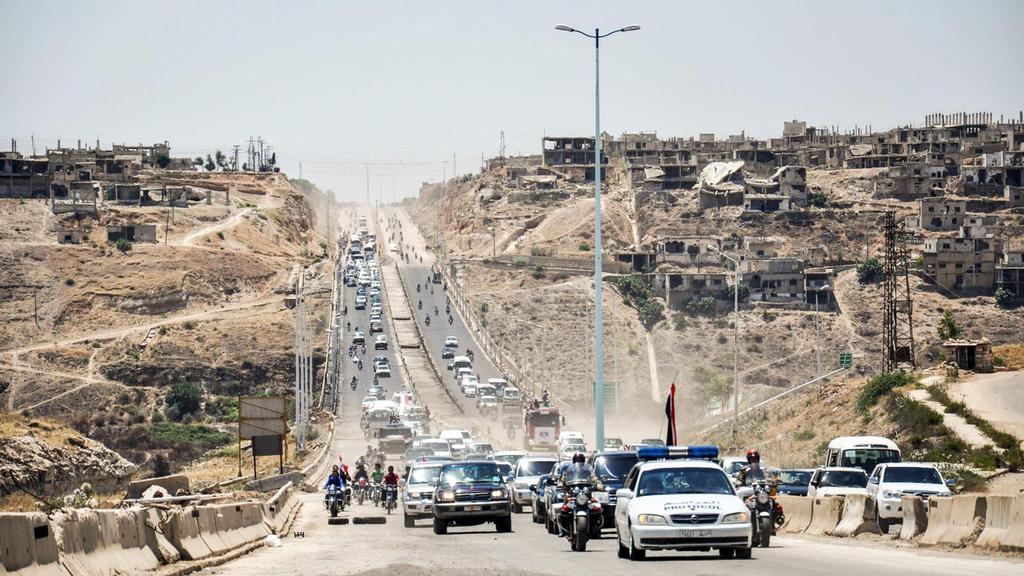 Anyone looking for an original way to measure the progress of the war in Syria should simply measure how much the Syrian army controls of the 450-kilometer-long M5, the highway that crosses the country from north to south, from Aleppo to the border with Jordan, and which the army has been reconquering piece by piece. It is a vital communications artery, which the Syrians classify as an “international road,” and which runs through rural areas, industrial areas and four large cities. Advancing along this road, the government forces have taken most of Syria back from the jihadist and Islamist “rebel” groups.

“It’s quite telling—you can go back and look at the timeline of fighting and see there’s a coherent military approach to retaking the M5,” Emile Hokayem of the International Institute for Strategic Studies told the AFP a few days ago. “The main wealth, the industrial, infrastructural and urban areas, are located along this line … [Damascus] all along wanted to keep control of all these nodes.” While the liberation of Aleppo at the end of 2016 marked a turning point in the war in favor of Damascus, now the conquest of Deraa, on the other side of the country, is the newest landmark testifying to the extent of the military success of President Bashar al-Assad.

The surrender two days ago of the myriad groups and formations in the south of the country that Western governments have been stubbornly insisting on calling “rebels against the Assad regime” for the past seven years, regardless of their actual ideology and their ideas for Syria’s future, has now given the central government control over more than two-thirds of Syria. Of course, the war is not yet over, as, for instance, the pockets of ISIS resistance are still a thorn in the side of the government, but its course has now been mapped out. Damascus has won, with the decisive help of Russia and the Lebanese Shiite fighters of Hezbollah, as well as the contribution of Iran. On the opposing side, France, the US and the Sunni monarchies of the Gulf have invested immense financial resources into toppling al-Assad, all in vain. Seven years on, he is still in power.

Israel is still playing games in southern Syria, but its hopes of being able to use the “rebels” to control the Golan Heights (which has been Syrian territory since 1967) as a protective buffer zone have now faded. For three years, ever since Moscow first got involved in Syria, Benyamin Netanyahu has been trying to persuade Vladimir Putin to guarantee him a southern Syria without Iranian “hostile forces” near the Golan Heights. In recent months, Israel has been risking starting a regional war by launching continuous attacks against positions in Syria that they suspect are held by Iran and the Lebanese Shiite movement.

Now that Assad controls all of the M5 up to the Jordanian border at Nassib—a strategic border crossing point for the resumption of trade between Syria and Jordan—the Israeli prime minister will have to make his peace with the government army occupying the south of Syria. The only thing he can hope for is to be handed a “gift” from Putin and Trump after their mid-July summit.

By the weekend, more than 20,000 people of the approximately 320,000 Syrians displaced in recent weeks as a result of the army’s offensive against Deraa in southern Syria have returned home, in 13 different cities and towns now under the control of the government. Their return (with many more to follow) has been made possible thanks to the ceasefire and the agreement brokered by the Russians, to be implemented in three phases, between the government forces and the jihadi and Islamist groups, who are giving up and are ready to hand over their weapons, which have been more and more of a burden lately.

Local police will be tasked with ensuring the security of the liberated areas. Any “rebels” who reject this deal will be able to retreat with their families to the Idlib province, where the militias defeated by the army in recent months in Ghouta and other suburbs of Damascus have already been confined. A crucial milestone will be the taking of Quneitra, near the Golan Heights. Israel might again take aim at the Syrian army, accusing them of getting too close to the armistice lines. The situation in Sweida has been settled, as well as in the other population centers populated by the Syrian Druze people, who have stayed out of the conflict but are de facto allies of the government. The army will have full control over these areas, in exchange for the Druze being able to run the civil administration in their regions.

Furthermore, negotiations are ongoing between Damascus and the Kurds, who have decided to break away from the alliance with the US after Washington’s support for Turkey’s offensive against Afrin and Rojava. According to al Watan daily newspaper, the Kurds are said to have agreed to transfer control over the northern oil fields and the city of Raqqa to the government. In return, they are set to receive political status and autonomy for Rojava, their fighter groups will be officially recognized and classed as part of the Syrian army, and their language will be taught in public schools in the Kurdish areas. There has been no confirmation yet of these terms from the Kurdish side. Bena News