After JASTA: the threat to Saudi Arabia

The U.S. JASTA (‘Justice Against Sponsors of Terrorism Act’) act comes at a crucial time for the survival of Saudi Arabia as a united state, argues an Egyptian commentator 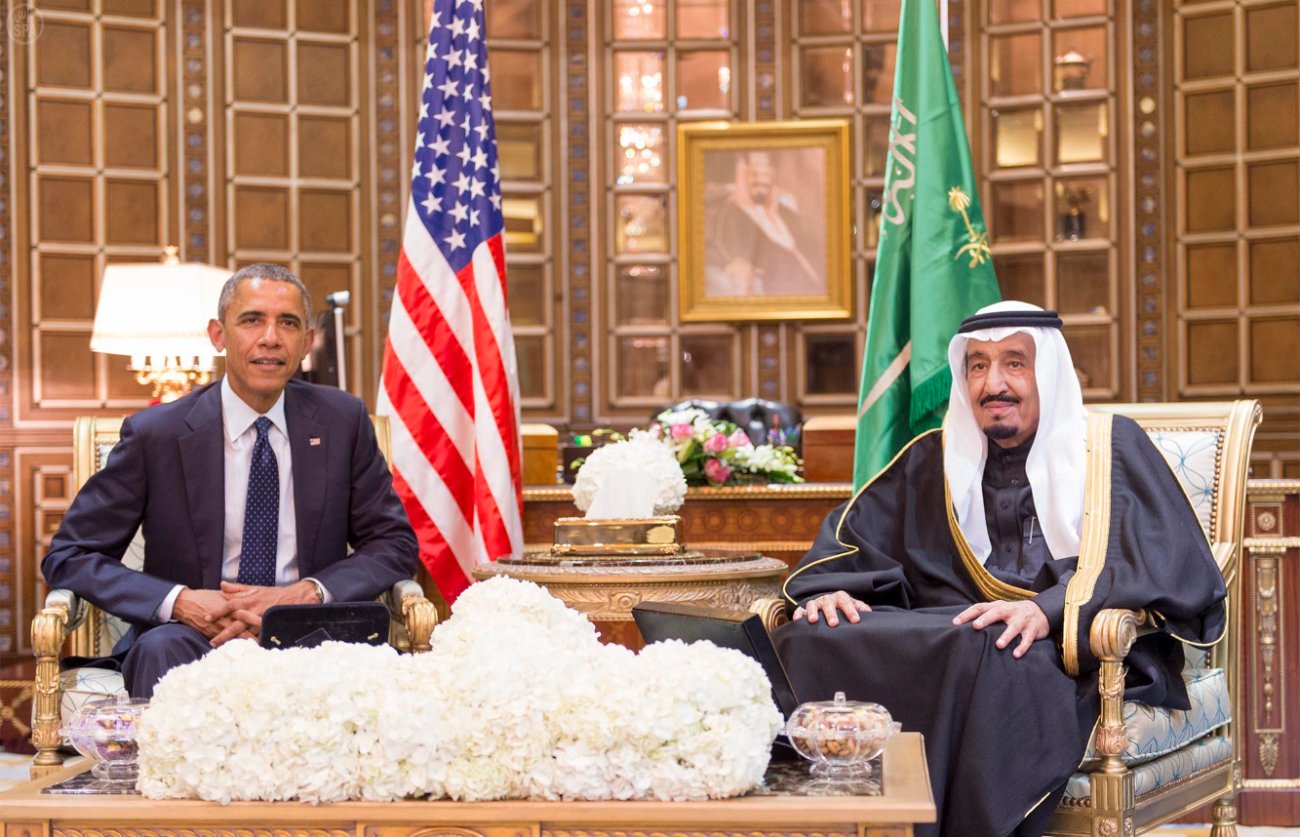 Saudi Arabia faces serious existential challenges that are unprecedented since the establishment of the state in the 1930s.  This is no longer debatable in light of the multiple crises that are laying siege to the Kingdom at home, in the region, and around the world.

The nature of its relations with its age-old ally, the U.S., is now subject to question and doubt. What used to be almost stable is now open to concern about its future. The scale of its regional retreat in more than one dossier at the same time, subjects it to new doubts and poses a question as to its ability to emerge safely when the shares of influence and power in the region will be distributed, or the new maps are drawn after the war on ISIS and after any possible resolution of the Syrian crisis. And the timing, of the U.S. Congress’ override of the presidential veto against the ‘Justice Against Sponsors of Terrorism Act’ (JASTA) sends a fateful warning that goes beyond being a merely legal matter for the Kingdom.

A common notion explains JASTA and the veto override in primarily electoral terms. According to this view, the object is to gain the [American] voters’ support and to stress the commitment to fighting states that sponsor terrorism and uphold the legitimacy of the 9/11 victims’ families’ ability to act in the local courts. There is some truth to this view; but it does not reflect the entire truth.

Consider the following facts: only one senator supported the presidential veto, while 97 voted to override it; 77 representatives opposed JASTA, while 348 supported it. That amounts to almost a unanimous vote in JASTA’s favor and has decisive implications regarding the extent of the deterioration of Saudi Arabia’s image in American public opinion, which ultimately elects its representatives. Moreover, the almost total accord between the Republican and Democratic parties on overriding the presidential veto politically implies that the U.S. establishment is radically reconsidering its relations with Saudi Arabia, and in dealing with the future when the time comes for distributing power and influence, and drawing maps.

Although this controversial law violates the American law that binds legislators to the bases of international law concerning the immunity of sovereign states that forbids lawsuits against them before foreign courts, an overwhelming majority in Congress has passed an unconstitutional law. In short, Congress has contravened international law as well as turning against its Saudi ally. And this points to possible new approaches to the Kingdom.

We are not in a legal contest here for us to try to prove Saudi rights and the slander against it for crimes it has not committed – even though, according to the White House, none of its senior officials have been proven to have backed or financed the 9/11 attacks. The essence of the problem is political and not legal, and has to do with changing calculations, not with historical facts.

The law may be reconsidered so as to avoid sliding into dangerous areas that may damage the U.S. and bring charges against it for violations before foreign courts. Still, the ‘JASTA message’ is a bullet that has already been fired and its resounding effects will not be confined to legal disputes or the law itself.

If we consider the context, there was no great surprise about the presidential veto override and the passage of the bill despite all its improprieties. When the nuclear agreement with Iran was revealed, Saudi Arabia and other Gulf states expressed their great displeasure that this would lead to new regional arrangements that would elevate Iran’s role at their expense. Despite Barack Obama’s administration’s efforts to absorb this displeasure and despite the contacts – some behind closed doors, and some at summit level under the limelight in the White House – suspicions remained in place.

Then, in a long interview with The Atlantic, Obama expressed a negative attitude towards Saudi Arabia, directing a torrent of criticisms at it that led to semi-official responses on its part. The Americans were not happy with the Saudi rush into the region’s crises with supplies of arms and money. They believed that this would implicate them into the region’s quagmires that the U.S. president wants to avoid.

As we draw nearer to the U.S. presidential elections, the competing candidates are almost equally bad from the perspective of Saudi calculations. Hillary Clinton adopts the essence of the Obama administration’s position, while Donald Trump would go far in harming Saudi/U.S. relations since according to what he has said, Saudi Arabia will have to pay in return for its protection. And this reflects a general climate in the U.S. that seems to exclude almost no one. The differences are in the formulation of the position, and do not concern their basic premises.

In other words, U.S./Saudi relations are not expected to return to their former status. The rules of the game are changing, and the calculations of interests are being amended.

Between the two world wars, U.S./Saudi relations were established and deepened, until they reached their climax during the Cold War years. After all, oil wells and Israel’s security head the list of U.S priorities; and for its part, Saudi Arabia needs the U.S. military umbrella to protect its resources and ruling regime.

But there have been changes to this formula. That which the U.S. could turn a blind eye to when viewed from the perspective of oil interests – such as the permeation of ‘Wahhabism’ in the structure of state and society in Saudi Arabia – has now became the subject of questioning in the U.S. The extent of Saudi Arabia’s responsibility for the spread of violent and terrorist manifestations and groups has now become subject to scrutiny.

But the U.S.’s problem here is that the charges directed at Saudi Arabia have to do with issues in which its own successive administrations have been implicated –such as sending mujahideen to fight Soviet forces in Afghanistan. The phenomenon of Osama bin Laden arose from this context. Documents also show that it was the CIA that supervised that entire game, in which Egypt also became involved and paid a heavy and bloody price at the hands of those referred to as ‘the returnees from Afghanistan.’

And although it was the U.S. and other regional players such as Turkey, that encouraged and called for the arming, training and financing the Nusra Front in Syria that emerged from under al-Qa’ida’s mantle and that adopts its ideology, the U.S. holds Saudi Arabia alone responsible for this.

In other words, there is a demand that Saudi Arabia should settle all the bills: that of terrorism and the responsibility for its spread, and that of the Syrian crisis and the arrangements that will ensue in the region. And if Saudi Arabia’s internal makeup is shaken, American hands will move at lightning speed and grab the wallets and capital investments that amount to over 750-billion dollars [in the U.S.].

Saudi Arabia’s problem as it faces the most serious test in its entire history, is that its internal immunity is subject to additional questions and doubts. The likely conflict over King Salman bin ‘Abdulaziz’s succession suggests unbearable rifts within the ruling family at a very awkward time.

Deputy Crown-Prince Mohammad bin Salman is an unrestrained character. He has involved his country in a war in Yemen that cannot be won by force of arms. He spent vast financial resources, exhausting the general budget with the fall in oil prices. He exerted pressure to transfer sovereignty over Tiran and Sanafir from Egypt to Saudi Arabia as a testimony of his ability to demonstrate that he deserves to have power transferred directly to him, bypassing Crown-Prince Mohammad bin Nayif.

If such rifts do emerge, the very survival of Saudi Arabia as a united state may be in question given the new policies of its American ally, and the worsening regional crises where it is stumbling and slipping – from Yemen to Syria to Iraq, and even to Lebanon.

Saudi Arabia has no time for displays of power that it does not have; nor can it claim leadership for which it does not possess the credentials. What it needs is to expand its vision and acknowledge the need for internal reform. After all, it has a growing middle class and modern elites that are well aware of what is happening in the world.

“It has to work towards building an Arab position that protects the nation and repulses attacks on it, and it must do this by convincing others, not by any other of its customary means