The results of the Gulf Cooperation Council (GCC) consultative summit that was held in Riyadh Tuesday suggest that the region – especially Syria and Yemen – is on the threshold of a major escalation. But it is not clear whether the GCC states can live with the consequences of the escalation they are pushing for 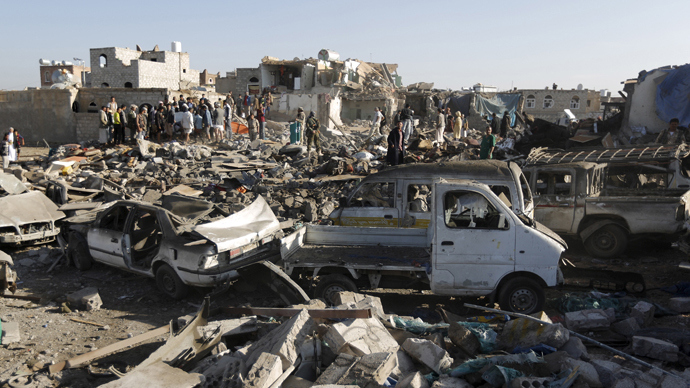 Three major developments cast their shadow, in one way or another, over the Gulf consultative summit held in Riyadh on Tuesday. This may have an impact on the three issues that headed the summit’s agenda – the Syrian crisis, the Yemeni crisis, and Gulf/Iranian relations:

— The first such development was the announcement by Houthi Ansarullah Politburo member Bakhiti that ‘dialogue between the various political forces was going on in Sana’a till the [Saudi-led] aggression began; we demand to return to that dialogue and to the point at which it ended, but any other dialogue in Riyadh or elsewhere does not concern us.’ This means that the Houthi current will not accept Yemeni President ‘Abed-Rabbo Mansour Hadi’s invitation to take part in a dialogue in Riyadh on May 17th. Heading to Riyadh and taking part in that dialogue could be explained as raising the white flag and signing a document of surrender that admits defeat.

— The second such development was the decision taken by the Education Department in the Saudi city of Najran near the borders with Yemen to suspend classes in all schools and halt all flights to the city’s airports until further notice. This was because mortar shells fired by the Houthi Ansarullah from inside the Yemeni borders had fallen in the area. Operation Decisive Storm’s spokesman, Brigadier-General Ahmad ‘Asiri threatened that this action would not pass without response, suggesting Saudi plans for an even fiercer bombardment.

— The third development was the Senegalese government’s deployment of ground forces consisting of 2100 soldiers to ‘defend’ Saudi Arabia. This came after new Saudi Foreign Minister ‘Adel al-Jubeir’s statements about ending Decisive Storm’s air raids, and Saudi King Salman bin ‘Abdulaziz’s announcement that a center for providing relief for the Yemenis has been established in Riyadh. No such relief work can be done while the air raids continue. Therefore, it is if as the Senegalese are ‘going to perform the Hajj while everyone else is on their way back’ [as the Arab saying goes].

When we say that all these developments are connected, what we mean is that it is impossible to separate the Syrian and the Yemeni files from each other because those involved in both are the same, and are fighting each other either directly or by proxy. But what may be gleaned from the Saudi monarch’s inaugural speech at the GCC consultative summit is that the Gulf states and their allies have decided to escalate forcefully in Syria to compensate for any failures in the Yemeni file, and to intensify pressures on Iran in this regard.

The Saudi monarch was clear about this when he stressed in the abovementioned speech using a few carefully written words, that ‘there will be no role for Syrian President Bashar al-Assad in Syria’s future.’ At his press conference, Qatari Foreign Minister Khalid Al Attiyah confirmed this escalatory path when he announced that a conference for the Syrian opposition would be held in Riyadh to ‘draft a plan for administering the interim phase after the fall of Bashar al-Assad’s regime.’

Escalation in Syria – including moving the Syrian opposition’s conferences and meetings to Riyadh, the new and most important supporter of that opposition, after these conferences kept shifting between Doha and Istanbul throughout the past four years – may lead to counter-escalation in Yemen, specifically along the Saudi/Yemeni borders. This may have already begun, with the firing of mortar shells, and it is not unlikely to develop tomorrow or the day after into rocket fire that may stretch from Najran to Jizan, and perhaps to Abha, the capital of ‘Assir Province. A senior Yemeni official I met in London by accident a few days ago confirmed this. According to him, the Houthis self-restraint may not last for long. 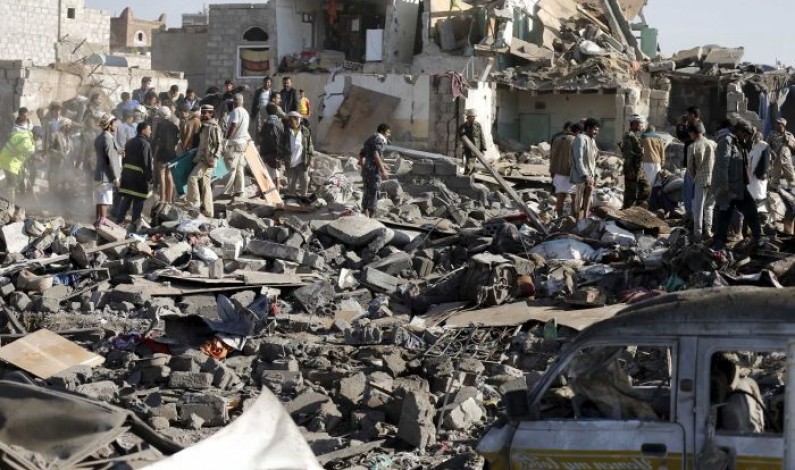 This escalation in the Syrian file – both at the political level (the planned opposition conference in Riyadh) and at the military level (the recent intensification of financial and armed support for the opposition) which led to the capture of Idlib and Jisr ash-Shughour in the north, and Bosra ash-Sham in the south, and French President Francois Hollande’s attendance of the GCC’s consultative summit as the first foreign leader to do so since the Council was formed in 1981, will together or separately influence the agenda of the planned Camp David summit called for by U.S. President Barack Obama on May 13th. They are intended as pre-emptive messages to the U.S. president.

To explain more, by inviting the French president as a dear friend, the GCC summit aimed to warn President Obama that it has already begun to search for alternatives to the U.S. as its main ally and source of armament. Therefore, it was no coincidence that following Egypt the UAE and Qatar, both bought French-made Rafale jet fighters in arms deals exceeding 20 billion dollars.

We can confidently predict that we are on the threshold of a hot summer in the region, one that may be scorching hot in fact. Operation Decisive Storm may have run out of targets in Yemen and is beginning to yield negative results because of the deteriorating humanitarian conditions, the destruction of the country’s infrastructure, the closure of airports, the siege to seaports, and the collapse of health and other services. But we believe it is not unlikely for it to move now to Syria, albeit in other forms. The imminent battle of Qalamoun may be the first sign in this regard. The attrition in Yemen may be paralleled by attrition in Syria in the battle of endurance currently raging there. The question is this: Who will scream out in pain first?

The Saudi leadership fully realizes that as it resorts to escalation in Syria, it has a short timeframe that does not exceed two months to achieve the most gains. This is because Iran’s hands and feet will be shackled during these two months as it focuses on signing the nuclear agreement with the six major powers by the end of June at the latest. It does not wish to do anything that could jeopardise this agreement.

The various files are now all mixed up together and their dossiers are interconnected. But the most significant development is that the Yemenis – and this may be true of the Syrians before them as well – have begun to grow accustomed to the bombardment, the noise of warplanes breaking the sound barrier, and the exploding missiles. Nothing surprises them anymore, and they also have nothing to lose anymore. This is similar to what happened to the Lebanese before them during their [1975-89] civil war, or to the people of the Gaza Strip who have had to live with Israeli naval, ground, and aerial bombardments for weeks if not years. This is despite the fact that we admit that there are numerous differences between these various cases.

The most pressing question here is whether the Gulf states, and Saudi Arabia in particular, can bear the consequences, extensions, and outcomes of this war. In return for what? And to what end? We may find the answers to these questions from the developments of the coming weeks and months”.